Location: A strip mall just across from CBS studios near Fairfax 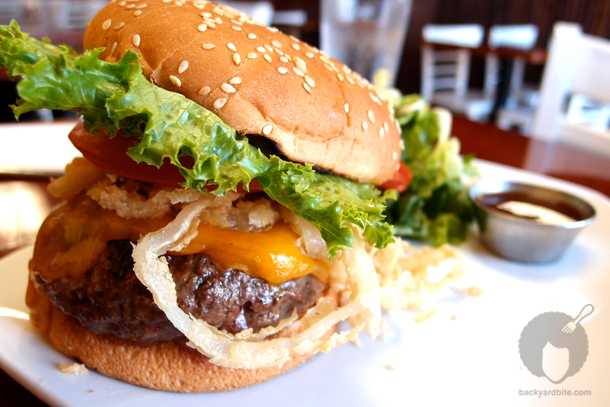 After spending 10 hours packing and moving into a new apartment, I was left exhausted, sore, battered and starved. I certainly did not feel like sifting through moving boxes in search of a pot or pan to cook with. It was late and I had just about enough energy left to pick up the phone and place an order. Tired of pizza and not really feelin’ Chinese I gave Food Fair by Diego a call. Diego might as well have been Superman in that moment because he literally saved us. A delicate white fish with sautéed peppers and an amazing chicken with perfect potatoes, zucchini, bell peppers and eggplant. He saved us time, money and brought over the most delicious homemade food that hit the spot so good. 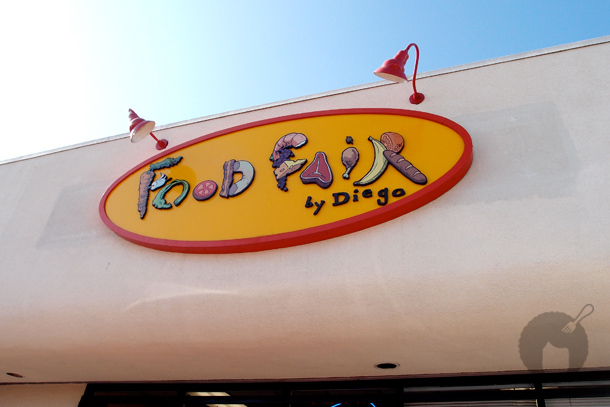 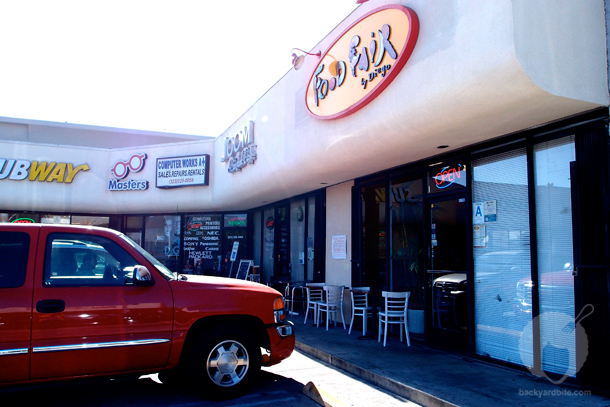 If you’re a fan of unassuming little foodie gems that only locals know about – Food Fair is for you. They are relatively new, having opened up late summer 2009, they didn’t gain a regular following until about a year later. A Groupon they offered in the beginning of 2010 also helped to get the word out about this place. WEHO locals and CBS employees had already figured out the little secret about the awesomeness of Food Fair. Tucked away, in a strip mall between the Bagel Broker and Subway, one would never think that such expertly prepared American cuisine is coming out of this little simple/artsy shop. I had the pleasure of chatting with the super nice, former Red O sous chef, Diego Balam and got a little back-story about his foodie baby; Food Fair by Diego. 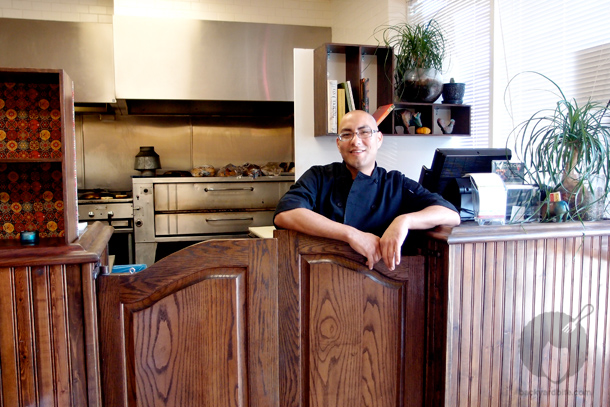 Diego wanted to create a type of food that was easily recognizable yet special. One of his popular menu items is his 8 oz. Dry Aged Angus Beef Burger with Crisp Applewood Smoked Bacon and onion Rings, comes served with original homemade BBQ sauce and your choice of cheese happily atop a sesame seed bun. You’ll notice that the food here is not frou-frou yet it’s classy. Expertly prepared, “dressed up” comfort food made to order, just for you by the owner/chef himself. It’s gourmet food at reasonable prices. 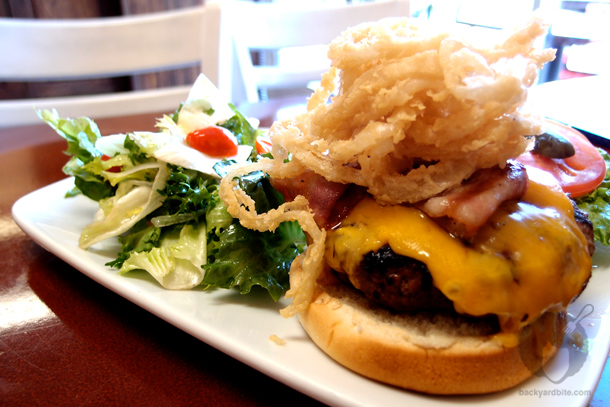 Cooking was just something else to do for the part Mexican, part Salvadorean, LA raised Diego. Growing up, his parents worked multiple jobs to make ends meet and he often had to make dinner for his brothers and sisters.  Diego was taught the basics of cooking from his mom and although it started out as a chore, cooking eventually became a way out. He has now been a chef for over 11 years and loves what he does.

While he can (from scratch!) make Pupusas, the traditional Salvadorean pancake-like staple, he refrained from adding it to his menu so that he wouldn’t be tempted to Americanize it. “I don’t really serve ethnic food. I would have to specialize in it to make it truly genuine. I wouldn’t want to take away from the authenticity.”

Instead, his customers and fans dictated what they wanted. The menu selection became adjusted and honed when his burgers and sandwiches started selling out. Since opening two years ago, his menu has since gone through 3 menu changes but now it’s settled into a nice mix of various comfort foods. Diego is truly “holding down the fort” at Food Fair. “I am the only cook in the kitchen” I look at things differently and try to give people what they want. I wanted to make a restaurant that I would want to go to myself” says Diego.

Proudly achieving 4.5 out of 5 stars on Yelp, Diego takes social media seriously. He actively reads his customers reviews. He said, “One customer gave me 3 stars on Yelp and it killed me… I don’t change the menu based on everybody’s opinion, but I do take their critique into account.”

Diego is very hip to trends. He changes out the art on the walls regularly to keep the restaurant design fresh. He features local artists he finds online and hopes to have an art show when he finds that special artist. He wants to have a big party. “We have wall space and a kitchen. We don’t have a liquor license but we can always have BYO wine for something like an art show, which would be cool.” 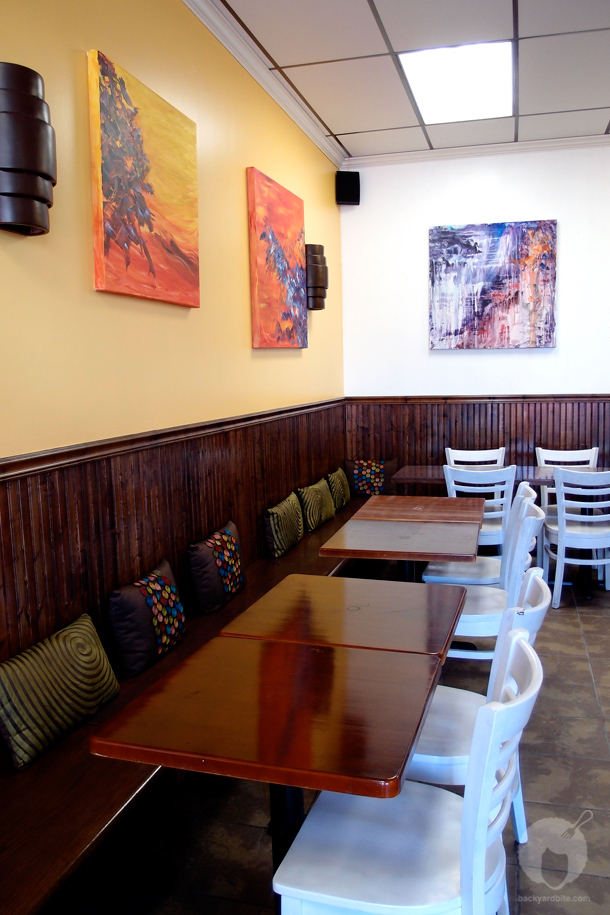 Diego hopes to eventually open up a franchise of small local restaurants in the same vein as Food Fair. The cuisines would change and every Food Fair would be different, but the style would be familiar and of course, delicious.

The best time to come by is dinner. They serve everything from homemade gnocchi and spaghetti bolognese to homemade chicken nuggets. Local favorites include fried calamari, the pulled pork, the veggie sandwich and the O-M-G-delicious-half-pound Angus burger with onion rings (on top of the burger!).

They no longer deliver (which makes me depressed) but they do offer a snappy Take Out.