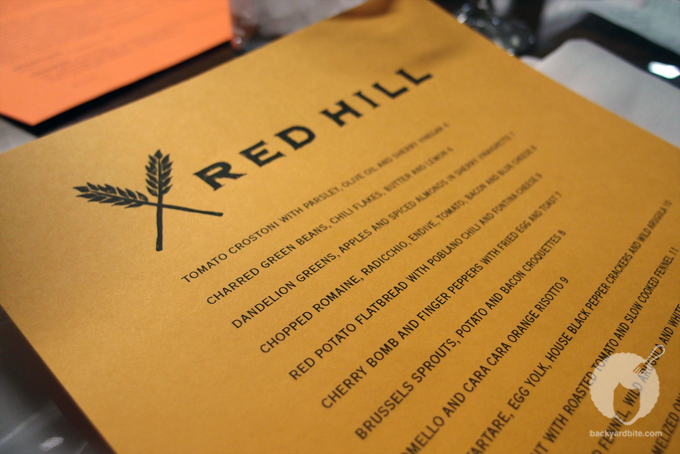 From the guy who gave you Local in Silver Lake, Chef Jason Michaud’s passion project, Red Hill already feels like it’s been in the neighborhood for years. Having recently opened their doors for business this past Thursday, I luckily scored a seat in what I was told, was their busiest night yet. Although he’s been in the kitchen every night since they’ve opened, tonight there was no sign of Chef Michaud who was probably taking a much needed night off. Still, with not even a phone yet set up to take reservations, word of mouth in this tightly knit Echo Park community has traveled fast. At 9 pm there was still a handful of foodies and locals waiting patiently to try a bite from this highly anticipated addition to the neighborhood. 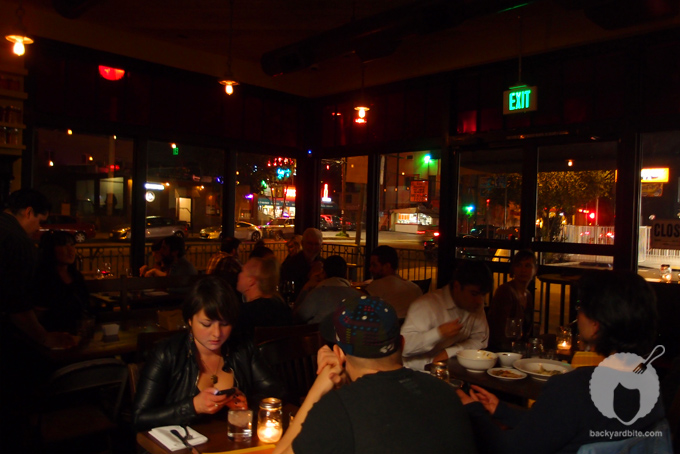 It’s a petite yet comfortable space, gently lit and smartly branded. There’s a lot of attention to detail going on here. From the cleverly colored yellow and orange menus printed (daily) on a heavy paper stock, to the modern yet industrial décor… the theme of the Red Hill is borrowed from a bit of the neighborhood’s history.

“Before World War I, Echo Park was a middle-class neighborhood, nicknamed “Red Hill” for a concentration of political radicals living there… Since it’s earliest days, the neighborhood has been known to attract the creative, underground, independent, and iconoclastic elements of society.” – wiki

For now, the menu is changing each day, as ingredients acquired from local farmer’s markets inspire. Similar to that of his successful hipster hangout Local, Red Hill’s menu features fresh veggies and rich flavors and may be best described as urban American cuisine. While there are various vegetarian dishes and a select gluten free or vegan dessert each night, Red Hill’s menu has delicious meat options as well. 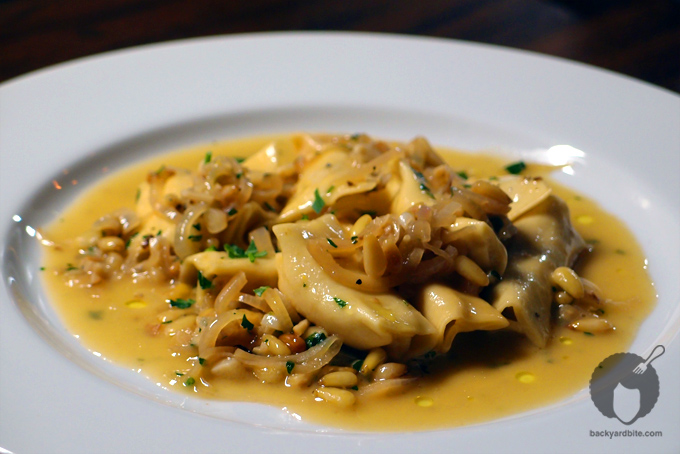 I’m not sure if the back counter will be a regular seating option in the future, but from where I sat overlooking the kitchen, it was a foodie’s dream. I watched as various plates were prepared and witnessed this young kitchen get their bearings. Chef Trevor Rocco looked like he could make these dishes easily in his sleep. Focused and meticulous, he whipped the newbies into shape as they learned the new system. 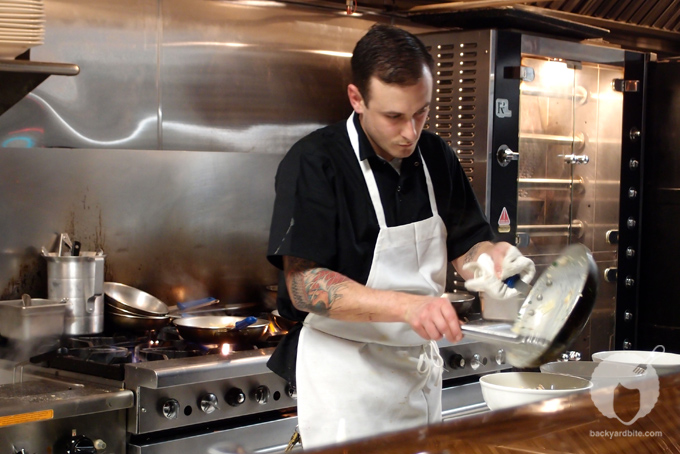 My favorite dish was actually a special of the night, the mushroom risotto, (which I’m going to guess were enokitake or winter mushrooms) mixed with a deliciously thick, creamy and cheesy risotto. I really hope this dish makes it to their final menu when it’s all said and done. It was SO good. 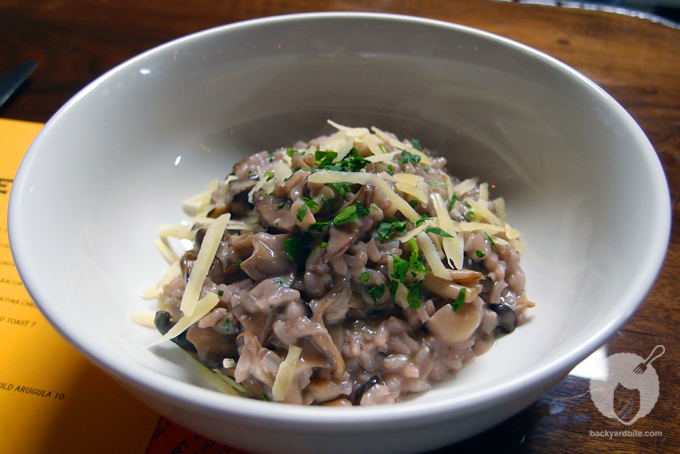 Other favorites were the crispy halibut on top a bed of tomato and fennel and the Brussels sprouts, potato, bacon croquettes which were just further proof that everything (even Brussels sprouts) are amazing when deep fried. 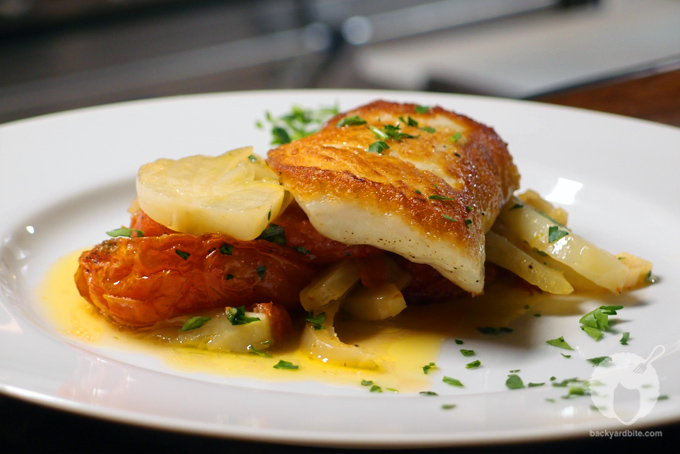 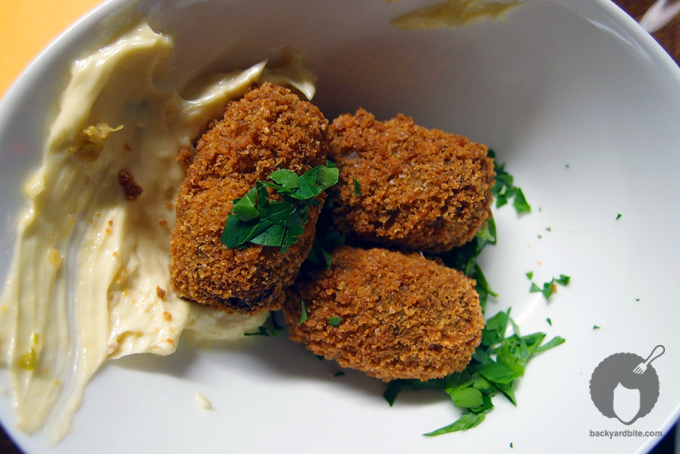 The split roasted ½ chicken was a popular dish coming out of the kitchen, as was the dandelion greens salad and spicy cherry bomb and finger peppers with fried egg and toast. 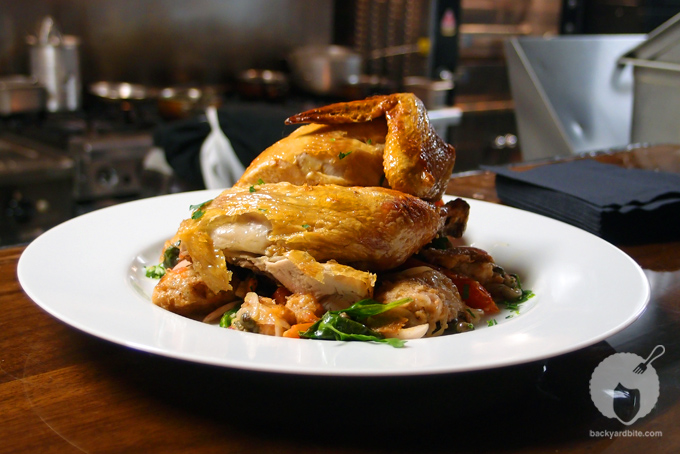 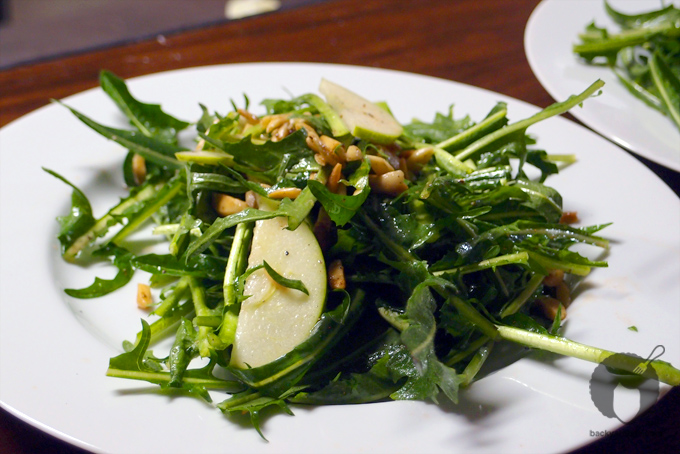 I also love that they offer one of my local coffee favorites, Cafecito Organico. 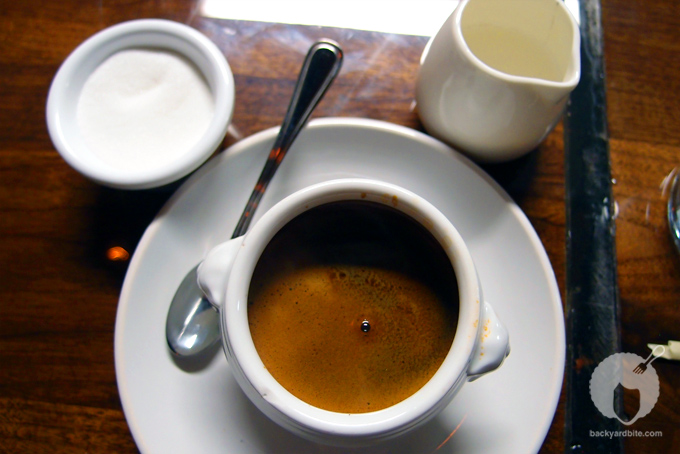 In addition to recently opening a Local Express near 4th and Hill St. downtown, Red Hill is further proof that Chef Jason Michaud is making a serious name for himself on the Los Angeles restaurant scene.

I can’t wait to come back and try the place again as soon as they open up for regular lunch hours… which is probably going to happen faster than you can say “radicchio.”

The kitchen is currently open Sun-Thu 6pm-10pm and Fri-Sat 6pm-11pm.

BYB Tip: They have FREE parking just behind the restaurant and you can also park at the Walgreen’s parking lot – it’s allowed!

*Note: The menu has been changing daily. Please observe the pictures as simply a reference to get a feel for their overall menu. About the author Amy T. Shuster is an actress, writer, singer and food enthusiast. Her blog is, backyardbite.com, which focuses on creating positive content to help generate awareness of local independent foodie “gems” in the Los Angeles area. Amy lives and dines in Los Angeles, CA.

Why You Should Have Your Coffee… Delivered

My New Series! : Quest for the Fest with Tastemade