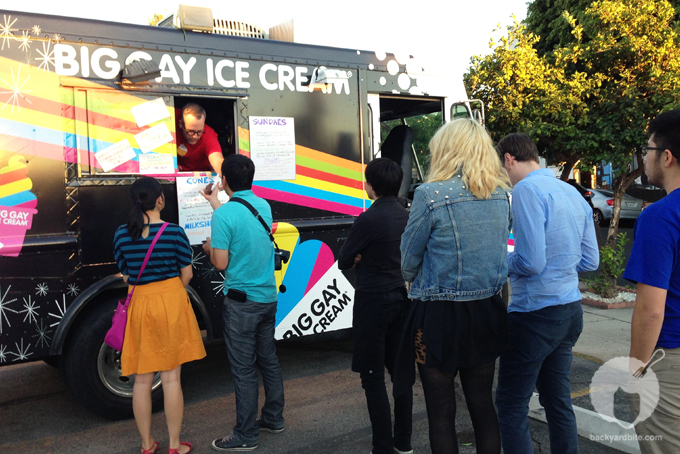 While driving down LaBrea avenue the other day, I had to do a double take when I saw this loud-ass truck on the street. I quickly did an illegal U-Turn and parked my car faster than you can say “in Bea we Trust.” I had heard about these guys from my friends who live in the Big Apple, and until now, this truck had only been a figment of my imagination… you know, like how a big-gay-sparkly-rainbowed-ice-cream-licking unicorn would be. 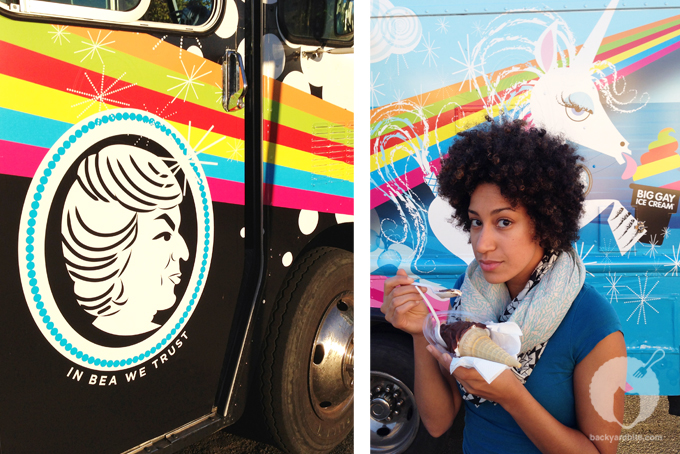 Turns out, the founders Doug Quint and Bryan Petroff decided to make a quick pit stop in Los Angeles before parking the truck up for the winter. 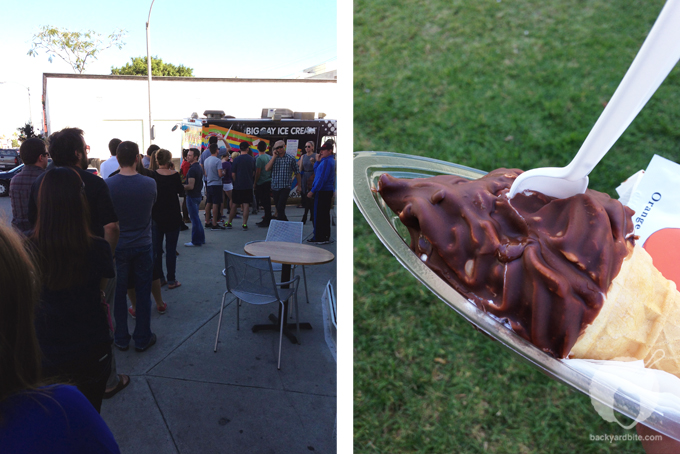 As word caught on about their arrival, the lines grew longer and longer. My New York based foodie friends were quick to recommend their favorites to me; “Get the Salty Pimp!” “Try the Mexican Affo’gay’to!” 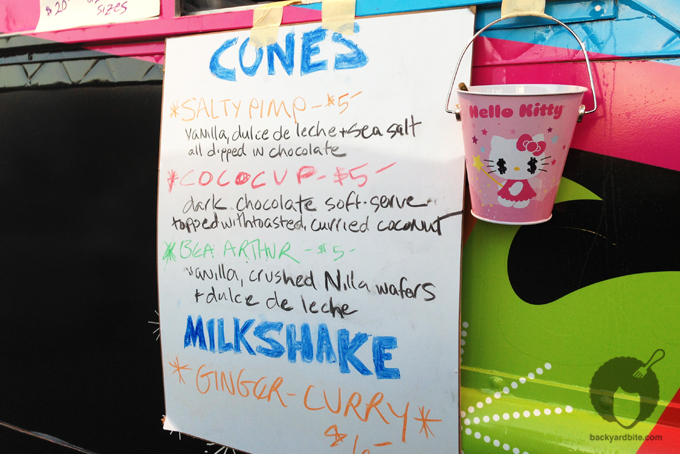 I swooned over the salted-caramel infused vanilla ice cream cone, d/b/a “Salty Pimp.” Then I was compelled to get back in line to go another round, this time ordering the “Bea Arthur” – a vanilla ice cream with crushed Nilla wafers and dulce de leche. I chose the Maker’s Mark butterscotch syrup on top too, just for shits and giggles. It was a subtle yet flavorful, unadulterated – Mmmmm! 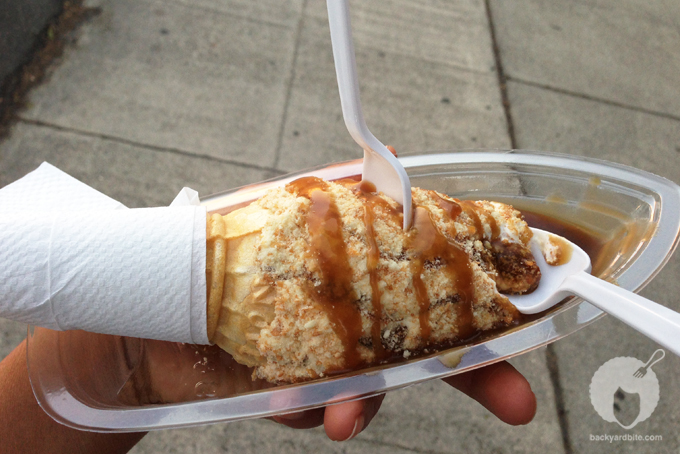 Both flavors were delicious, in a familiar old-school, soft serve-style. They both were served up in a sturdy (drip-proof) cone. 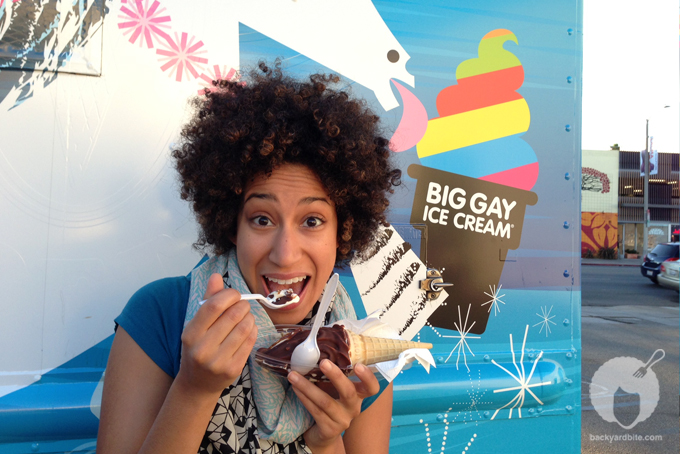 The truck was loud (in a fun, New York-loud way) and the owners were dispensing the ice cream the way it always should be: “with humor and good cheer.”

Owner Doug agreed to a photo with the Backyard Bite and helped himself to a cuddly snuggle with the ‘fro as well. 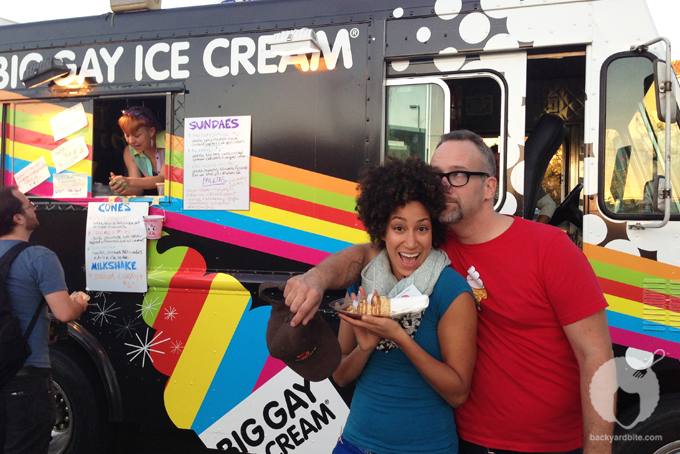 The truck is only in LA for a couple more days (single tear). Check out their website or twitter feed for the remainder of their L.A. schedule. Or if you miss out this time around, be sure to pay them a visit when you are in the Big Apple. 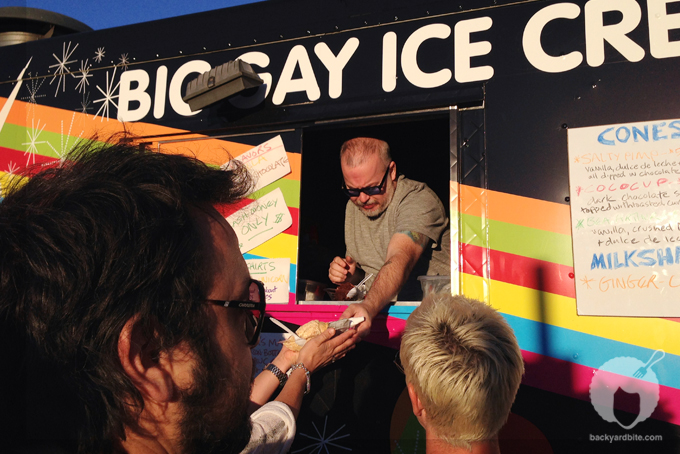