I can’t begin to tell you how empowering it is to know how to properly wield a knife… in a kitchen, that is. Just a week before I enrolled myself in the knife skills class at Gourmandise School of Sweets and Savories I sliced a nice little piece of skin off my index finger with a bread knife. As happy as I was to finally get to use my newly purchased Pac Man bandages, I was also a bit embarrassed.

I’m pretty comfortable in the kitchen, since I’ve been going solo on homemade meals since I was a pre-teen. However, something was slowing me down and I had to figure out what I was doing wrong before I started losing digits. 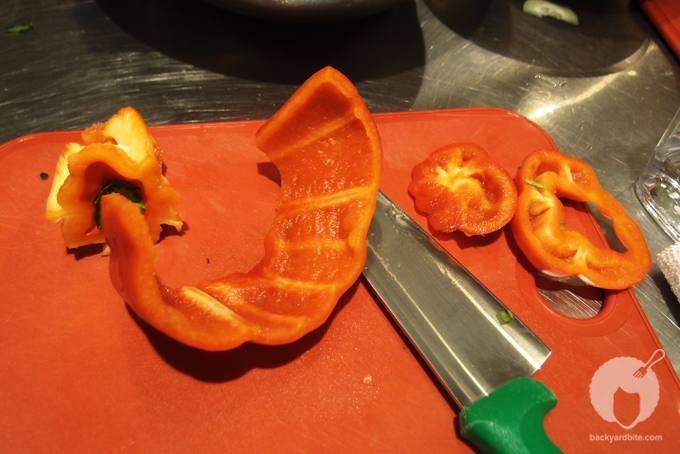 I chose to take a knife skills class at Gourmandise because I had been to the school before and really felt comfortable with the teaching style, class size and kitchen equipment. Our class that night was a good range of newbie’s in the kitchen to intermediate cooks and others who had taken some cooking classes before.

Our instructor, Chef Christianne was awesome at telling us what we were doing right… and wrong. She began the class by going down the list of knives often found in home kitchens; chef’s knife, veggie knife, slicer, boning knife, pairing knife, etc., and told us their proper uses. She also told us what we absolutely needed to have and what we could live without. Turns out those generic knife sets with 20 different assortments of knives you get at Kmart are pretty much unnecessary. Get a good chef’s knife, a decent pairing knife and a bread knife. That’s it.

Oh, and get to know a good professional sharpener. This is important. Chef Christianne was full of interesting facts like this and other FYIs. Sure, you could watch a bunch of YouTube videos to get the general idea on how to cut, but it was nice to have a first hand demonstration and instant answer for my many questions. 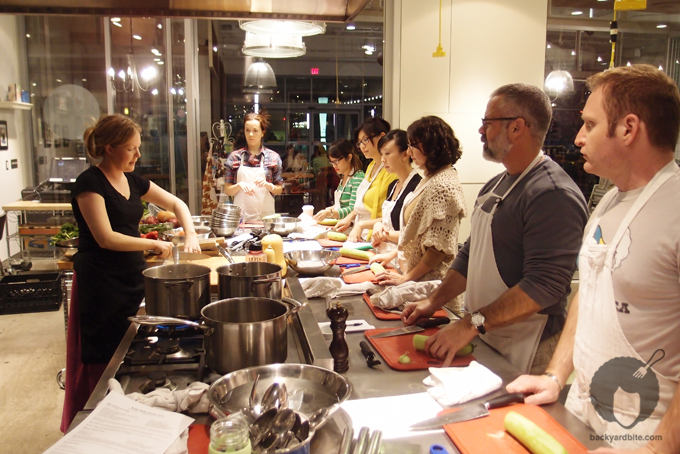 We practiced honing and sharpening our own knives and chopped lots and lots of vegetables –which of course we snacked on throughout the class. I finally learned how to properly slice and onion, a squash and a red pepper. All the fruits of our labor culminated in cooking butternut squash soup and a recipe for homemade minestrone – both of which I had always wanted to learn how to make and discovered are actually pretty darn easy. The three-hour class went by quickly and although I learned a lot, I didn’t feel overwhelmed. After I got home, I wanted to chop up everything in my fridge. That kuri squash that had been sitting on my counter top since November? That was the first to get cut. I had been previously very intimidated by the thing. Sad, I know. But something just clicked that night. Once I got the general idea about the pinching technique and making planks, sticks, and squares – I felt I could cut up anything. Well, maybe not everything. I may end up taking their Knife Skills 2 class so I can learn how to properly deconstruct a chicken once and for all. 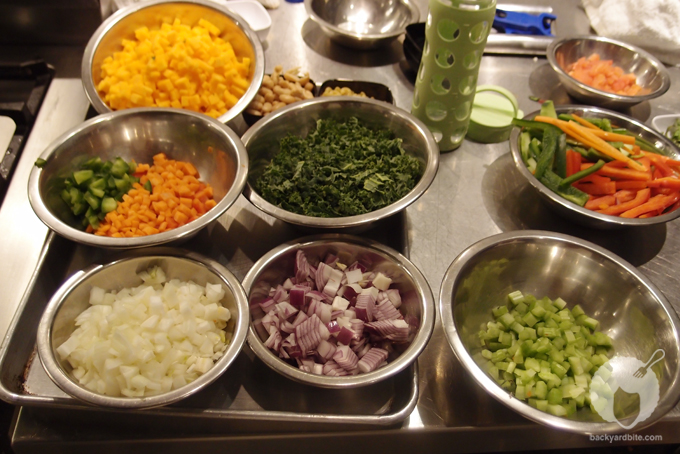 I had learned the basics of cooking at home from my mom, but I learned certain skills that night that made me feel more like a pro. Or at the very least, I wont be cutting my fingers with the bread knife anymore.

The Gourmandise School of Sweets and Savories teach everything from pro pastry classes to a 6-hour intensive croissant making class, to gluten free baking or a gourmet pizza class. Great for groups, gal’s night out, or a date.

BYB Tip: Use your KCRW Fringe Benefits card for a discount! 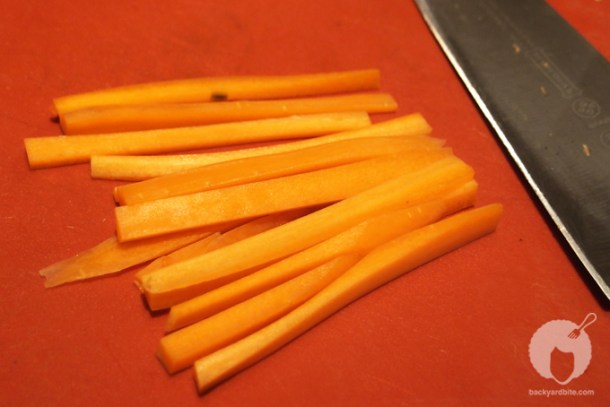 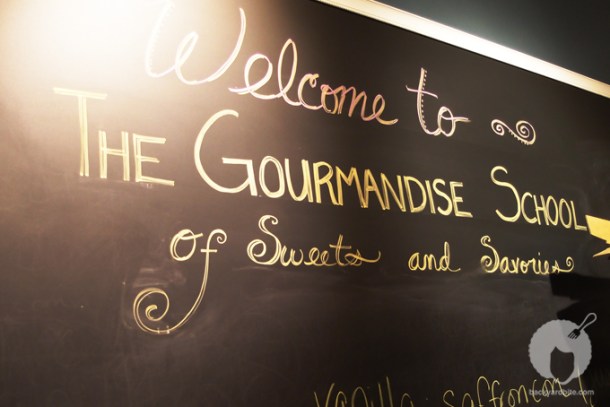 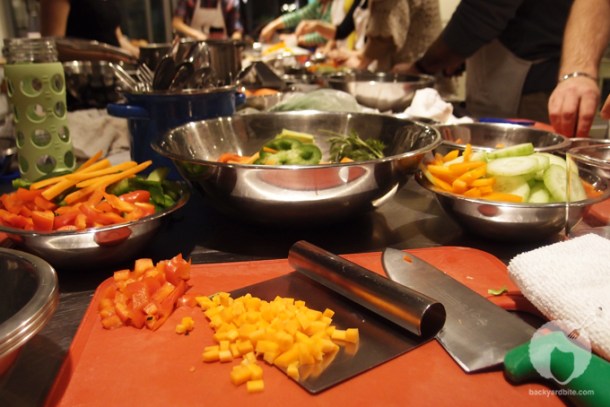 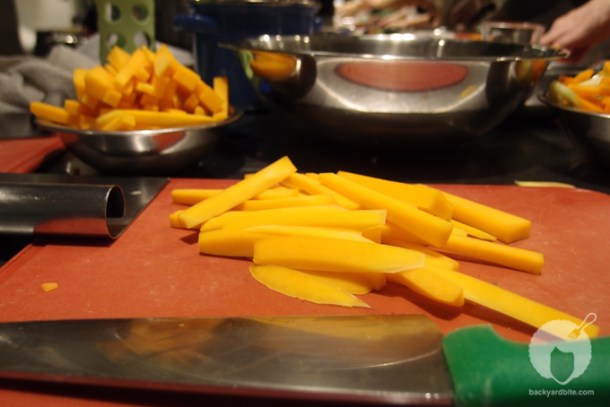 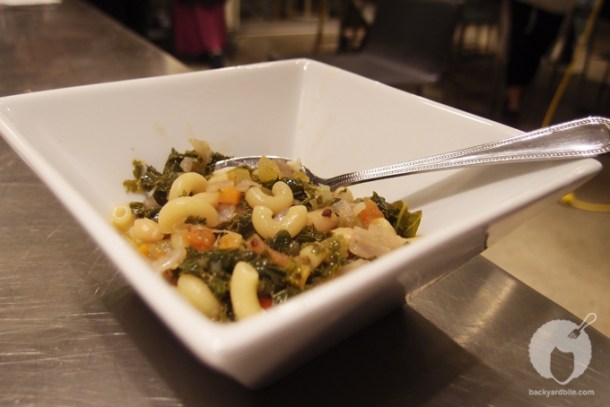 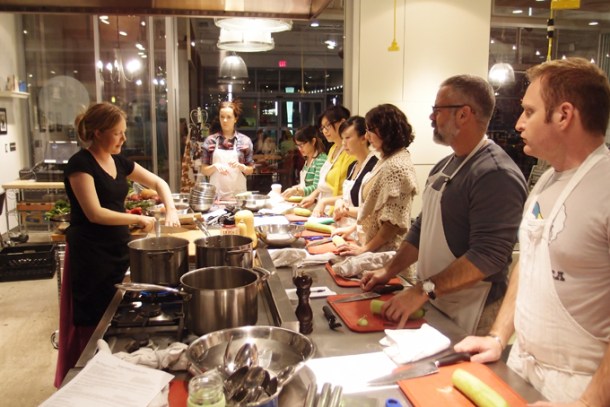 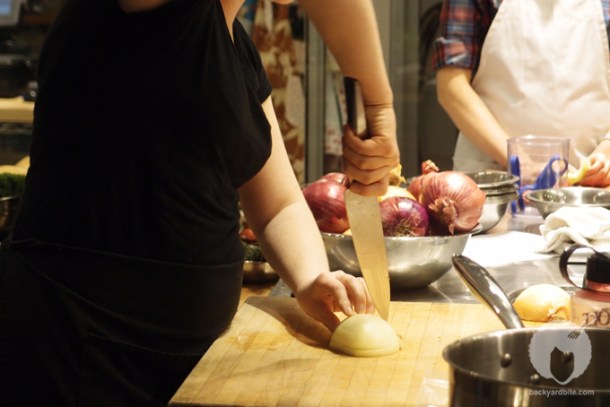 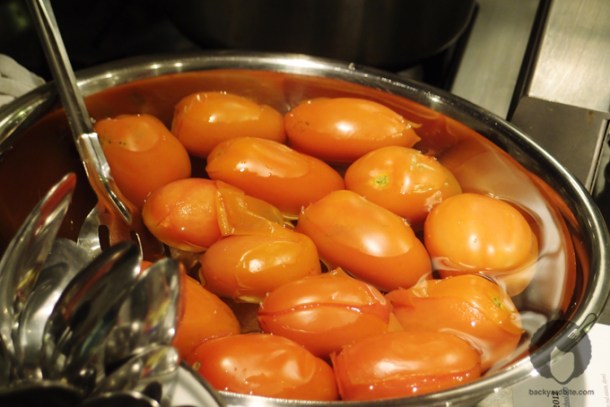 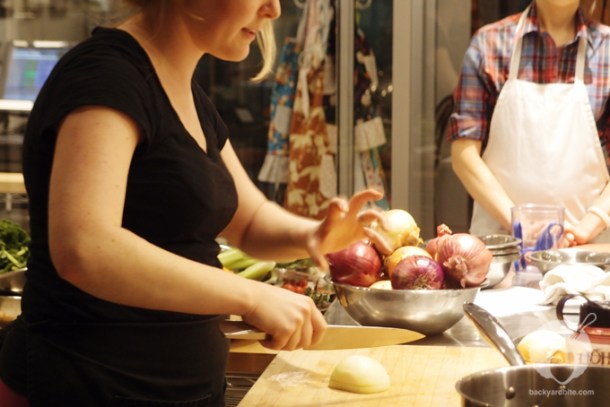 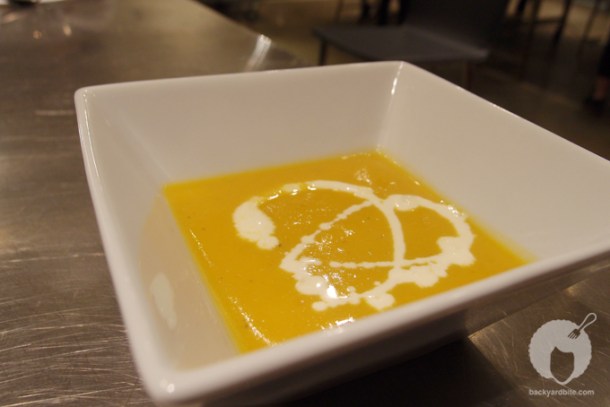 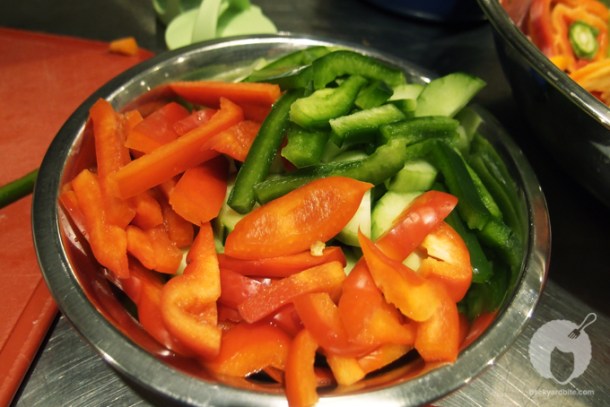 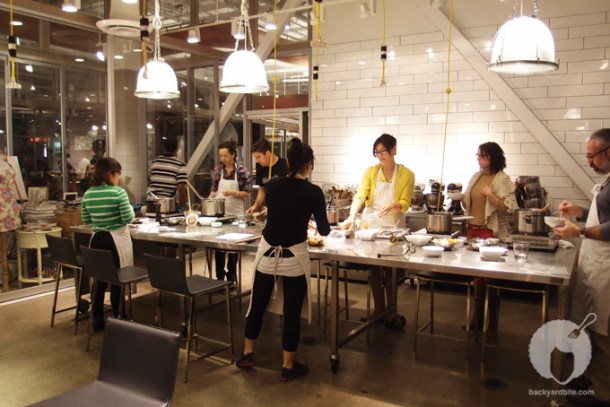