Last month, I was able to check out the super brew gem, Golden Road Brewing Company while attending my first ever, Winter Situational, a beer and bloggers networking event located in the “pub within a pub,” Chloe’s secret large back room. I call the brewery a super gem because I had to take two highways, make a couple of shady back alley turns over what looked like abandoned train tracks and then bust out my keychain flashlight to find the place.

The place reminded me of the mid-western breweries I used to visit in Chicago. It was a packed house full of beer aficionados – definately not bad for a Tuesday night. For the special event they provided small appetizers, beer sampling and plenty of networking opportunities. 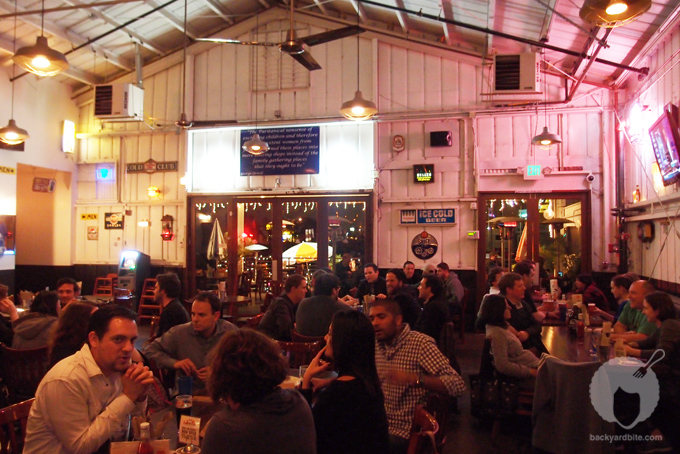 I tried the Get up offa that Brown a traditional English-style ale which had a subtle smokey malt taste. Their Barleywine was also good and strong. As a fan of darker beers – these two were nice as they were big in taste and full in flavor. 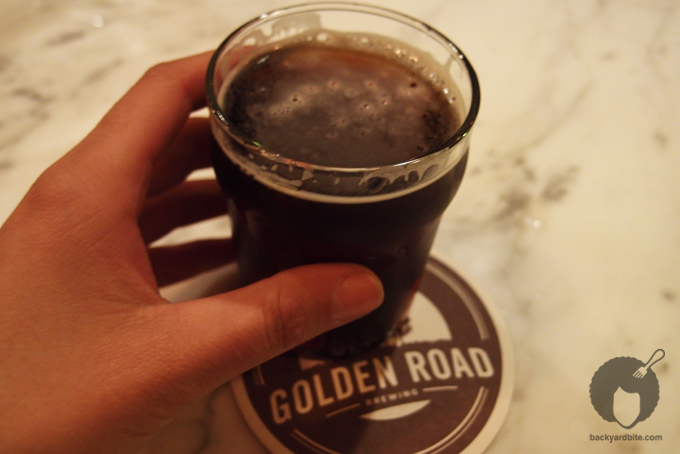 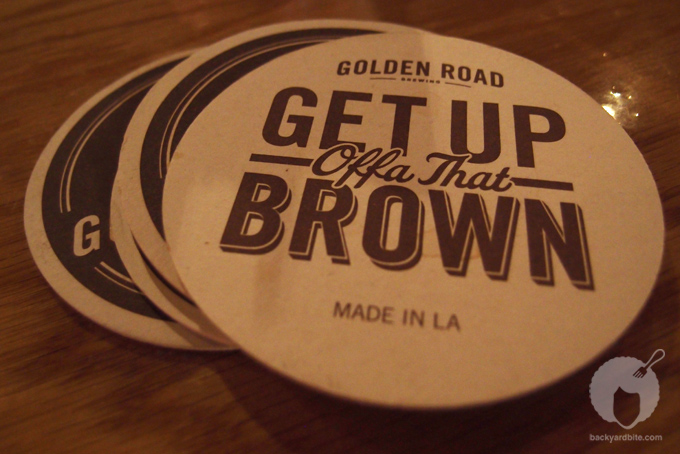 John Palmer and Drew Beechum, authors and home brewers, partook in a little Q and A and gave some tips to the attentive (mostly dudes!) beer-loving audience about home brewing methods and on writing about beer. 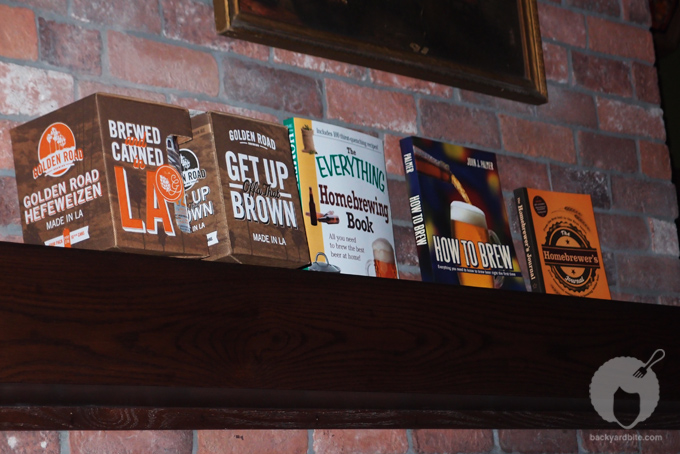 I chatted with the super cool Bobby Solomon from The Fox is Black blog and Tim Mather the creator of the rad, UnTappd app which allows you to “check in” to beers as you drink them. 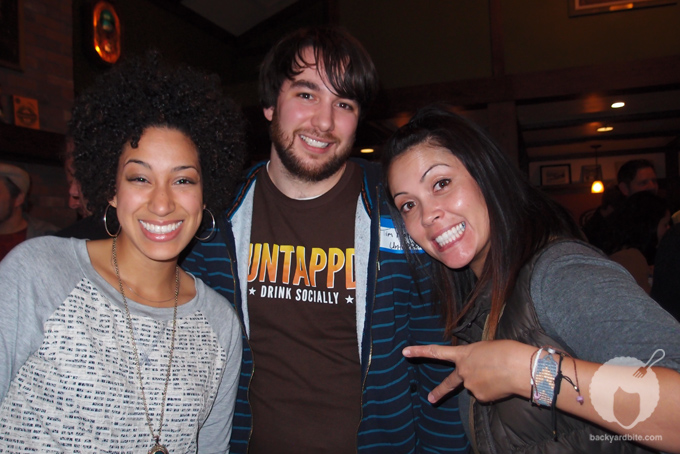 I ordered a bread pudding croissant off the bar menu to wash down my beer. 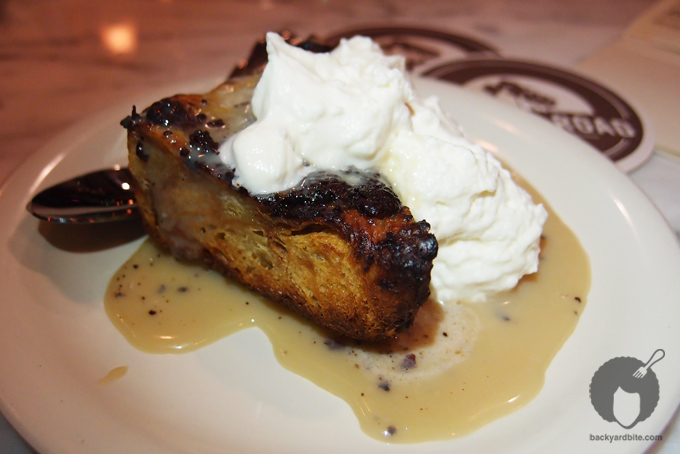 Then wandered around the rest of the bar and made mental notes for a speedy return with a gang of friends. 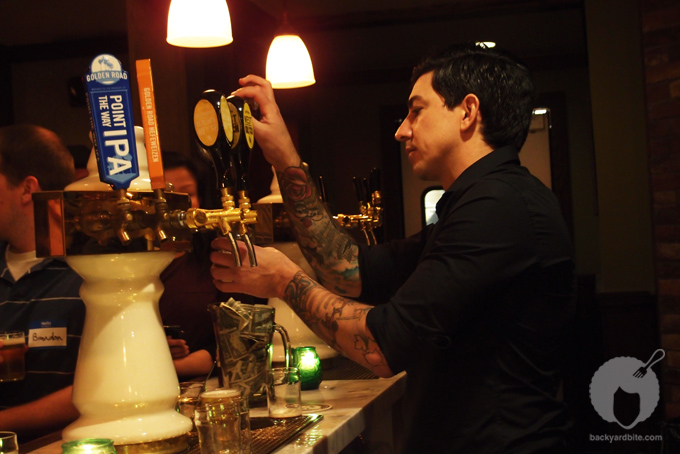 Special thanks to Cambria Griffith & Franny Fullpint and LA Craft Beer Bloggers for throwing the event! To Golden Road Brewing Co. for hosting it! And to Karena from Pig Parts and Beer for inviting me as her plus one! 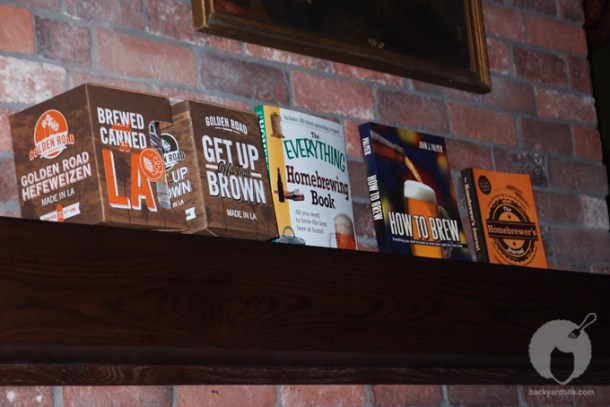 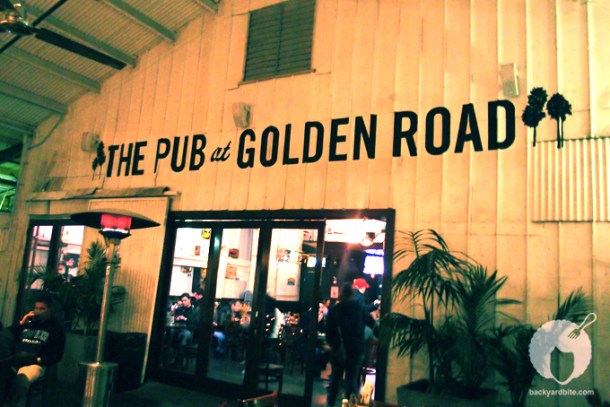 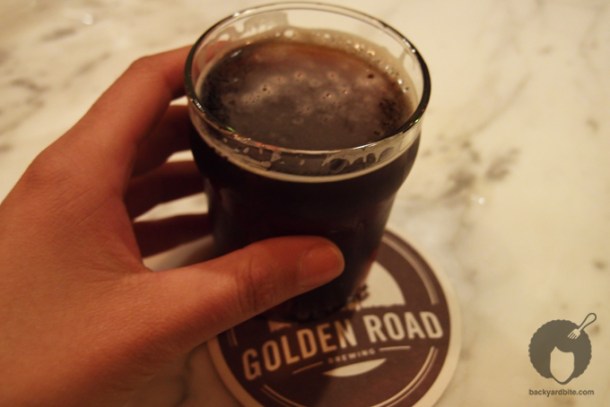 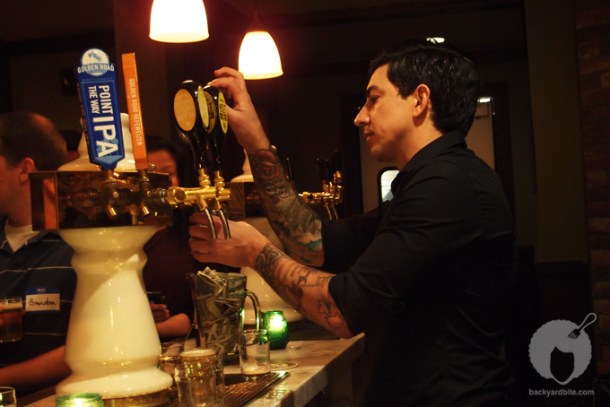 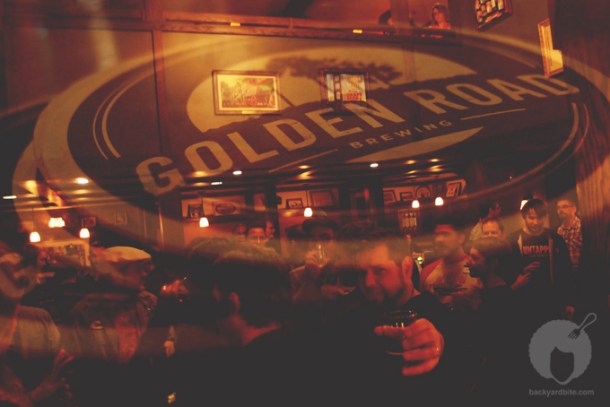 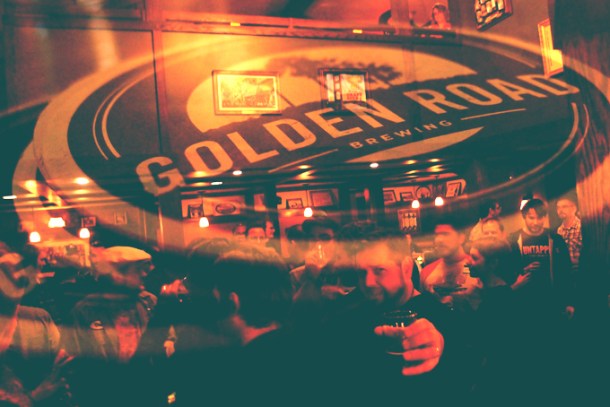 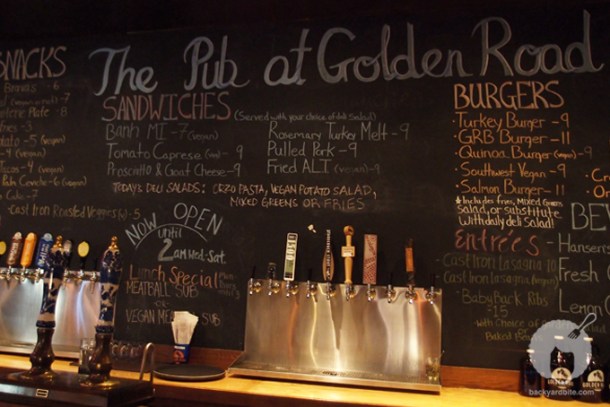 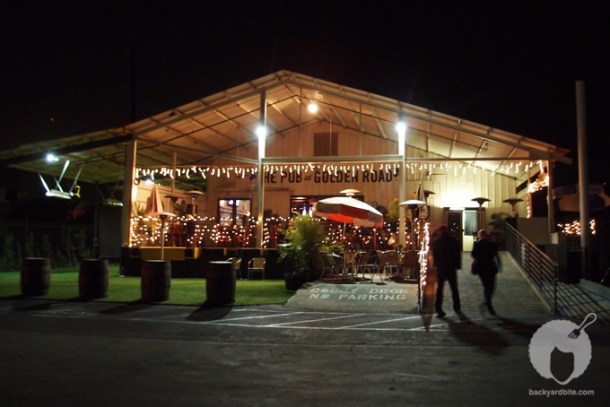 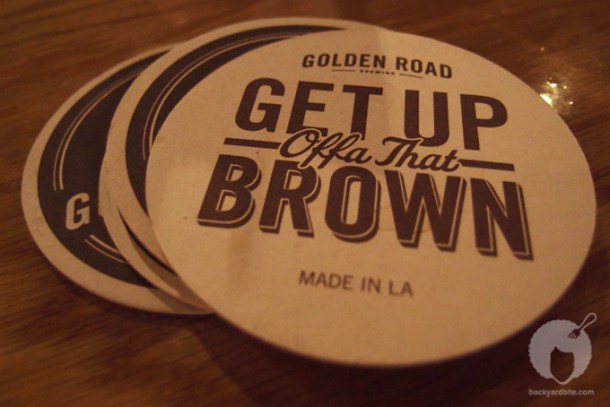 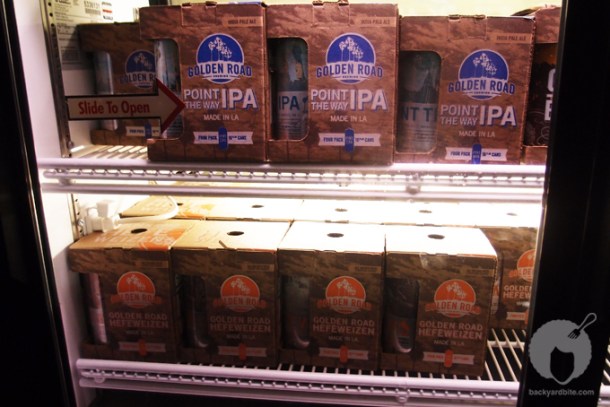 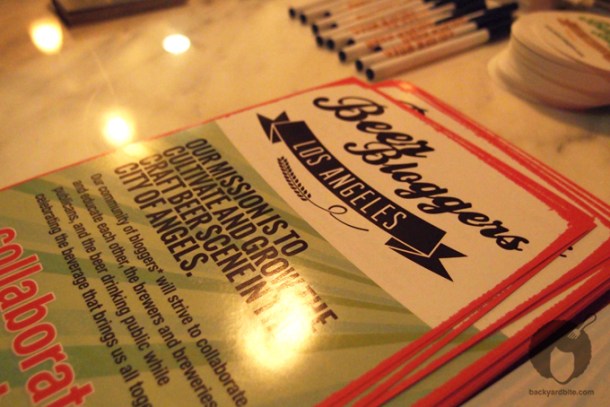 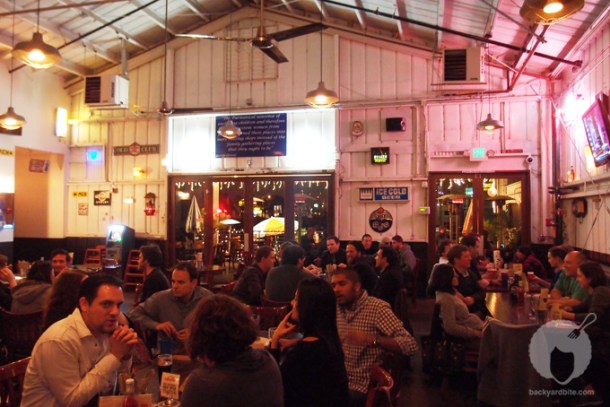 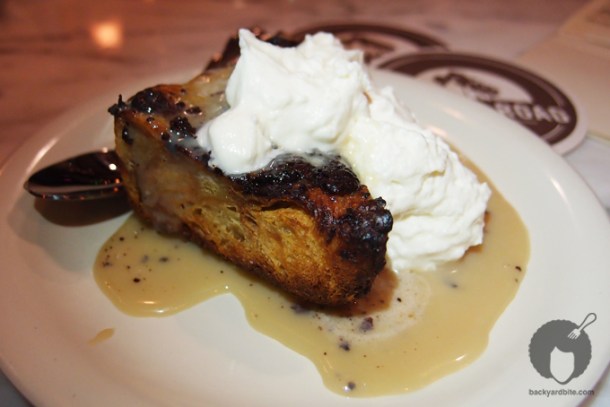 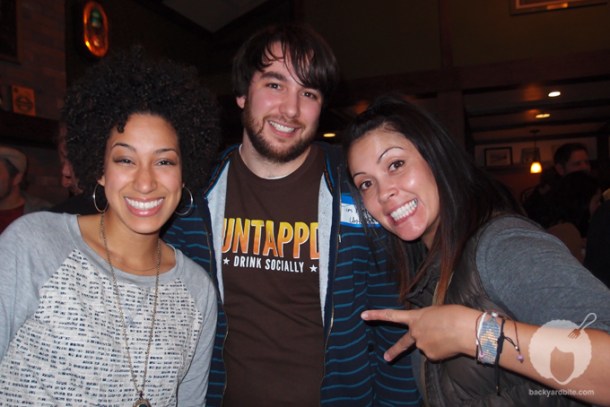 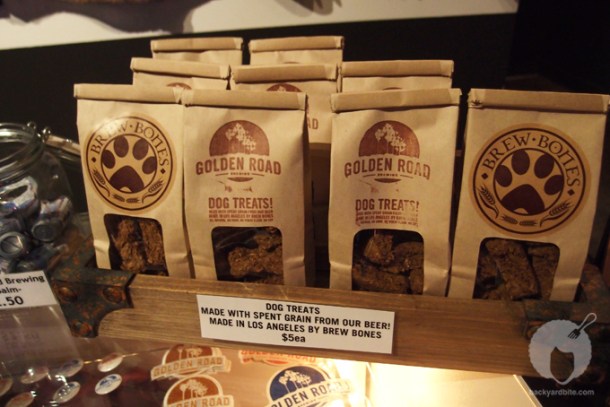