In yesterday’s recap of the Taste of Eastside Festival at Barnsdall Park, I mentioned that I took part in a cooking demonstration with my friend, Yoko Isassi. We spoke to a group of 30 eager “students” who watched and listened as we taught facts about sushi and offered informative cooking tips in the form of a quiz. Oh, yes! School was in session. Don’t worry, it was fun!

Here are five fun facts I bet you didn’t know about sushi, but should:

FACT #1. Contrary to a popular misconception, sushi does not mean “raw fish.” It actually refers to the flavoring of the rice with vinegar. You can make vegetarian sushi without adding any fish or meat whatsoever. Yes, Mom, those cucumber avocado rolls we ate were actually sushi! You did it! 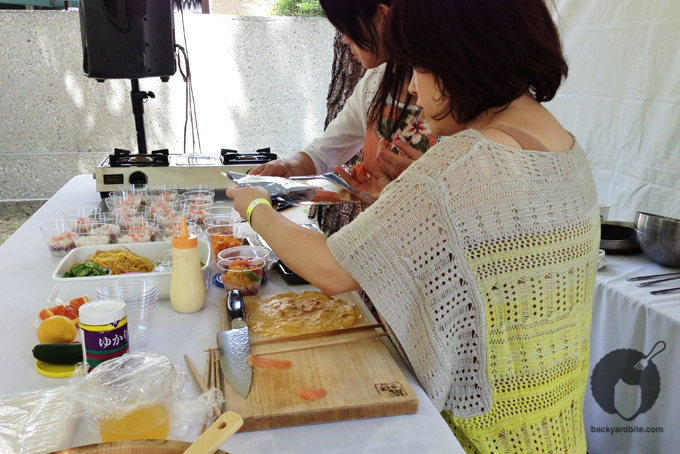 FACT  #2. Sushi doesn’t only have to be seasoned with rice vinegar. You can also use citrus like lemon juice or orange juice to flavor the rice. Some Japanese mountainous regions use the Yuzu fruit to season sushi. Yum! 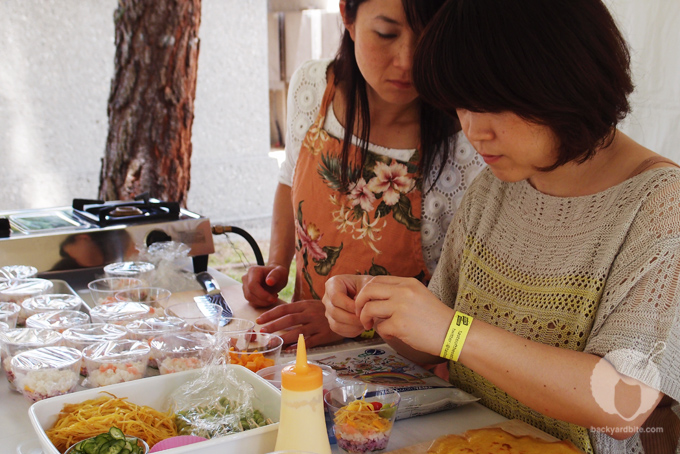 FACT #3. It is not considered rude to eat with your hands. In fact, if you are sitting at the sushi bar and are being served directly from the sushi chef, it is actually encouraged. The sushi chef will watch how you eat the sushi (using your hands or chopsticks) and customize your experience preparing for you more delicate pieces of nigiri. 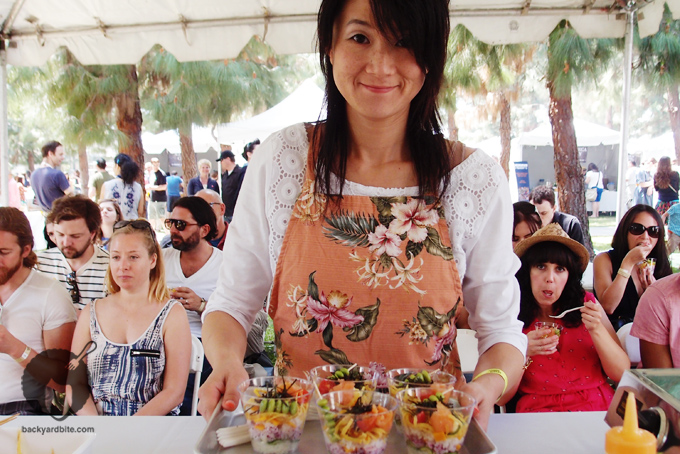 FACT #4. Don’t linger with your fish. I know it looks pretty but you’re not supposed to leave the sushi sitting too long on your plate. In a good restaurant, a lot of care goes into making each piece and making sure the rice is at the right temperature (body temperature is best). You’ll have better manners if you eat the food right away instead of letting your dish get cold. (Here’s looking at you Instagrammers! — I know, I’m equally guilty!) 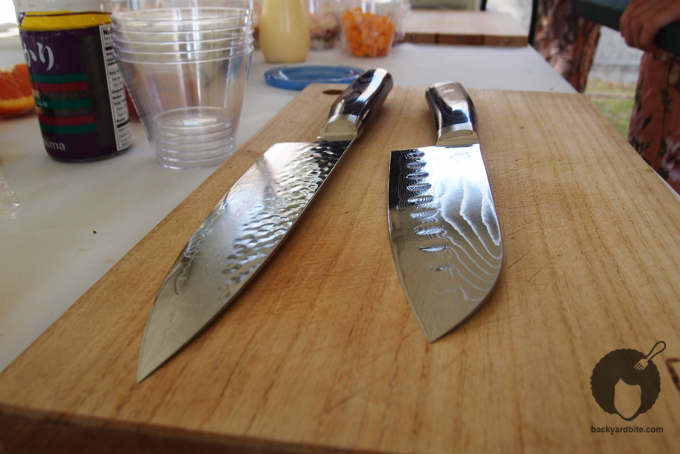 Fact #5. Never leave your chopsticks sticking up in your bowl. This actually is a symbol for offering food for the dead. Yeah. That, AND it’s tacky, so there. Don’t do it. Proper placement is across the lowest place setting below your plate. 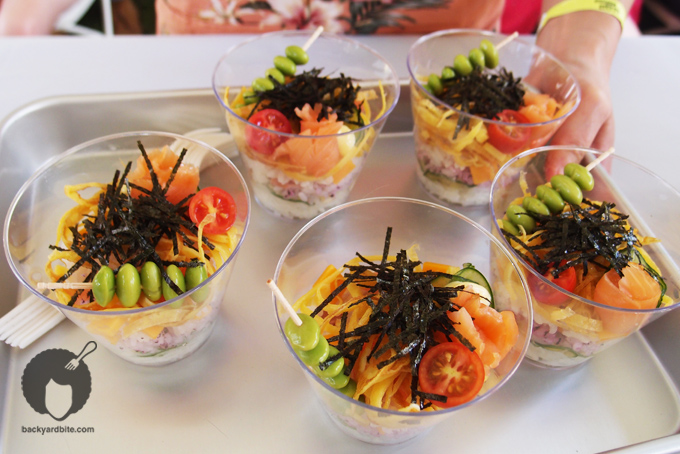 These (above) are called “Sushi Cupcakes”. They are in fact sushi made in little cups instead of in a roll. It is a popular snack or dish made in Japanese homes perhaps as a party favor or quick appetizer. You can get creative with the molding and flip them over into a unique shape. Yoko tells me she has seen large cake-sized sushi made from a cake mold. Woah!

In this demonstration, Yoko used lemon juice and orange juice to flavor the rice instead of vinegar. She added easy to find ingredients like ham, cheese and smoked salmon as well. Sounds weird, I know, but it was very tasty!

Here’s the recipe  for “Sushi Cupcakes” courtesy of Foodstory. Thank you Yoko for the recipe and inviting me to be a part of your cooking class! 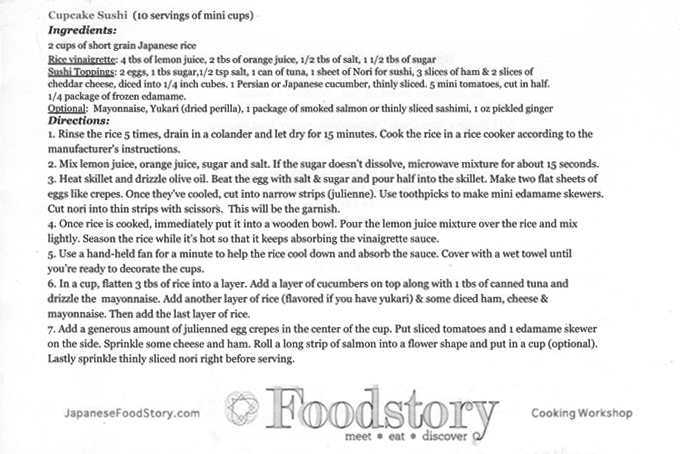 Want more recipes? Check out ifoodstory.com for Yoko’s list of classes. There’s even one on sushi etiquette, so you have no excuse! Manner up!

Watch Yoko in action and learn more about her story in a recent BackyardBite video, here.