I was recently listening to Good Food’s Evan Kleiman talk pie. She was chatting on my friend Lynn Chen’s awesome weekly food podcast (Ep. 10) and while listening, I remembered, how much I LOVE pie! Last year I stumbled upon KCRW’s Annual Pie Contest on accident while checking out art at the LACMA, and I was in nirvana!

You have until September 1st to enter. Otherwise just go to enjoy the day on September 7th, maybe see some art at LACMA and have some PIE!

Here’s a re-post of my experiences at the pie contest last year:

Yesterday, I was suddenly craving a broccoli and mushroom quiche. So I decided to make one… 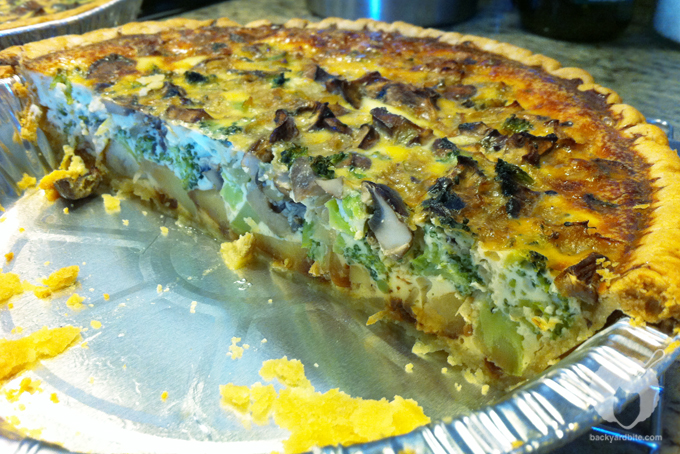 It was my first time whipping one up, and it turned out pretty darned tasty. Here’s the recipe I used here (substituting whole milk for evaporated milk because it’s all I had in the house). One might consider a quiche really just an egg pie. After all, it IS baked in the oven, it lives in a pie shell, and it contains various fillings. It’s savory and can be quite delicious.

Call it kooky, but I feel that my sudden urge to make a quiche was a kind of premonition for how the rest of my day would end up… 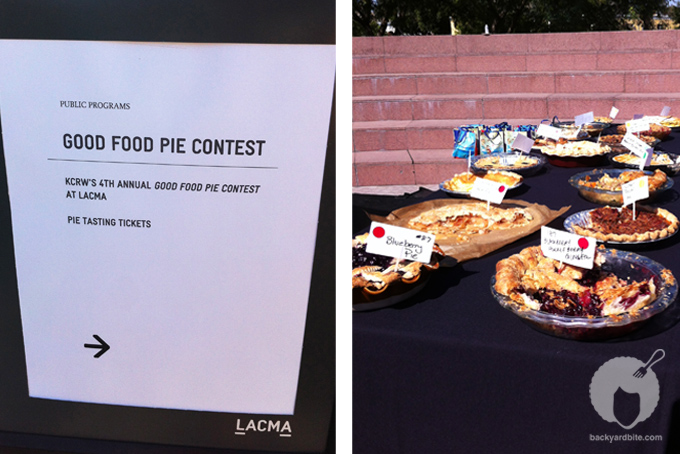 I was grazing by some contemporary art at the LACMA, when I suddenly remembered that the 4th annual KCRW Good Food Pie Contest was being held  just outside the museum on the big lawn. My impromptu visit to the exhibits at LACMA, led to a spontaneous afternoon of pie tasting in the park! How wonderful! 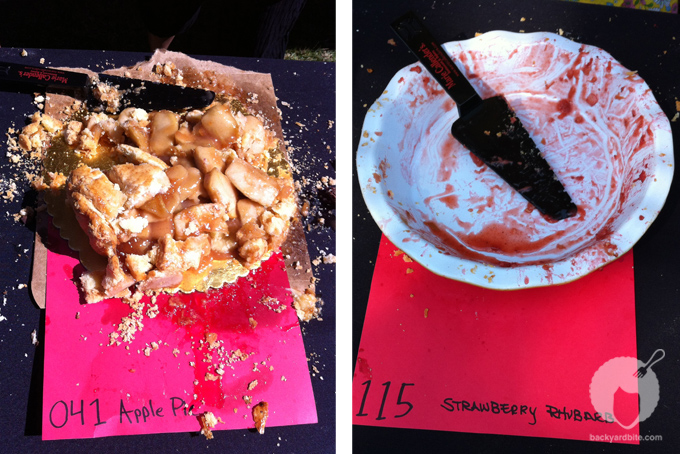 Hundreds of pie fans were mulling around with small paper plates grabbing samples of homemade pies. Family tested recipes of apple pies, chocolate and banana pies, blueberry and savory pies were among the various tents occupying Hancock Park just off 6th street across from the Levitated Mass site. 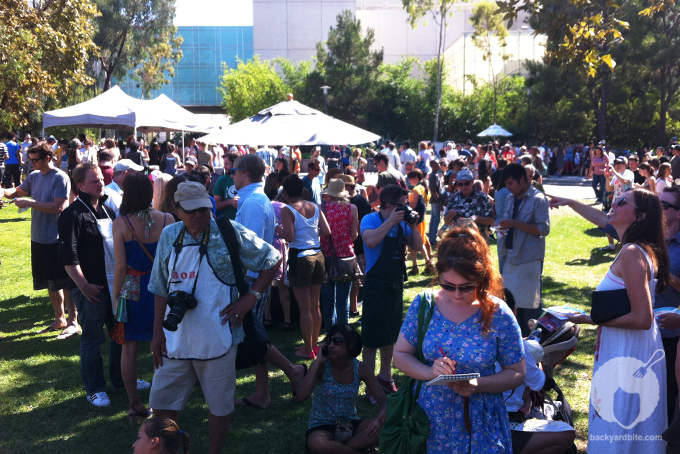 By the time I got there, about an hour after it had already started, many of the pies had been quickly gobbled up, but I managed to sample a few of the remaining (mostly apple) pies. (Note: do not try this on an empty stomach… can you say “sugar high!?” This I learned the hard way.) 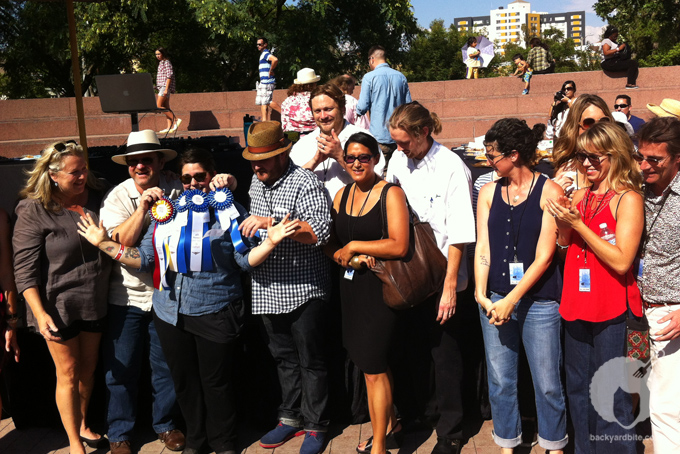 Good Food’s Evan Kleiman announced the winners – a few of whom, swept the competition, cleaning up in multiple categories for fruit pie, nut, cream/chiffon/mousse and savory pies. They also had a special category inspired by Chris Burden’s Metropolis II installation at LACMA). If you haven’t yet seen this amazing mini-highway-city-like exhibit, well then you must be hiding under a levitated rock. (Get it? heh.) Do yourself a favor and check it out! It’s so cool and hypnotic to watch. 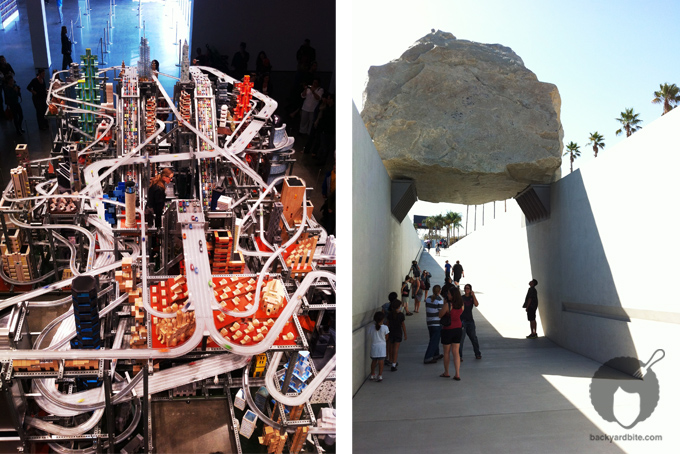 Anyway, back to the pies… The judges were numerous and included a variety of pie lovers (just to name a few) chef Michael Voltaggio, Russ Parsons (LA Times), Zoe Nathan (Huckleberry, Rustic Canyon and Milo and Olive) and of course, Jonathan Gold (LA Times).

Those wearing aprons proudly strutted their stuff across a concrete catwalk. They also got free membership into the museum. 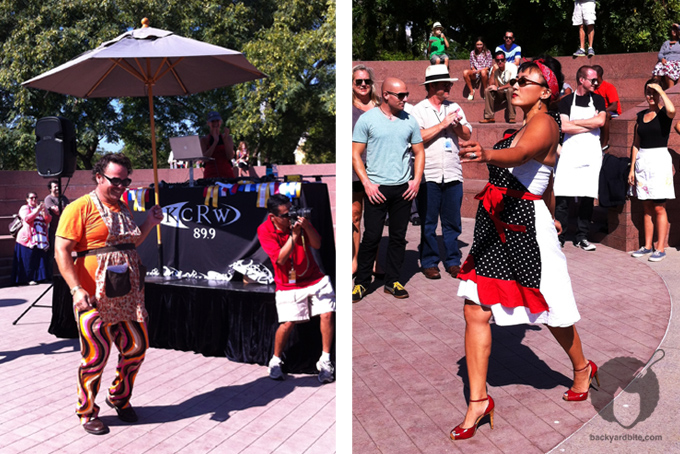 Such a fun event! I can’t wait for next year!