Do you like meat? BBQ? Or stiff drinks? How about a little comedy? If you answered yes to any of these, you have come to the right blog post. I was invited to a special preview opening of Roadhouse LA on Melrose in West Hollywood which does all that and more.

Brisket, pork, ribs, lamb, chicken and then of course, not to be outdone, there was this: 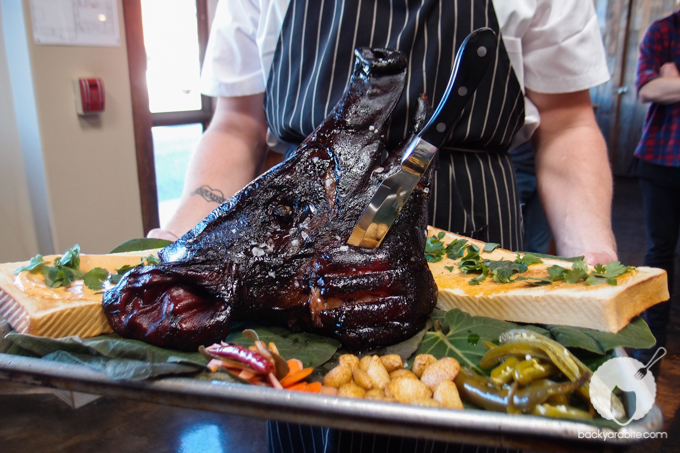 Head of the Day

But, before we get (ahem) a’head’ of ourselves… Allow me to fill in the gaps. 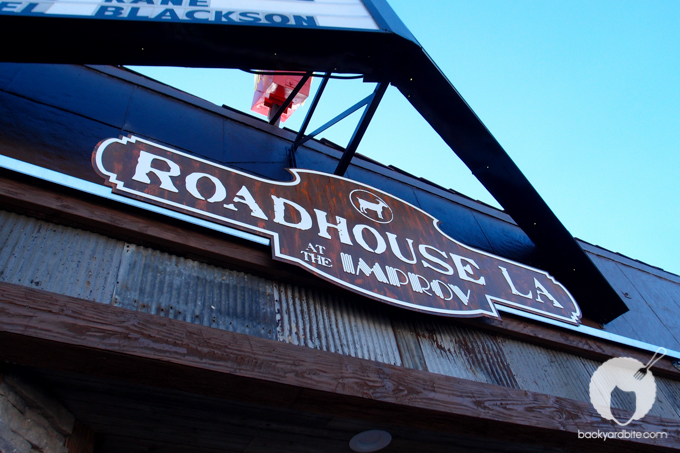 The Southern/ worldly-style BBQ restaurant, The Roadhouse LA is adjoined to The Improv and is scheduled to soft open this week, officially opening to the public on Thursday. It will provide dishes for restaurant patrons as well as audience goers to the comedy club. I’m not sure what restaurant was there previously, but I remember once being starved before a show and my food options were something like mozzarella sticks and cardboard with red sauce. It was comedy material to say the least. Thankfully, not anymore! 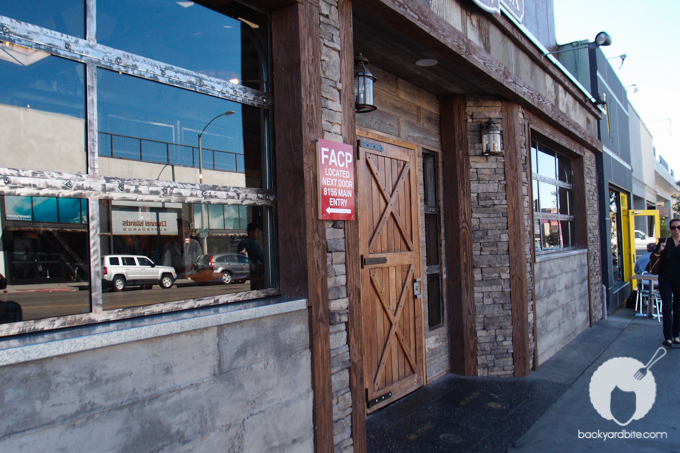 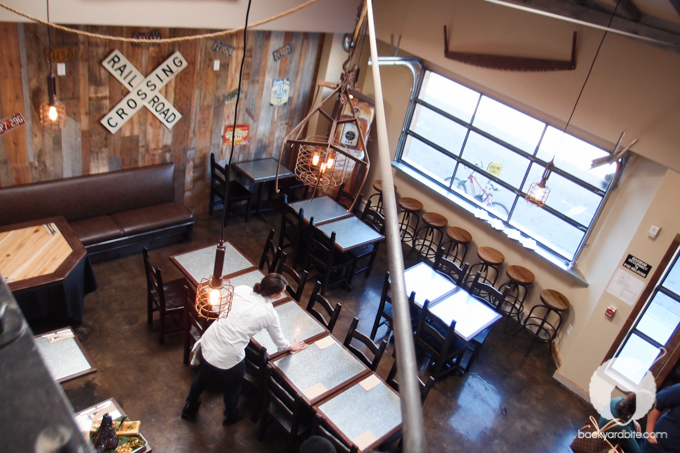 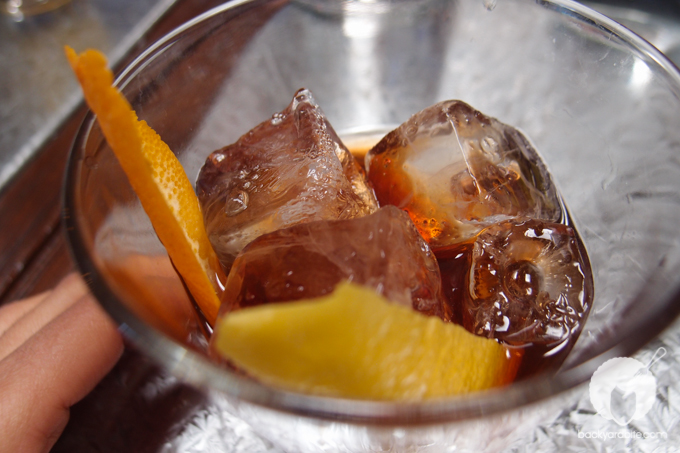 I LOVED, LOVED their house made sodas — there are so many to choose from, you may find yourself not even wanting booze after sipping the root beer or spiced grapefruit soda (pictured below). 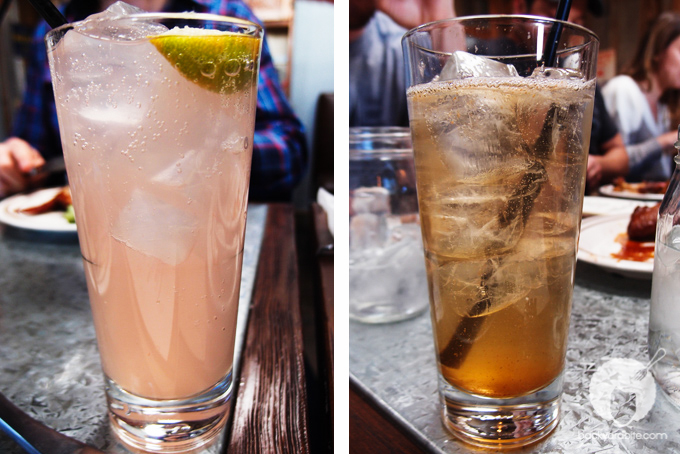 NY chef Robbie Richter (Hill Country, Fatty ‘Cue) created a wood-smoked, meat-themed menu — and it is SMOKIN’. I think I still had the smokiness in my afro hours after leaving. Though, it wasn’t a bad thing. I smelled delicious.

I really dug the crispy chicken wings – I asked chef Robbie what was in the sauce and he rattled off a long list of ingredients, followed by, “What isn’t in them!?” Fair enough. I had to ask. 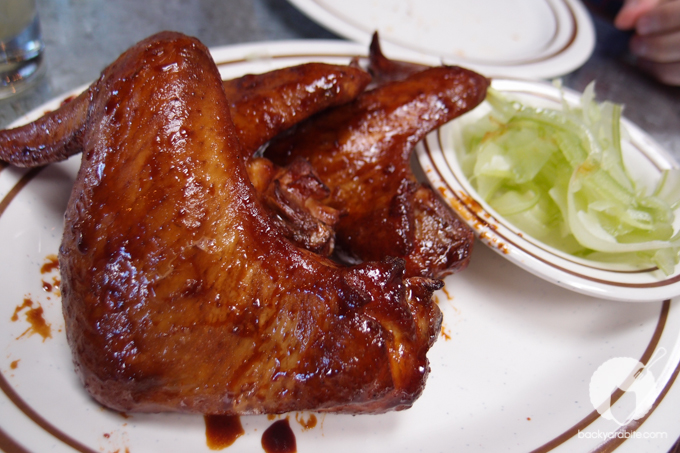 I would also return for these bad boyz… 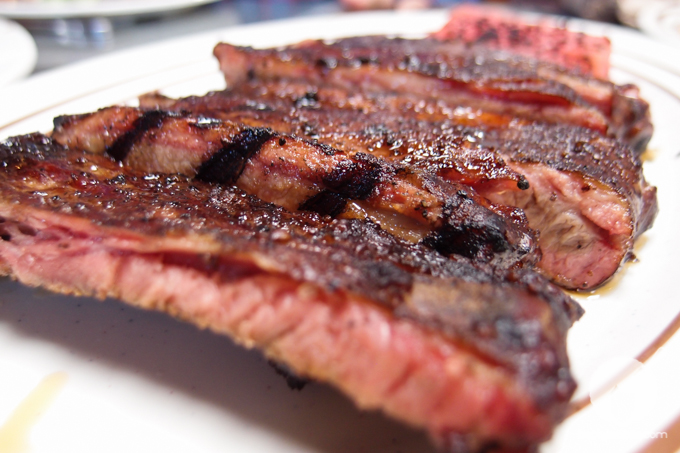 …The Jerk Chicken, which had me licking my fingers. 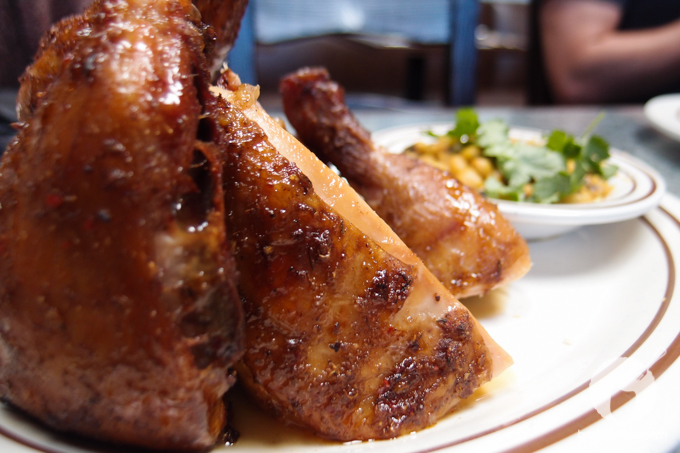 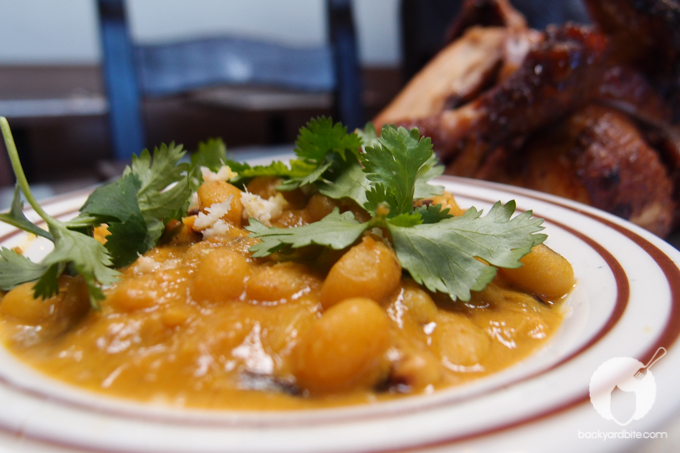 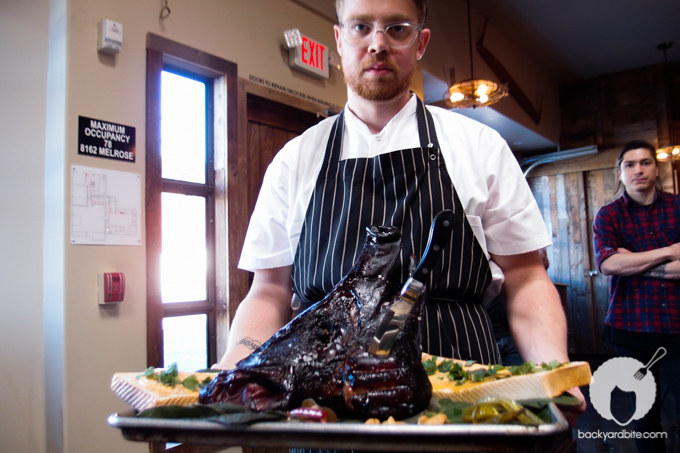 If looks could kill…

Also, a nice touch — Watermelon as a refreshing palate cleanser between meats. 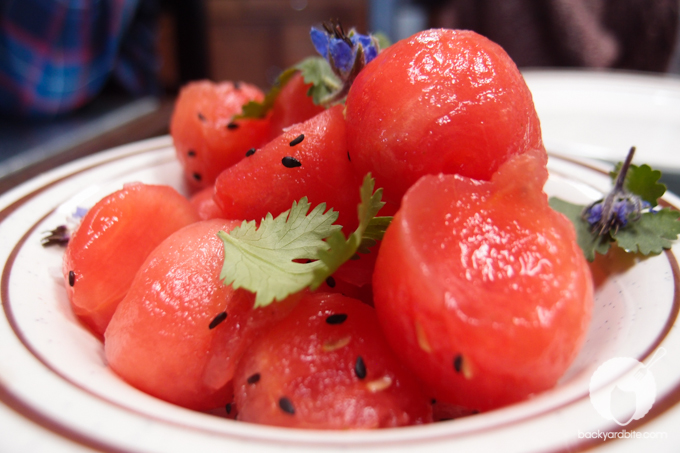 My friend and I went to take a peak inside the newly jazzed-up Improv stage and the notorious Adam Fleischman (Umami Burger, 800 Degrees) came to say hello (or possibly make sure we weren’t getting ourselves into trouble) and ushered us back to the main dining room. Either way, it was cool to finally meet him. 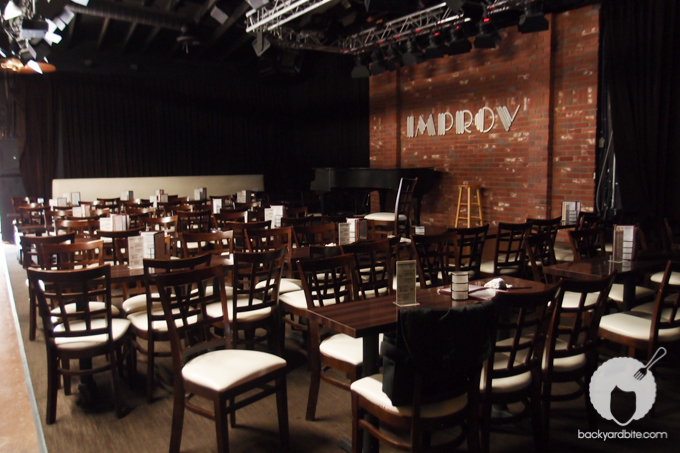 The new restaurant may actually inspire me to come see more comedy shows now that I know there’s good food to be had just around the corner. 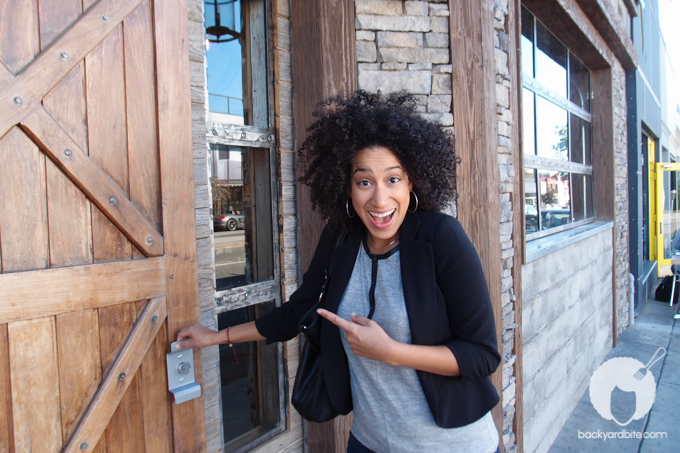 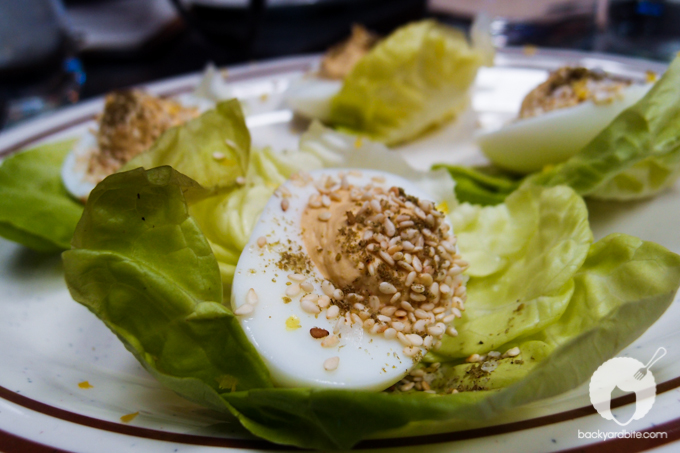 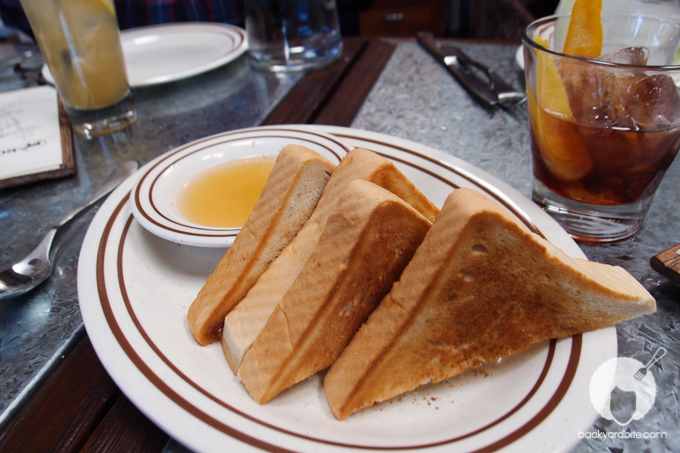 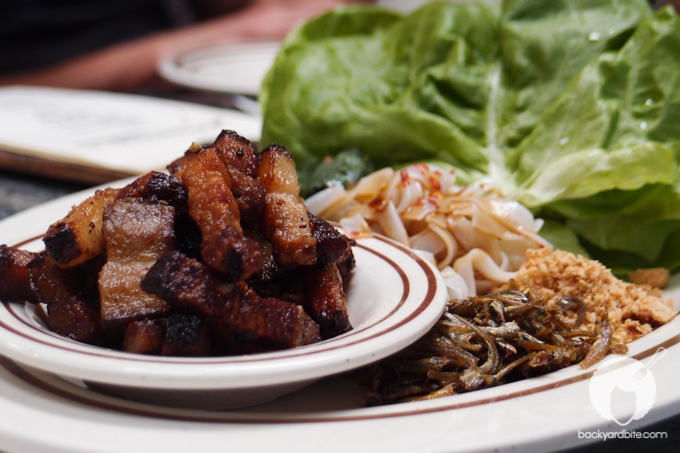 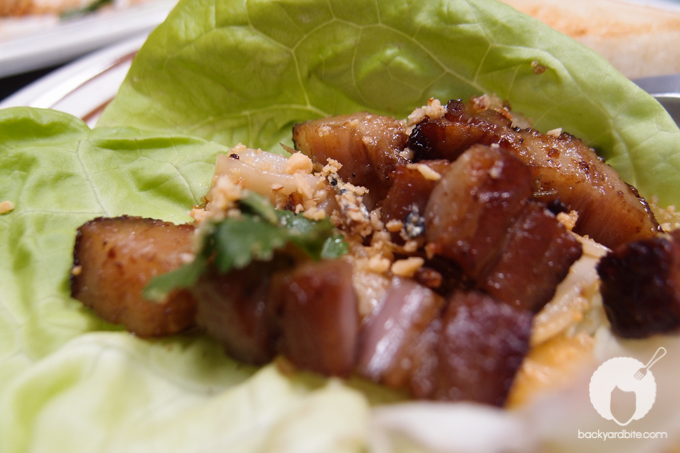 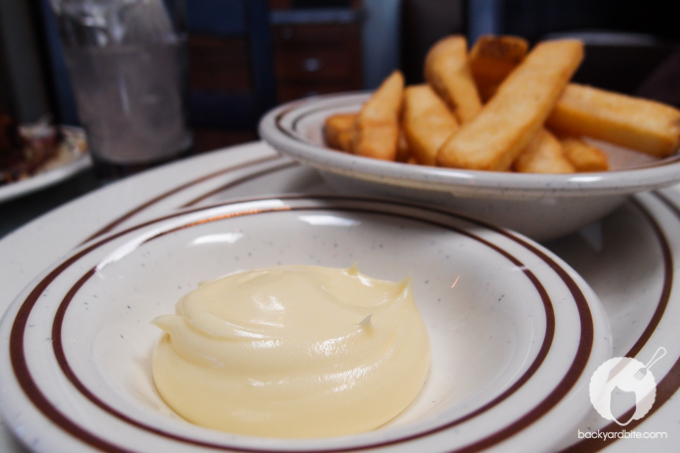 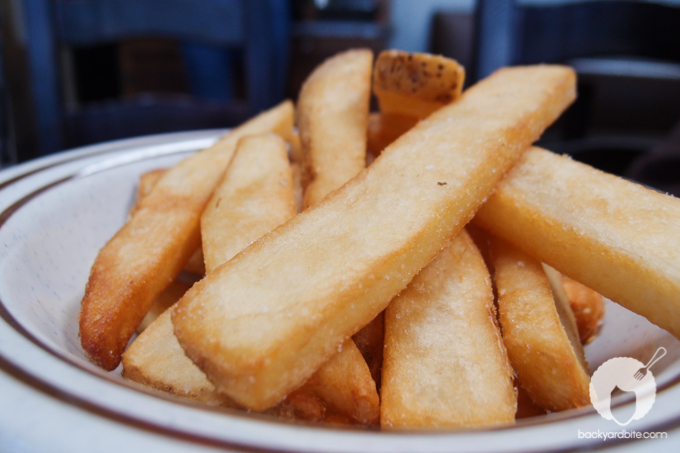 Think these fries look simple? Think again. The dipping sauce is made with scotch! 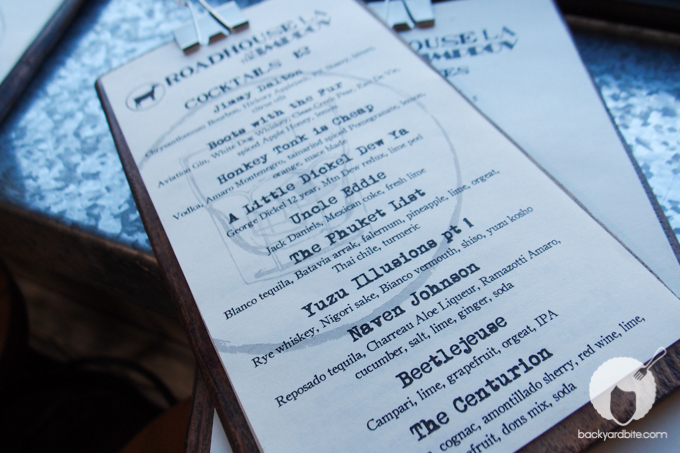 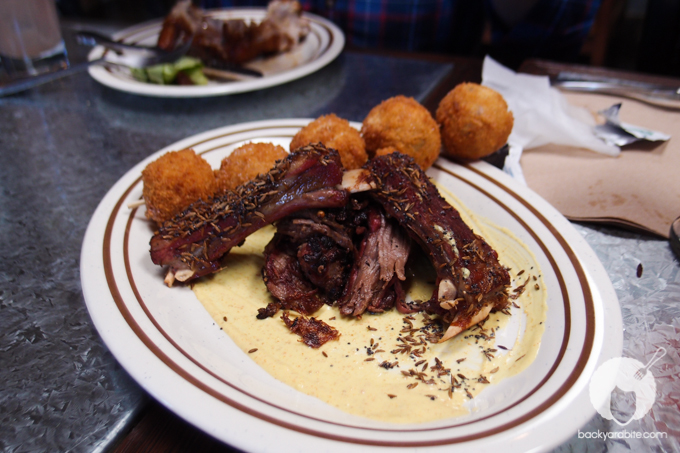 BBQ Lamb with Rice Balls – not my fave dish, but then again, I don’t really LOVE lamb all that much 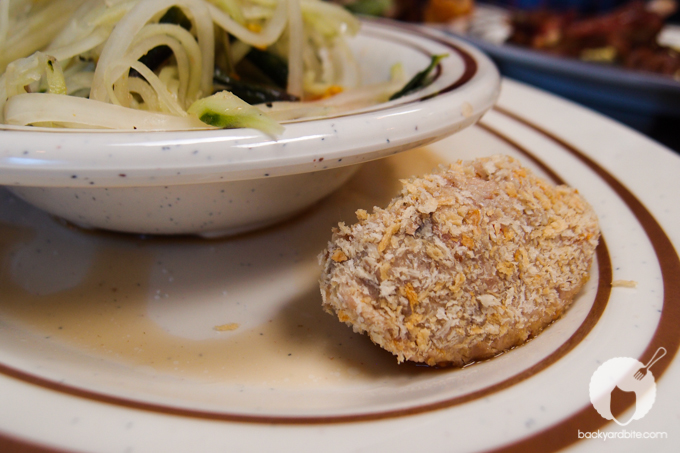 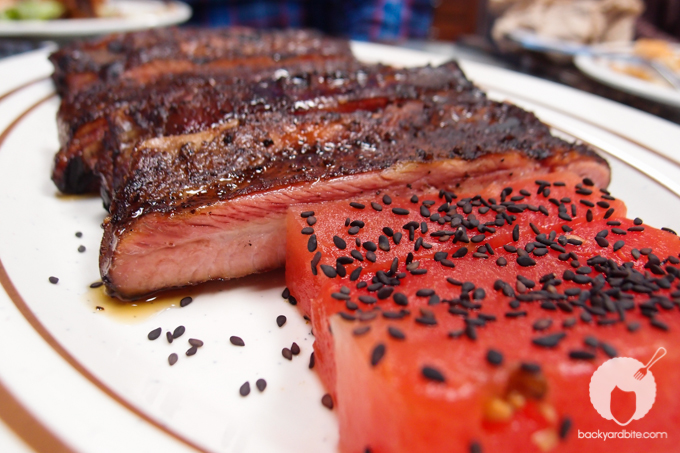 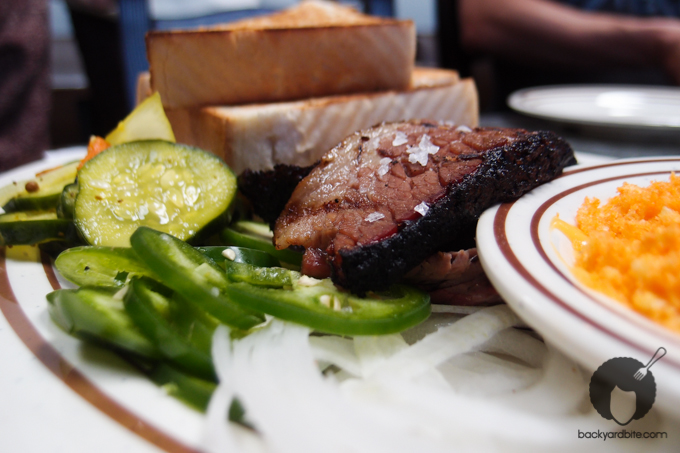 Brooklyn Brisket, Jalapeño, Onion, Texas Toast and Longhorn Cheddar (which tasted like Velveeta and Cheetos, in other words – Amazeballs!) 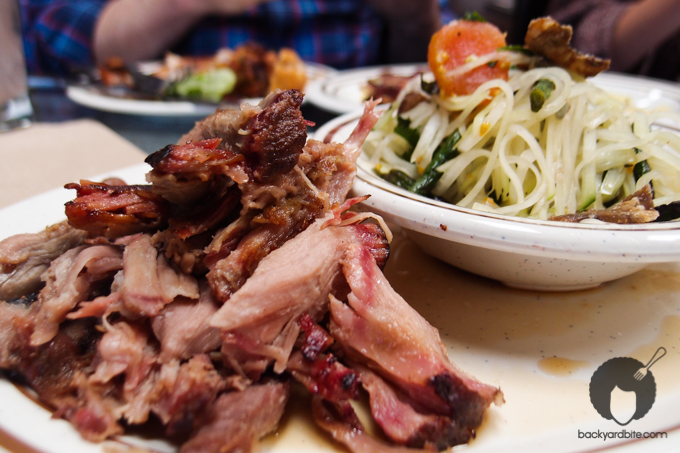 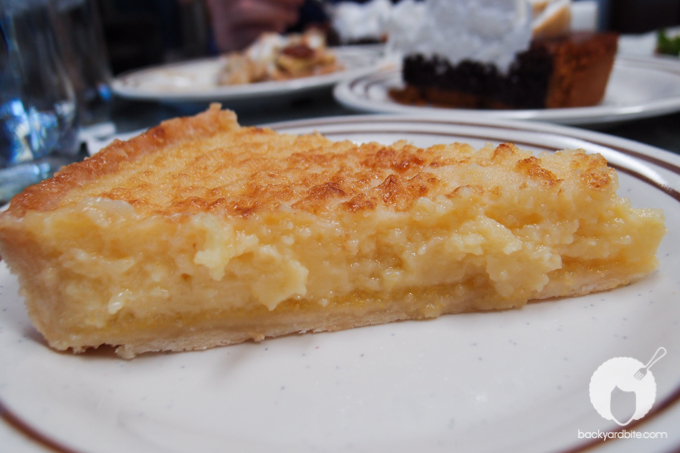 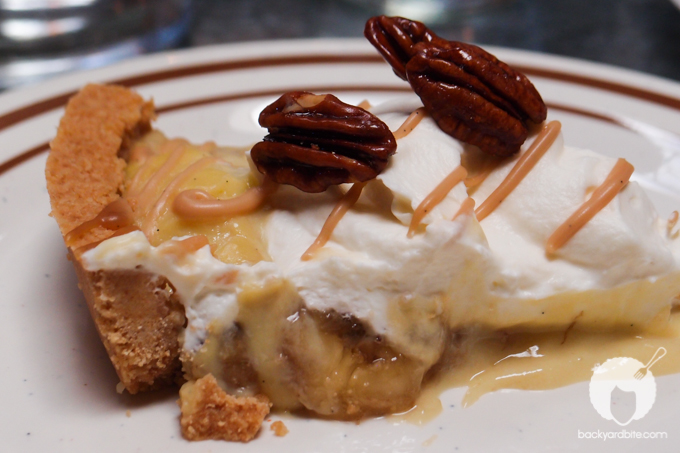