Months ago, I was asked to be a part of this Buzzfeed video in which people were asked if they could kill their own food.

The idea of having to not only SEE my own food die, but also be their executioner, really got me thinking. Could I?

If I wasn’t willing to kill my own food, was I worthy of eating it? 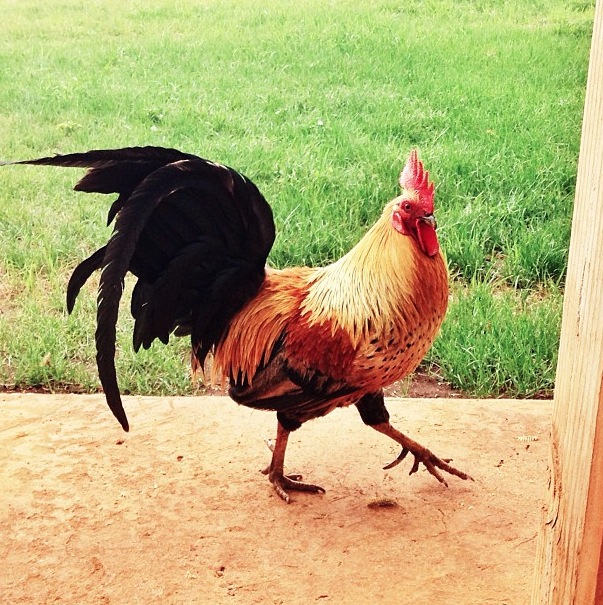 We are carnivores after all, and sure, some argue that since we have reign over the animals of the world (Genesis 1:26-28) then surely we have every right to eat them. Right? Maybe.

I was a vegetarian growing up. It wasn’t for ethical reasons but medical (at the time) and I had no ethical issue eating meat. As I grew older, I started eating more and more steak and ribs and even… bacon. (How I lived without ever eating bacon for 25 years is a true mystery to me.)

As someone who writes about food and thus eats a lot of it, I tend to be a bit more thoughtful these days about what’s on my plate.

I consider the journey my food must have taken.

It may have been brought straight from the farm, or in most cases, travelled many miles around the world in and out of factories , grocery stores or restaurants before ultimately and unfortunately… even sometimes, directly to my trash can. What a waste.

According to the Buzzfeed video, “More than 23 million chickens are slaughtered in the United States every day.”

Ok, fine. But how much of it are we actually EATING? Lately, I’ve been noticing that more and more food these days gets wasted. I’m just as guilty as the next guy. And sure, we know, countries are starving, but we often forget how freaking lucky we are.

We ignore the surplus of food all around us. We are insanely picky and often ungrateful about the life (pig, cow, goat, fish, duck, chicken, tomato…) that was sacrificed just so we could have a delicious meal with our pals. 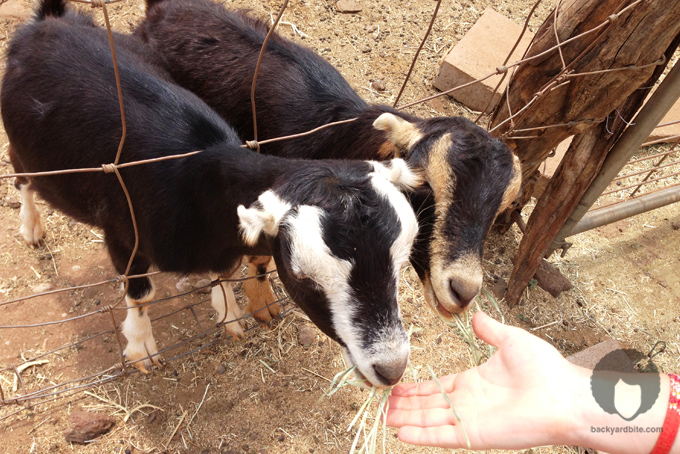 While I ultimately didn’t end up being cast this “Kill Your Food” video, watching it had an effect on me.

Should we stop eating animals?

Maybe for you the answer is a resounding YES. Maybe your answer is, No.

And don’t take it for granted.

Be Thankful. Thank the Universe, God, your chef, your Mama for providing you with a nourishing, delicious meal. Take a moment to recognize that the food in front of you was a living breathing being once. You don’t have to stop eating meat.

Just be genuinely Thankful and appreciative, and don’t waste it.

Don’t let it sit in your fridge only to toss it uneaten days later.

Don’t have a “thing” against taking leftovers from the restaurant. It’s STILL food, and if it tastes good today it’ll still taste good tomorrow! Often, even better anyway. (I have friends who refuse to eat leftovers, just because. This truly boggles my mind! Eat the fing food! You ordered it!) That being said…

If your Mama always said, “finish your food” listen to your Mama. She was a smart lady.

Shop locally. And if you can, go to a local butcher where the animals are sourced from farms where they are treated nicely.

Read dates and labels and if it’s about to expire, pop it in the freezer for later. It’ll be fine.

Do your best. Nobody’s perfect. Just try to be a little less wasteful and more thoughtful about who you’re eating.

Most importantly, be nice to animals.

They belong on this planet just as much as you do.

Ok, there’s my rant. See if this video doesn’t inspire you to give a rant of your very own.

Leave a Reply to The Offalo Cancel reply