I recently attended a “Discover Sake” event presented by JETRO ( The Japan External Trade Organization). The event included a tasting and seminar to educate the masses about sake. I learned about its origins, how to pair it with foods and why it’s so gosh darn tasty. Think you know about sake? Test your sake knowledge by taking this short quiz and see if you got “sake smarts.” 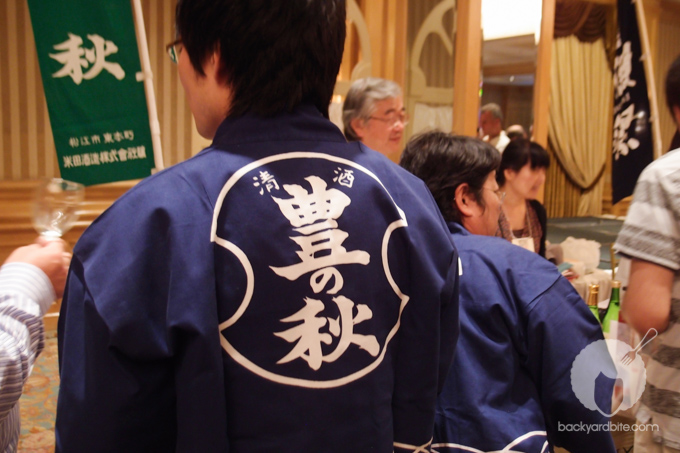 1. True or False: Sake is a type of Japanese wine. 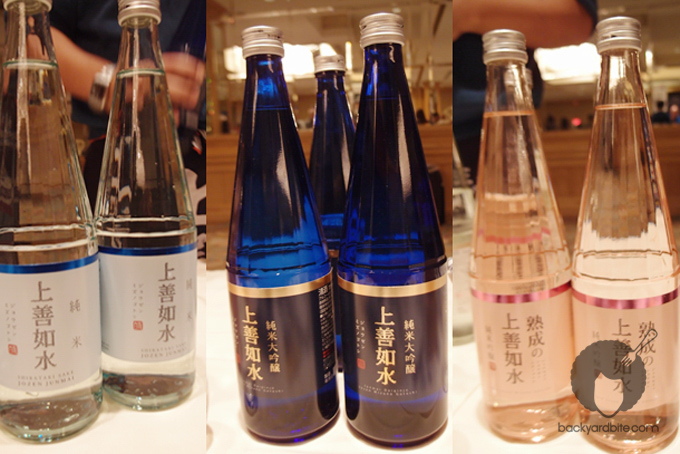 False. Often called a “Rice Wine”, sake is actually made more like a beer. To further classify it, it is neither a wine, beer OR spirit. It is held in a class all its own – an alcoholic beverage fermented from the sugars of rice.

2. True or False: So, if sake is made from rice, I can just take a package of Uncle Ben’s and make some sake at home? 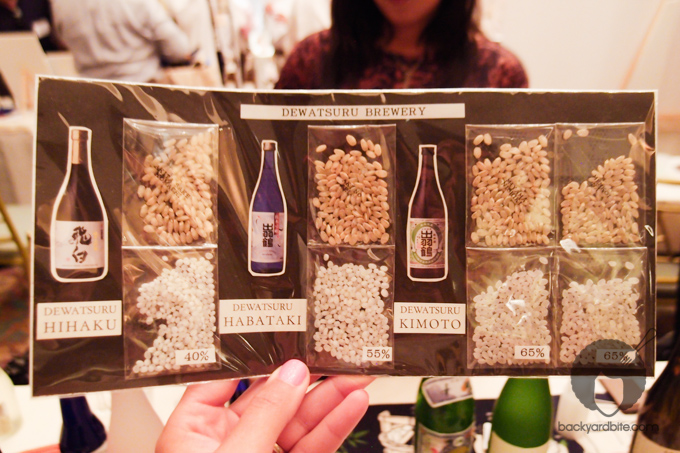 As awesome as that would be, unfortunately that would be False. Making sake is a complicated process that has been perfected over many years. Sake is made up of water, yeast, sake rice and mold. The yeast provides the alcohol and CO2 as it does with beer or wine, and it is also a contributing factor to sake’s aroma. Koji (mold) is steamed rice that has had koji-kin, or koji mold spores, cultivated onto it. Sake rice is different than regular rice that you would eat at home in that the grains are fatter and it has much more starch.

3. True or False: Sake only lasts 1 day after opening. 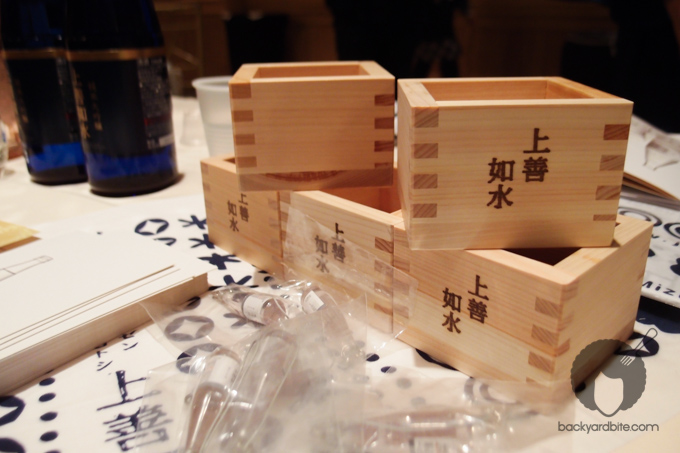 False. The date on the bottle is the date the sake brewer has said that the sake is ready for consumption and though you typically want to drink it as close to that date as possible, you can generally save it in the fridge for  a long while… a few weeks up to 6 months once opened and one year if unopened. The taste may change slightly as every sake has its own personality. If you are a cook, you can always experiment with it in different recipes too. Here’s an easy recipe for Yakitori Chicken. Check back for recipes cooking with sake! Ok, next question…

4. True or False: Sake is only served when eating sushi. 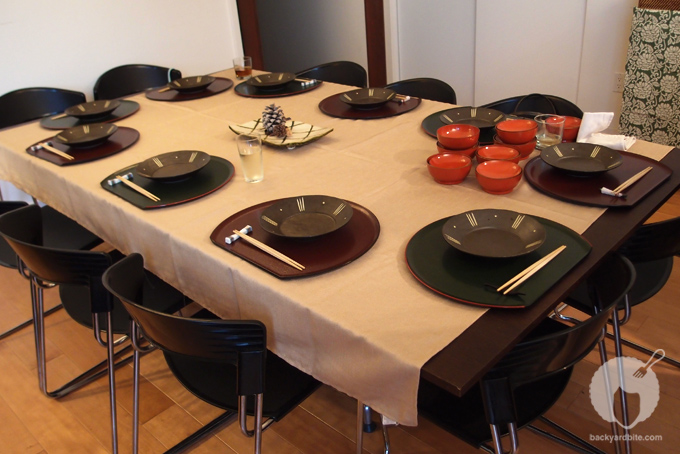 False. Sake is more than just for sushi! Sake is such an integral part of the Japanese diet as it can be paired with all types of cuisines and various cooking styles. Sake brings out the flavors in foods, tempering the strong aromas of beef and pork and of course, it goes naturally with seafood. I had a perfect pairing of sake with spicy braised pork w/ watercress and vegetable rice at this recent food festival. It cut the spiciness perfectly. 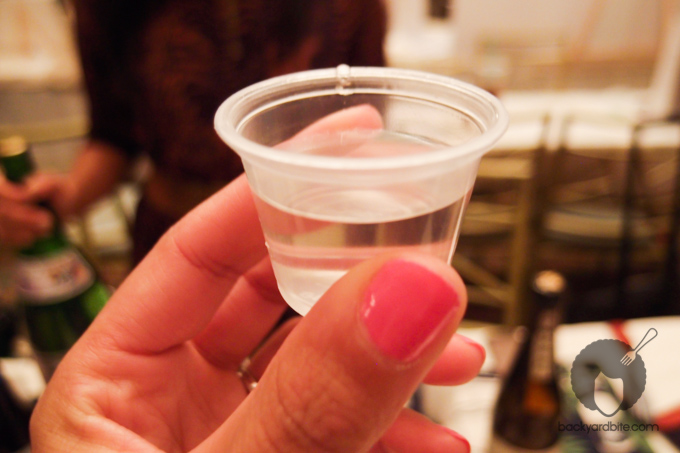 False. Some sake is served warm, but not all. I discovered warm sake when I was living in Chicago and I found myself wanting to accompany my friends out for a drink one night. Being that it was 20 degrees outside and blizzard-ing in the middle of winter, I couldn’t bring myself to sip a cold beer. Warm sake became my beverage of choice, as it got my blood flowing, warmed me up and tasted good! As I began to experiment with other sakes, I discovered the silky, floral notes of chilled sake and this “elegant” style actually became my new favorite. Play around with different varieties until you find the one you like. I’ve found that sake is a lot like wine, everyone has their own preference.

6. Sake is a relatively new drink and came on to the market in the 90’s. 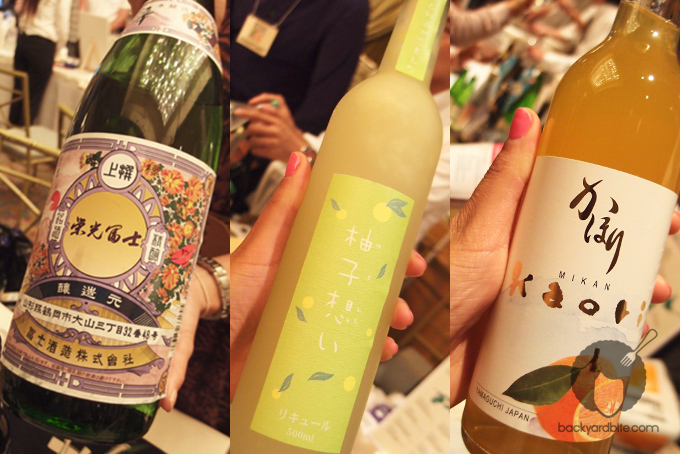 Ha! I don’t think I fooled anyone here. The answer is False! Sake has been around for over 2,000 years and has played a central role in Japanese life and culture. As of the last 40 or 50 years, “elegant” and flavored sakes (like Yuzu or sparkling) have started to trend. There are a lot more sake varieties on the market now that it is more widely available and has gained popularity in the States and worldwide.

7. True or False: Sake is cheaper in Japan. 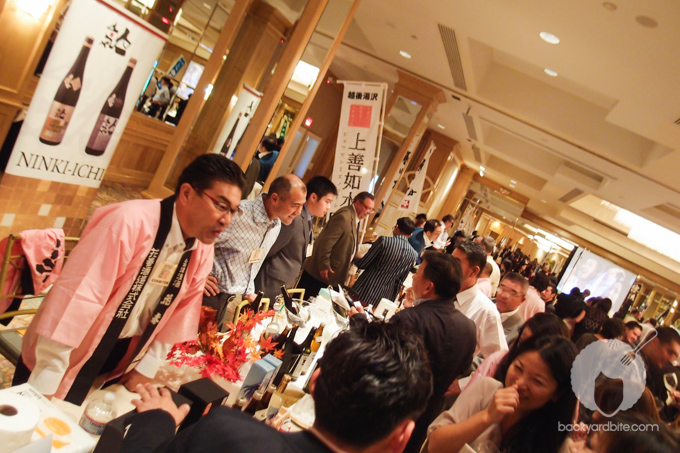 True. As you might guess, since it is more readily available, and there are a lot more varieties there, sake is 1/2 to 1/3 cheaper in Japan! That being said, If you are ever visiting Tokyo, make sure you hit up some bargains at Duty Free before you head back to the states!

8. True or False: Unfiltered sake has a stronger alcoholic content. 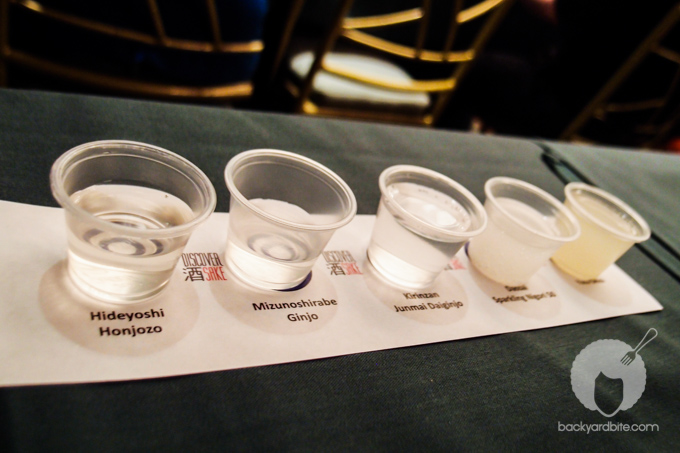 False. Generally most sake is around between 13-16% alcohol and that’s either filtered or unfiltered. Think of unfiltered (cloudy/milky) sake as orange juice with lots of pulp still in it. When unfiltered sake is being made, the sake is passed through a looser mesh so there’s more rice sediment in the bottle. The starch of the rice settles to the bottom of the bottle, so make sure you shake it up before drinking! With unfiltered sake you get a grittier more textured taste, not necessarily more alcohol. Filtered sake is a cleaner, smoother drink like Patron or a crisp Vodka. They are really just a matter of preference. Both are good! Here’s a great site if you want to nerd out on more facts and sake types. 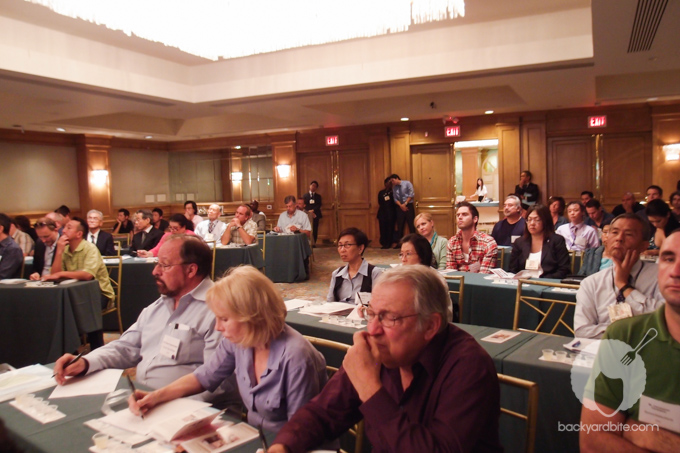 So did you pass the test? Don’t worry if you failed miserably. The only way to get more sake knowledge, is to drink more sake!

Kampai! (Which means, cheers or toast to good health!) 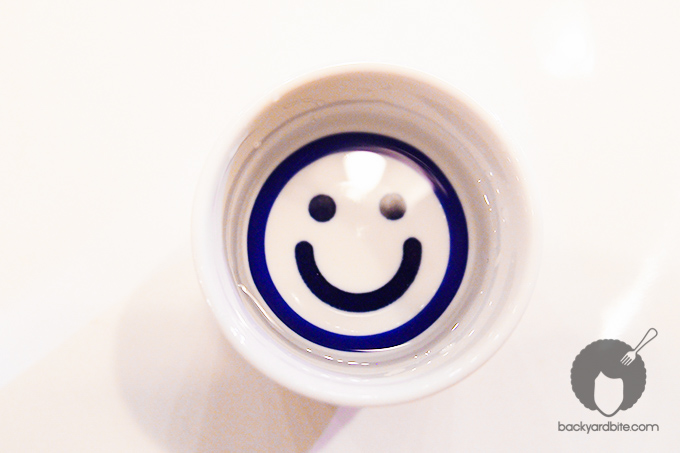 Looking for good sake in LA? Here are a just few places to get you started: