I learned what my threshold was. Three beers. At least, that’s when I stopped taking notes and started to really let loose and enjoy myself. I recently attended the women’s beer forum at Eagle Rock Brewery and going in, I made sure I had no reservations. I was being brave. 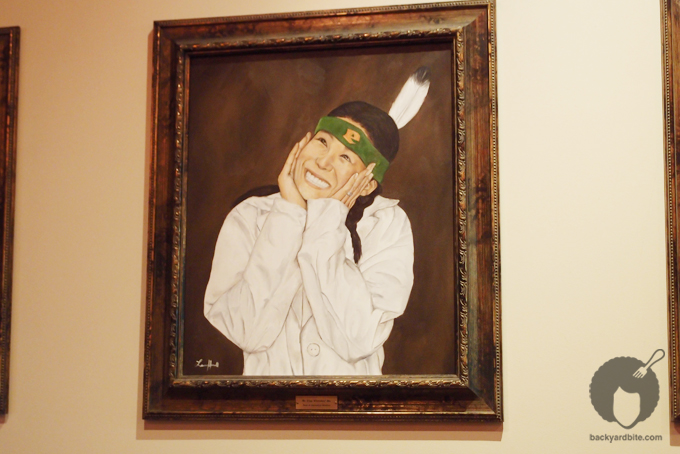 Like a lot of women, I prefer wine when at a nice bar and often declare myself to be, “not a beer drinker.” Even hailing from the mid-west where beer and dive bars are part of the culture, whenever the suggesstion of visiting a sports bar with the “dudes” comes up, I suddenly think up excuses so I don’t have to go. The anxiety of deciding what to drink takes over and I usually just say – “Oh, it’s ok, you guys go ahead without me.” 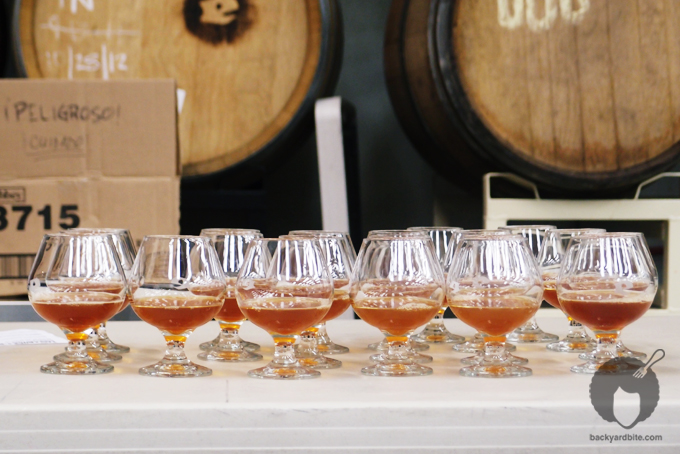 Well, as it turns out I’m not alone. Ting Su, the most endearing beer geek you’ll ever meet, wanted to address the issue of women and beer, common sterotypes and myths surrounding why more women don’t typically get into it. As co-owner of Eagle Rock Brewery in Glassell Park she decided to start up a Women’s Beer Forum to teach us forelorn ladies some helpful and fun facts about craft beer. Her goal is to help women to learn how to recognize what they like and don’t like about beer and find one (or more) that they can actually enjoy. Are we attracted to bitter or sweeter tastes? Perhaps a hoppy or malty brew? Craft beer is a good way to start out learning about beers as they are typically made in smaller batches so the brew master has more freedom to experiment with a wide variarion of styles and flavor profiles. 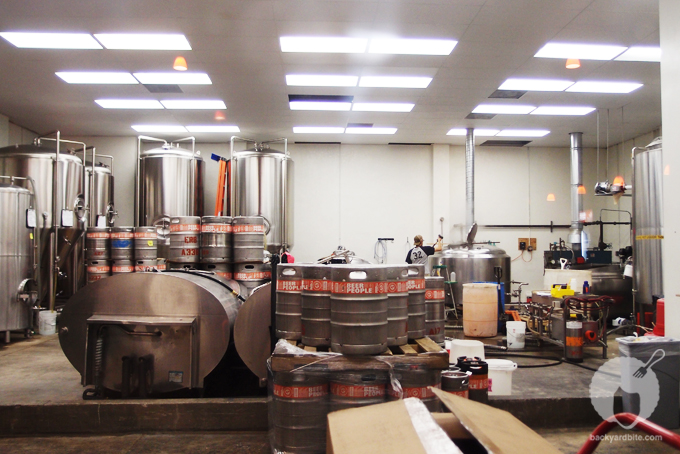 Throughout the 2 hour tasting event, Ting explained each beer sample in detail to a perky crowd of 30 or so women. Some of us were novices and others, avid craft brew officionados. It didn’t matter what our knowledge was coming in, we were all down for a good time and a little beer re-educationing. 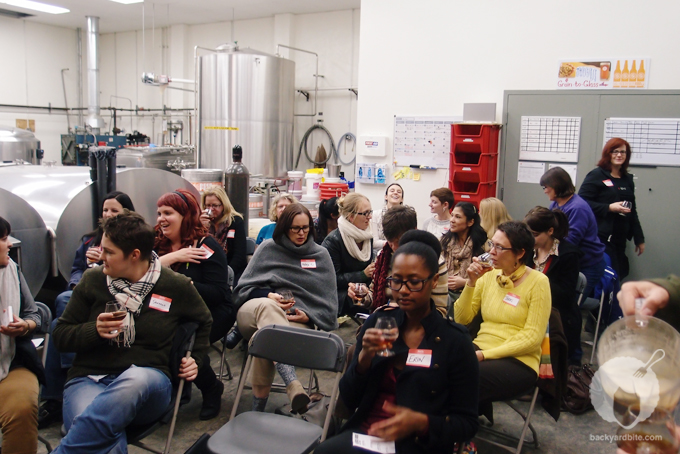 At the start, we all listened dilligently like good little students for the first two or so rounds and even asked questions like “can beer be aged?” (yes! If it’s a malt) and “why does this beer smell like cat pee?” Audience participation is a must in this setting. We looked, swirled, smelled, drank and described what we tasted. Then we all drank some more. Suddenly, my glass was empty and I had a fun discovery – I DO like beer! 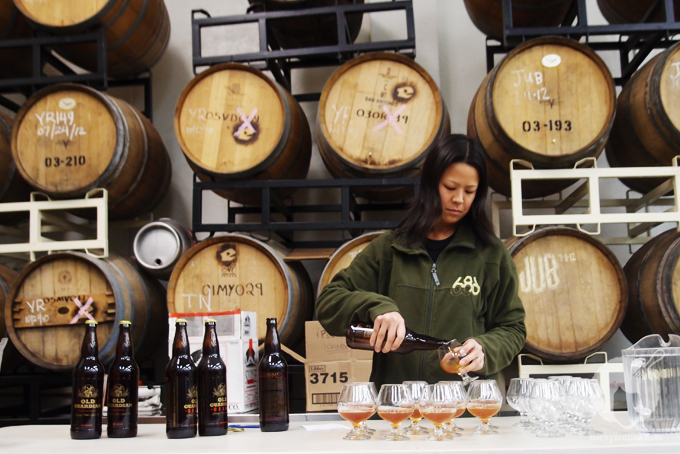 There were some flavors I had a strong aversion to. One particular brand from Portland, Oregon, Hair of the Dog’s hoppy, Doggie Claws was one I didn’t finish. Despite its adorable name, it was a beer that even Ting admitted to smelling a bit like cat pee. “It’s the hops” she assured, not really pee. Ahhh, we all sighed with playful relief. I found however that the aged 2010 Old Guardian was right up my alley. It had a “big taste”  a slightly sweet side, and was a bit fungal in its aroma. I found myself refilling.

Ting says, “women should stop saying, ‘Oh, I don’t like beer. I’m not a beer person.’ The problem is, we simply haven’t met a beer that we like yet.” 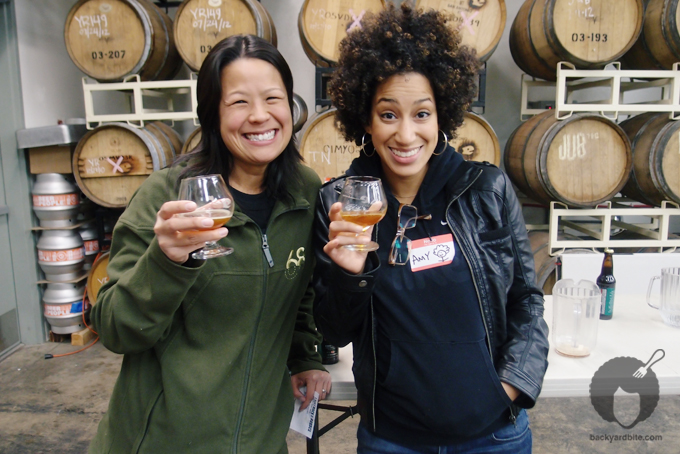 Ting conducts the forum at the brewery on the third Wednesday of every month. It’s a good sized crowd of gals. It’s not a place to feel intimidated or pressured. You might love the beers that month, or you might hate them. “Don’t feel bad if you take a sip and hate it. Move on to something else.” Ting’s philosphy is that life’s too short to drink bad beer. 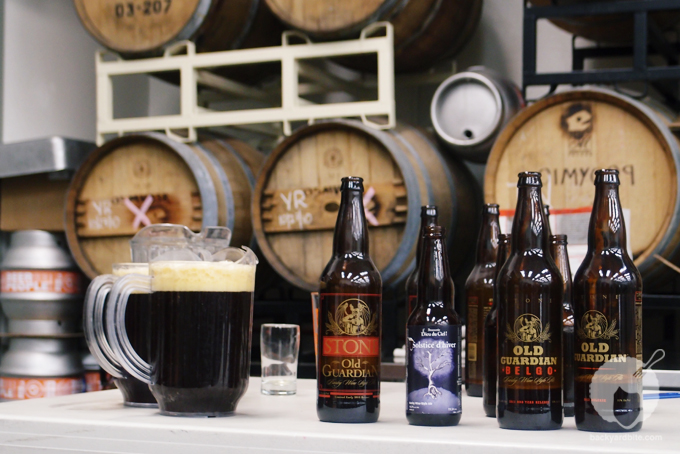 Here’s a brief recap of the beers we sampled from the Barleywine Tasting on 12/19/12. As you can see the alcohol content of these particular beers is pretty high. So, yeah… we had a good time.

Special shout out and Thanks to Pig Parts and Beer for introducing me to this great neighborhood gem! 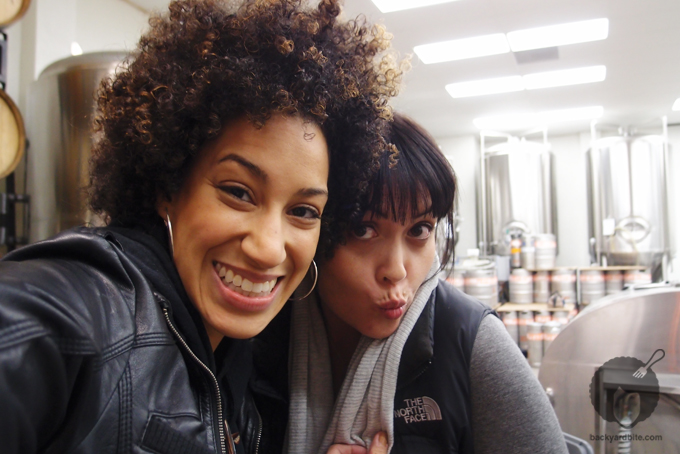 BYB Tip: There is always a (woman owned!) food truck parked just outside. So don’t worry about drinking too much. You can always order and eat in the bar or tasting room. Here’s what I ordered from Steel City Sandwich to soak up the booze in my belly. 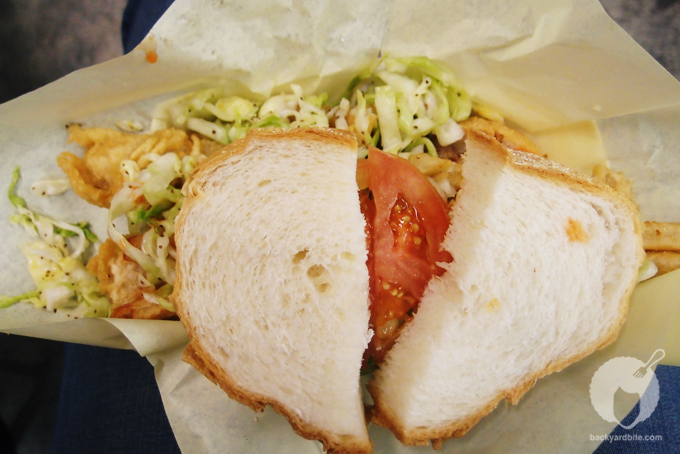