Yesterday, I gave you my top 10 list of great restaurants on Main Street. Now, that you have some food in your belly, let’s go out for a drink, shall we?

There are a good number of local hangs, divey bars and hip clubs on the downtown Main Street drag. Here’s a sip of some stand-outs to help you familiarize yourself with the land before you go. The best part is… it’s all walk-able!

If you’re in town for Sundance then you’re only in Park City for a short while, so make it count!! Here are my Top 10 Bars in Park City: 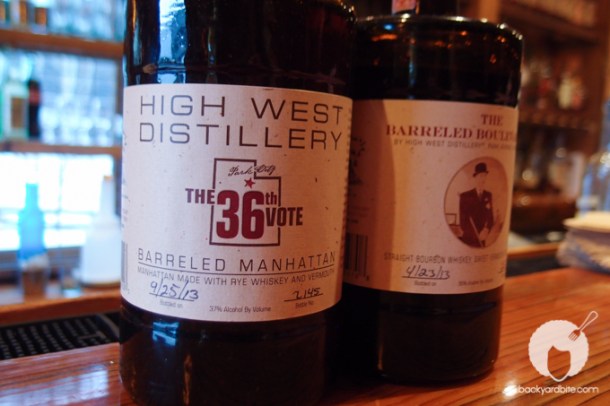 10. High West Distillery - This insanely popular whiskey distillery offers daily tours and tastings and is a must visit in Park City. It is Utah’s first distillery since the 1870′s and as it is located near the base of the Town Lift, it’s a great stop-in after a ski on the slopes. Great lunches and dinners in their restaurant too. They serve up Western cuisine which celebrates the rich heritage of Old West saloons. As the only ski-in gastro-distillery, (probably) in the world, it’s most definitely worth a pop-in for a drink or five. Watch:

9. Boneyard Saloon and Kitchen - Newly opened! They feature great local beers, whiskeys and a damn tasty cocktail selection. This place has all the “three c’s” It’s clean, chill and comfortable and having been newly constructed, it’s also very cool. They’ve even got heated floors on the rooftop so you can sip your booze and stay warm. You’ll have to drive or cab over (about $20 bucks) from Main St., but it’s worth the trek. Do yourself a favor and check them out! 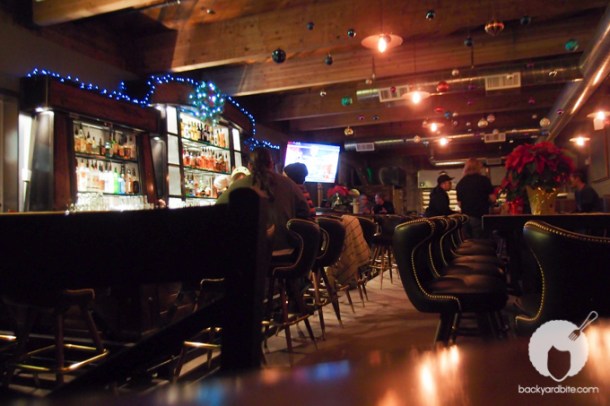 Inside The Boneyard Saloon and Kitchen

8. O’Shucks - Great billiards and brew. A true locals bar, huge TV’s + peanuts to eat, then throw on the ground! Yay! 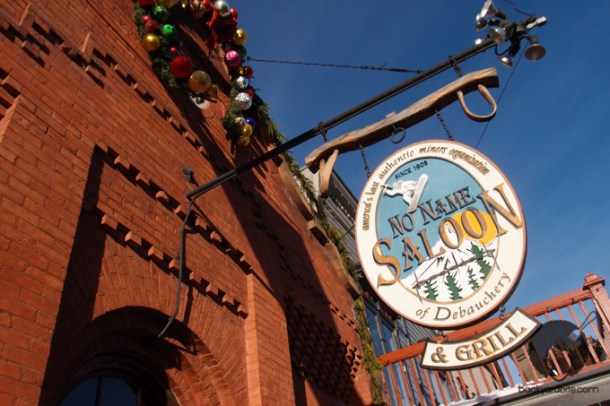 No Name Saloon on Main

7. No Name Saloon - Another great locals bar! Love their slogan “Helping people forget their names since 1903.”  Get the Buffalo Burgers or Buffalo Wings! Also, featured on my Restaurants List. 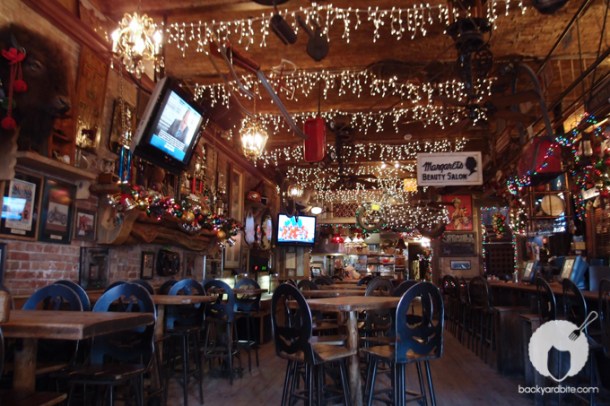 Inside No Name Saloon

6. Ciseros – Located near the Egyptian Theater, this place doubles as a restaurant and nightclub. The night we went, there was bumpin house music, a full on dance club and nightly specials. That night was $3 Whiskey-Gingers. (Note: slight cover charge, but sometimes they hand out passes to cute girls and boys 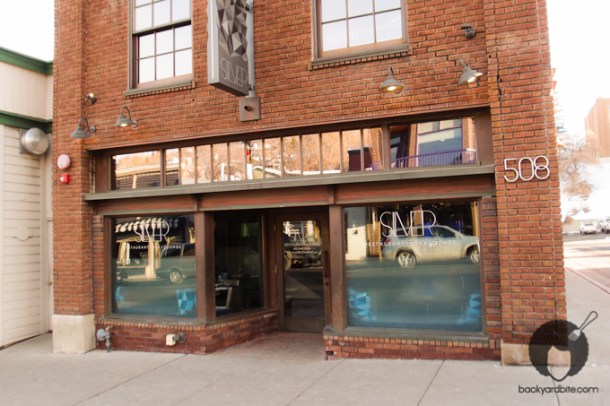 The Silver on Main

*Note: As of this posting The Silver has sadly since shuttered it’s doors (Spring 2015) 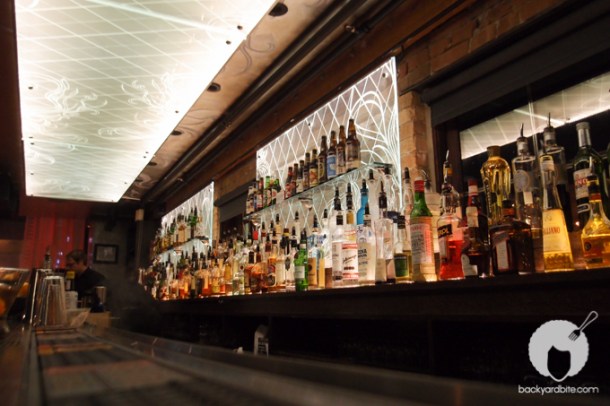 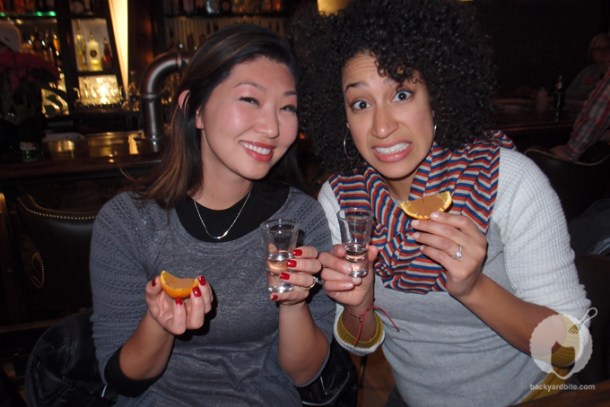 3. The Spur Bar and Grill - A cool smoke-free, casual bar with a western feel that offers live music nightly and “Southern Pub Grub.” Located right next to 350 Main, (which is also RIGHT next to the Egyptian Theater!) so you can watch a flick, have a nice dinner and then walk over for some music and drinks! 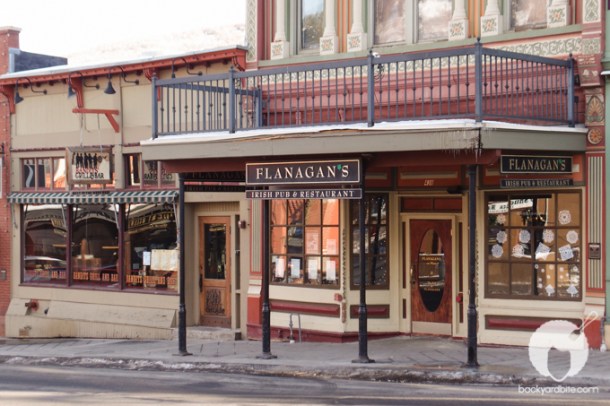 2. Flanagans - Traditional Irish Pub which features great fish and chips, live music and full selection of Irish whiskeys. Right in the center of it all! 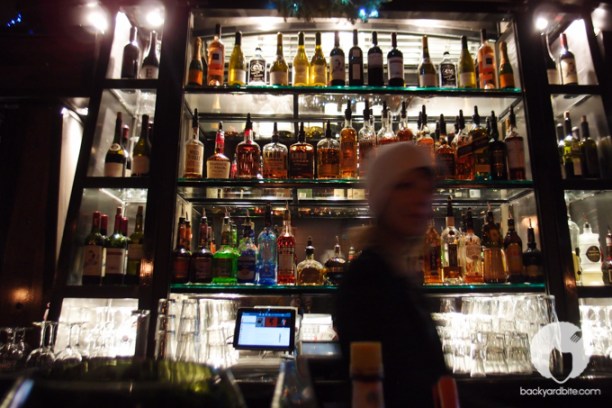 A seat at the bar

1. The Downstairs - I didn’t actually get the chance to visit this place because they were closed the night we wanted to go dancing… so, make sure you call before you go to make sure they are open and not closed for a private party. If you can score a “VIP” pass you can bypass the cover charge and hit the dance floor for free. If you’re used to the Hollywood nightclub scene, I believe this is pretty much that… but with a small town feel. 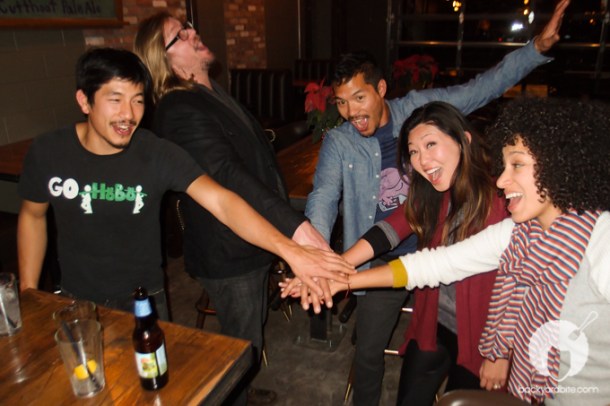 Bonus Bar: Red Rock Brewery - Local brewery inside of Kimball Junction, just a 15 minute cab ride from downtown Main Street. Yummy ales and stouts. Brewski’s for the sophisticated beer lover, since 1994. (Note: the only non-walkable bar on my list. Good if you have some extra time.)

Which bars do you love? Which did I miss? Please add your faves to the comments section below!

Check back tomorrow for my Park City Breakfast Guide!