I had never really been a “beer person,” but lately, with such innovative and tasty craft breweries popping up all over Los Angeles, beer and I are becoming fast friends. I had been to Golden Road Brewing a few times before but I had never gotten to go behind the scenes… that is, until now. A few Tastemakers invited me to take a tour with them and see just how the beer is made – and canned, right here in LA! Watch my behind the scenes video, here. And read on for my experience at the brewery. 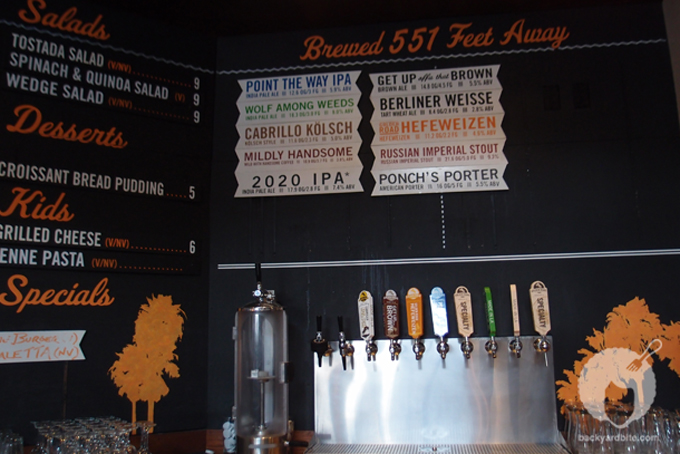 First, we started off in the pub and got to take a look at their newest seasonal beers. Then walked behind the bar to their private bar and dining area, also known as Chloe’s and learned about the history of the company. Having opened in October 2011, these guys are still pretty young, but have quickly made a name for themselves in LA County and beyond.

GRB is among the fastest-growing start-ups in craft beer history. Owner, Tony Yanow partnered with Meg Gill with the goal of starting up a brewery community in Los Angeles that didn’t previously exist. His passion for brewing beer led him to first open up the “cleanest neighborhood dive bar”, Tony’s Darts Away and Silver Lake’s super trendy Mohawk Bend. Originally producing beer in kegs, they now brew and can all their beers at their Atwater Village facility and are available in almost every local LA supermarket including Whole Foods and Trader Joes. 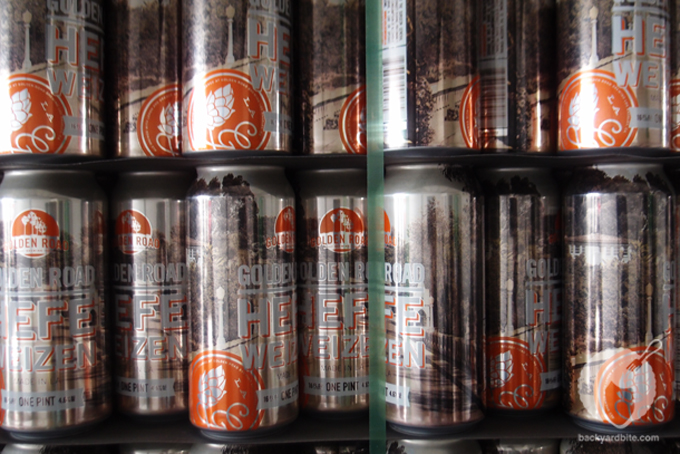 We were taken into their barrel aging room where Laurel, our tour guide told us that they age beers in tequila and wine barrels infusing those flavors into the beer over time. 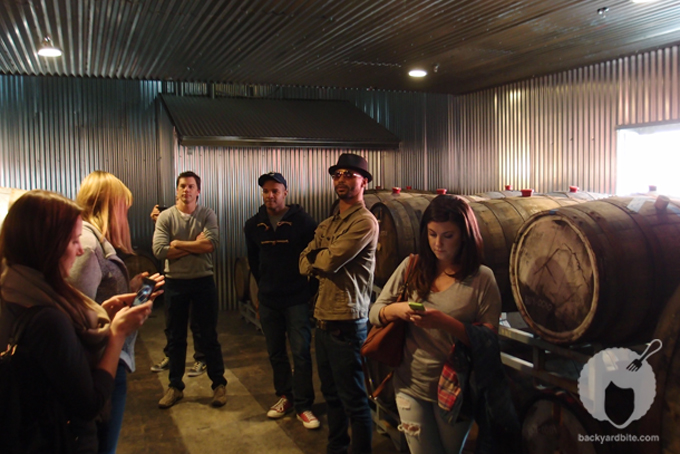 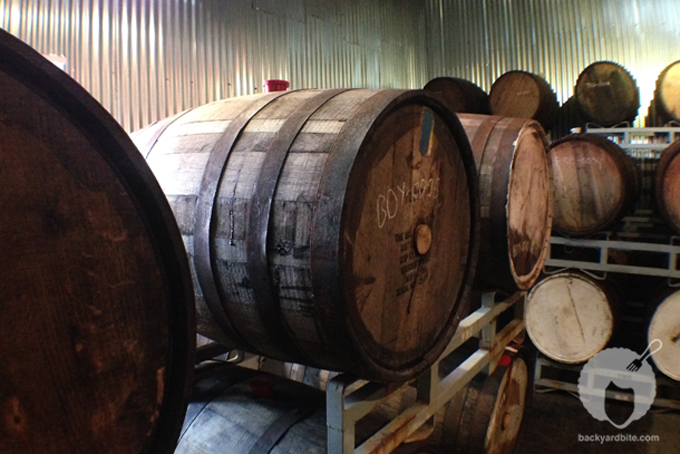 Then we got to see the beer-making process from grain to can – and even got to taste a bit during our tour! 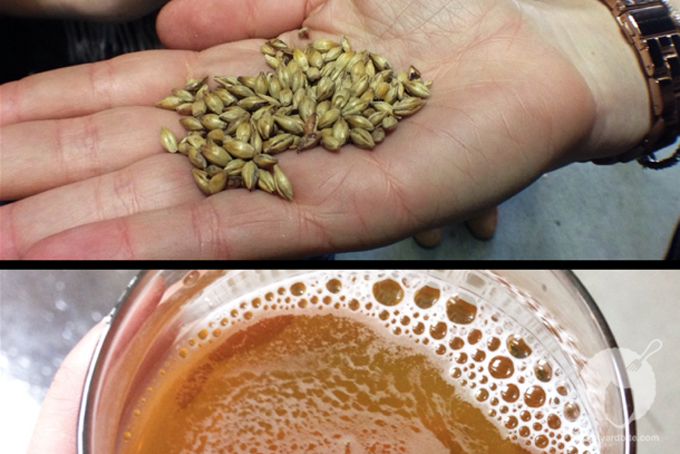 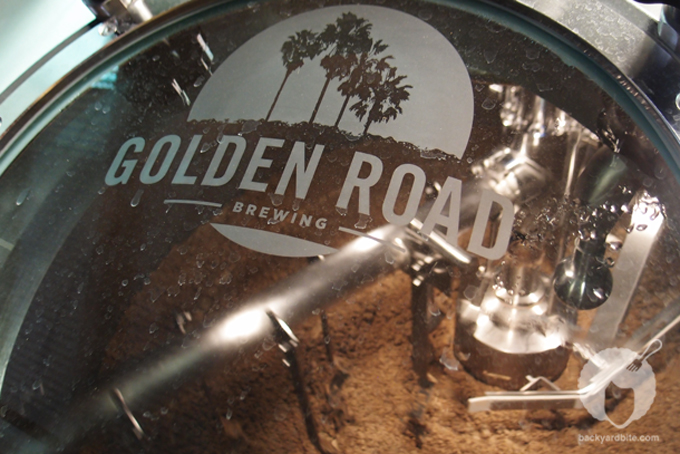 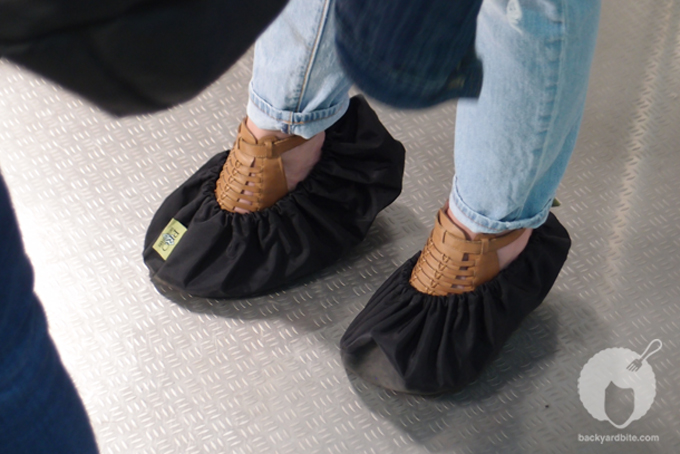 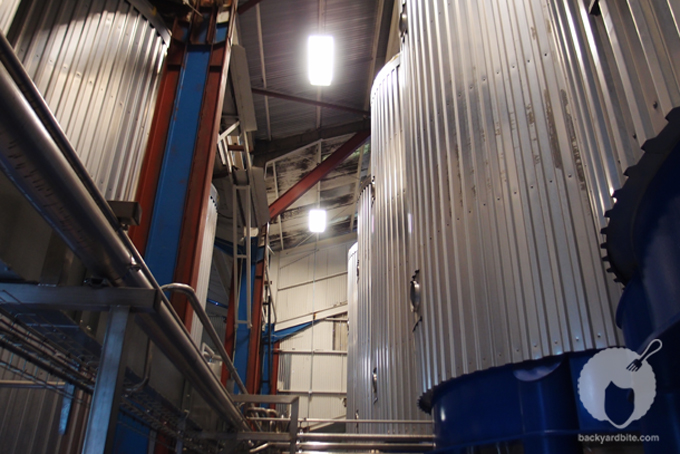 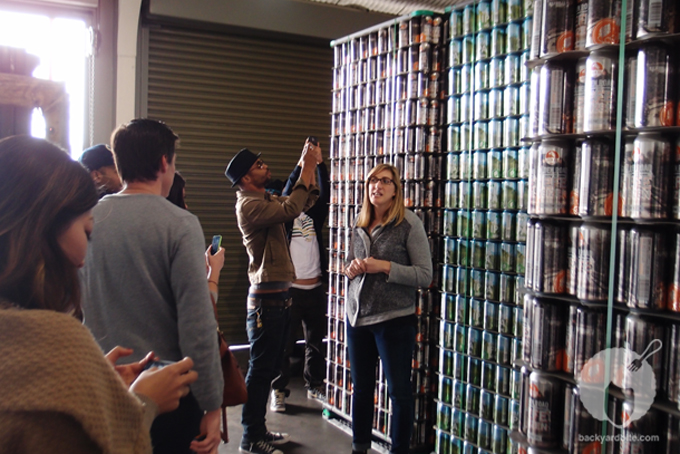 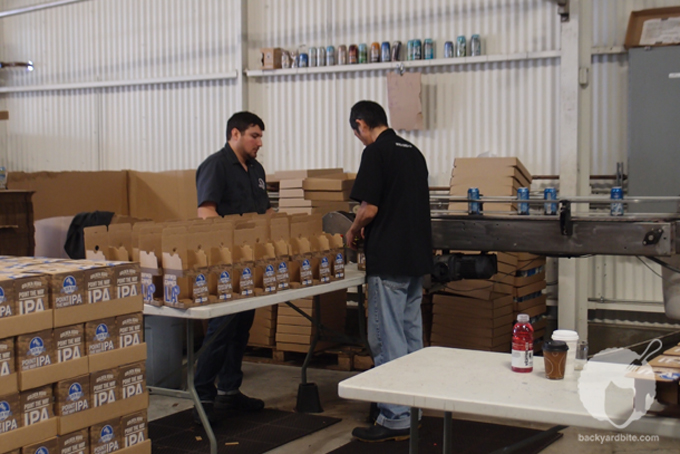 Why Cans? Our tour guide, Laurel explained that canning is actually better for the environment. It leaves a smaller carbon footprint as it is lighter to ship. It also reduces any flavor affect on taste since no light is let in. Plus, they look darn cool, don’t they? 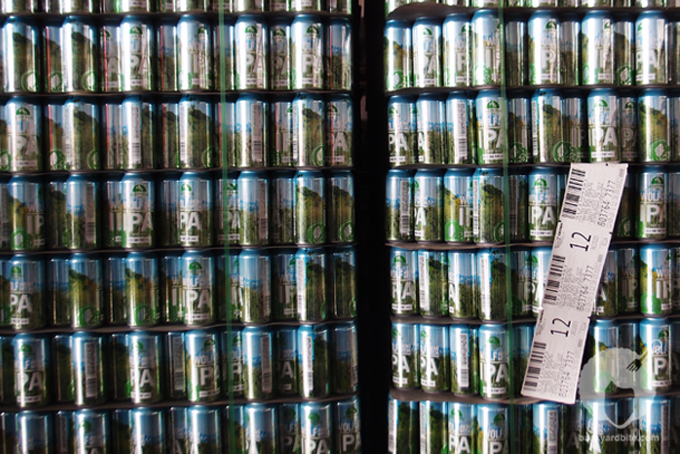 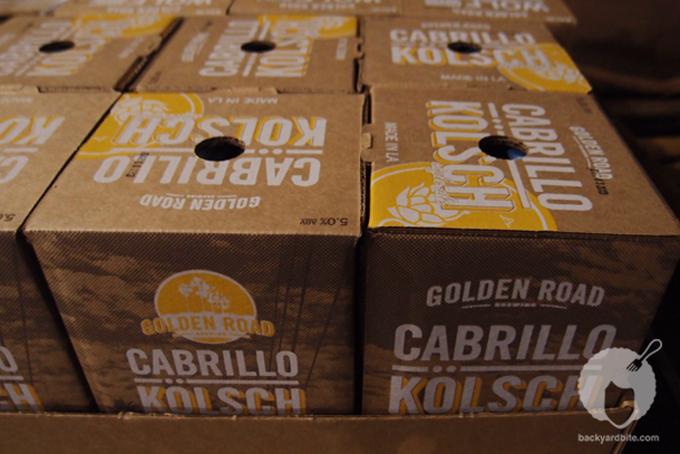 We were lucky to run into co-owner, 28-year-old Meg Gill at the tail end of our tour! A cool, down to earth gal, you can really hear the passion when she talks about the work they do. 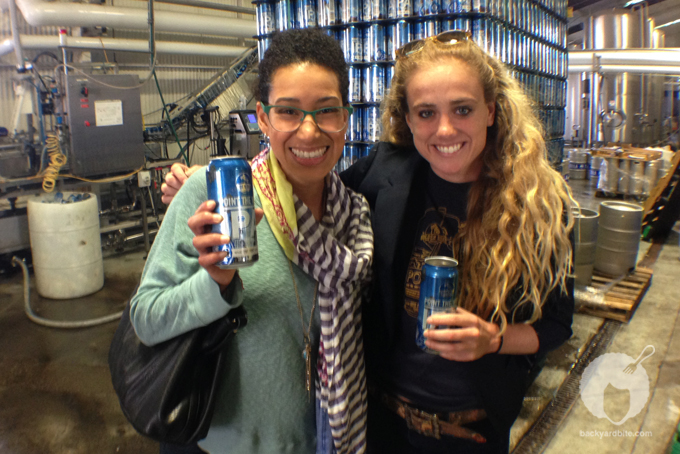 Want a tour? Give them a call to make a reservation. They give complimentary guided tours of the brewing facility, barrel aging room, and production floor every weekend at 1:30PM, 2:30PM, and 4PM. Additional $10 tastings are available after the 2:30PM and 4PM tours. They also have a full restaurant, so you can come for a tour and stay for a meal.

Oh yeah… and they make rad soap that smells like my favorite beer! 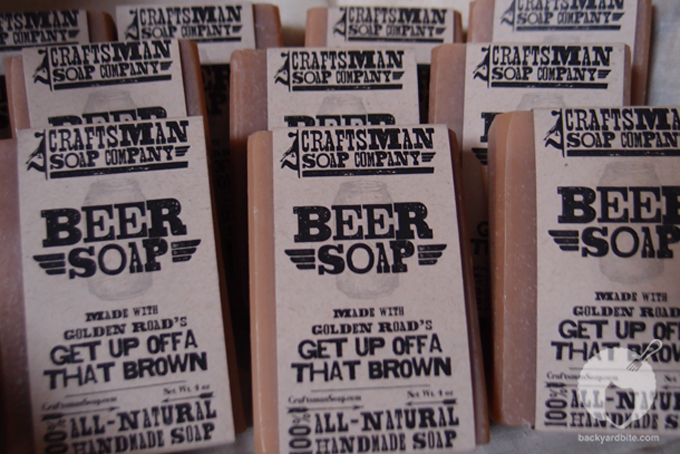