My beau and I were taking a nice stroll after scooping up some ice cream from CarameLA on 3rd St. and happened upon Blue Collar a new swanky bar-lounge that just soft-opened this weekend. Although we had just stuffed our faces with ice cream, we couldn’t resist an offer to try a cocktail or three at the newly opened neighborhood bar. 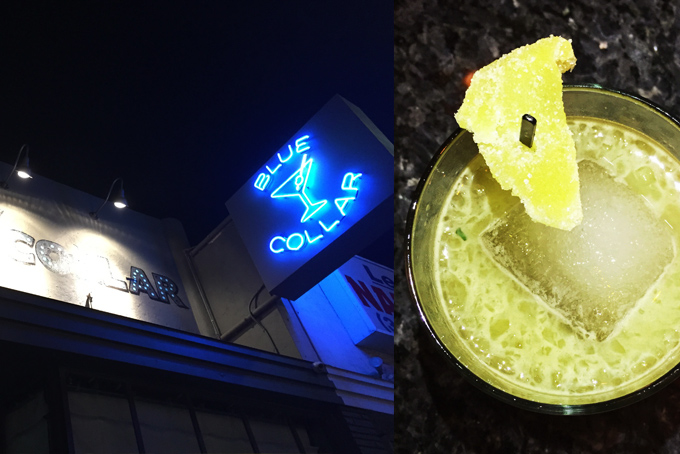 It’s a little gem inhabiting an unassuming strip of businesses which includes a sign shop, a newly opened smoke and vape store and a nail salon. You may notice it next time you’re picking up some tofu and Kombucha —  it’s located just around the corner from the big Whole Foods shopping plaza on 3rd and Fairfax. There’s not much visible about Blue Collar from the street, save for a glowing little sign and a friendly door man checking IDs.

I learned that Blue Collar is a project from Vinny Laresca, also owner of Rusty Mullet and Outpost (also a pretty successful actor on a bunch of tv shows and movies).  I also learned that opening night, Lenonardo DiCaprio and Tom Hardy were sipping cocktails in the booths. Yeah, it’s that kind of place. Swanky, sexy, cool.

What it isn’t — is a stuffy, artificial Mixology bar that is all too common in Los Angeles. You know the ones. Instead, here you can expect stiff cocktails with fresh, made-in-house natural ingredients and a cool throw back to the the 40s and 50s. The walls are adorned with vintage photos of classic movie stars and the music is Jazzy and hip. It’s modern mixology without all the pretentiousness.

You can expect a good variety of small batch Whiskey, Tequila, Bourbon or Scotch. I tried two drinks: An Old Fashioned (made just right!) and a spicy Penicillin (Scotch, ginger, honey, lemon). Don’t be afraid to send a drink back for a few tweaks, these guys aim to please. 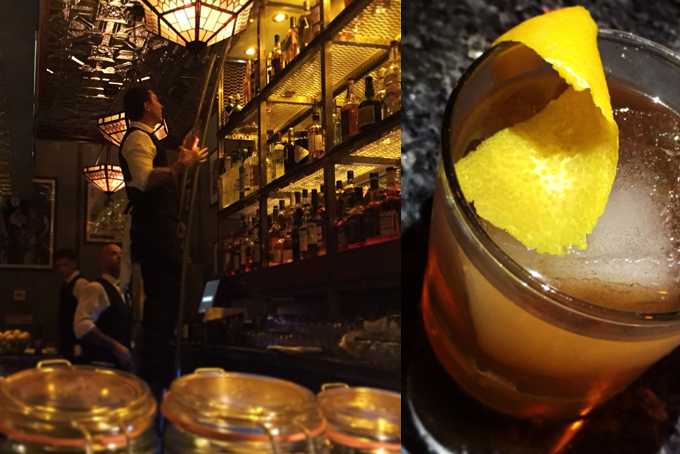 Perhaps a better name for the bar might have been, Trust. As there is no official cocktail menu, instead you are required to trust your drink maker. You describe what flavors you typically like and he whips something up just for you. Imagine telling a clothing designer what colors you like and then he or she proceeds to sew you a custom dress that fits like a glove. Yeah, it’s kinda like that. It’s a neat way to drink and takes the pressure off those of us who can never decide what to order.

There isn’t a bar quite like this in the area, and I’m really excited to see how the neighborhood warms up to it. We’ll be seeing you again, Vinny! 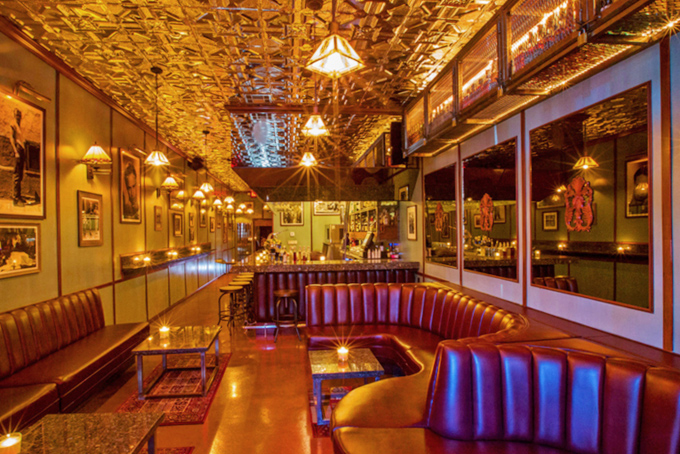 Note: Parking in the area is a crapshoot. Uber or Lyft to keep your sanity.