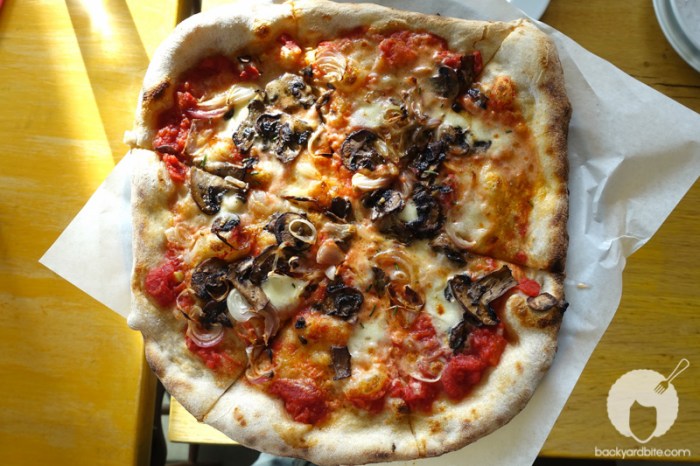 I’ve only been here for 60 days, but I have accumulated a few favorite restaurants already. Since day one, I have been chatting up locals, asking around, reading blogs and compiling a list of my own must-try restaurants around town. I’m on a mission to eat my way through Portland, one restaurant at a time and I think I’m making pretty good headway.

This list will no doubt grow and change in the coming months, but for now… here are some favorite food discoveries.

One of those places that get mocked on Portlandia for having a ridiculously long brunch line on weekends.

You’d assume a place with this kind of popularity would have a pompous air about it (typical of LA or NY) and would charge a whole lot more. Surprisingly, the staff was friendly and helpful with suggestions and the prices were super reasonable. Went on a weekday and while it was full, there was no line.

Chicken and waffles. My waffle had a sweet potato base, so kind of healthy, eh? The batter for the fried chicken was light and not greasy or oily at all. The gumbo was hearty and had a great mix of flavors and spices without being too spicy. Also… praline bacon. Boom. 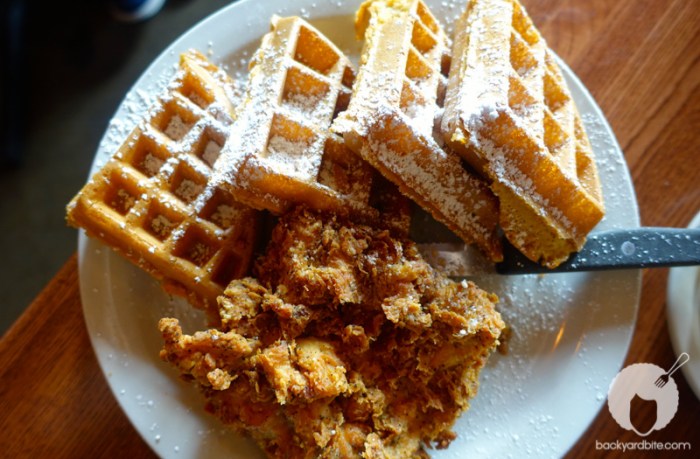 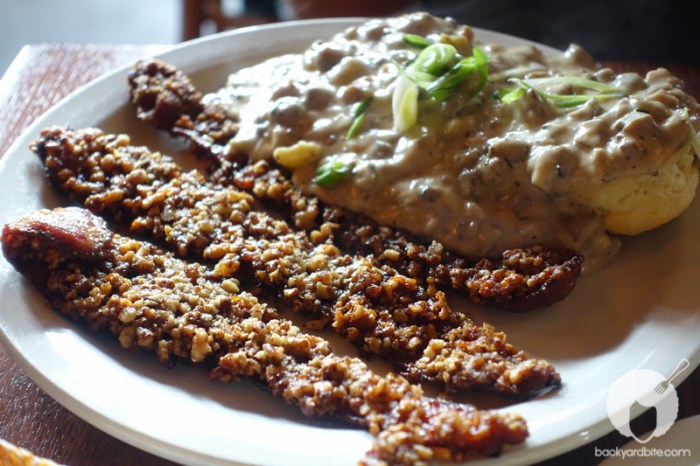 A local’s favorite, Wolf and Bear is the healthiest, tastiest little falafel wrap to ever come out of a restaurant on wheels. They’ve got a couple locations scattered around the city, but the cart I first tried was located off Mississippi Ave., a hip and trendy little block filled with various bars, burgers and boutique shops. The falafel was light and fresh, organic and locally sourced (of course). Though it’s prepared in a cart, this is not fast food. You’d just as easily be presented with an equally beautiful and tasty lunch in a sit down restaurant. 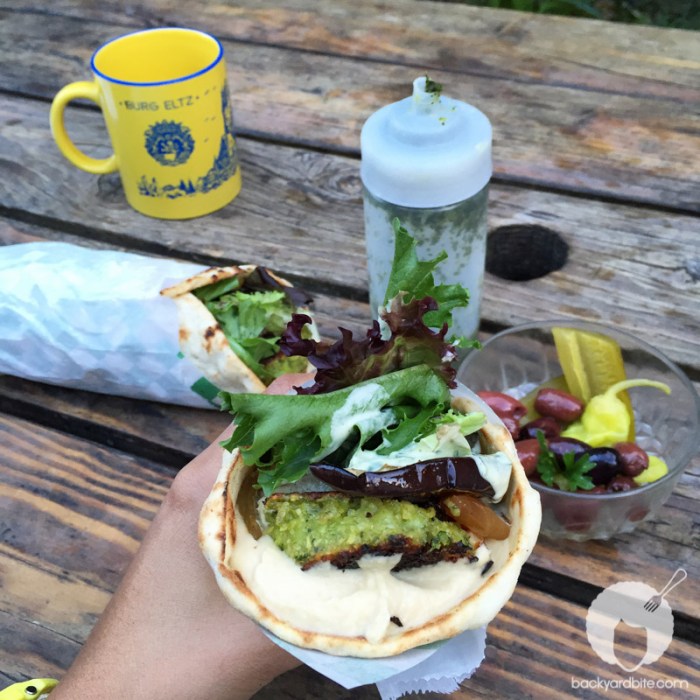 The best sandwich in Portland? Well, that’s what my beau seems to think. He’s tried the popular Bunk and Lardo and a few non-notables and so far, this one from Güero has rocked his world. The pollo pibil is a Mexican sandwich, a torta, The top of the bread is soft (almost soggy even) yet underneath, it’s toasted on the grill for a crispy crunch. Inside, the seasoned chicken, chipotle-lime aioli, refried beans and shredded lettuce make for a pretty little bite. It’s a sandwich that’s not too messy and it doesn’t try too hard. The flavors combine to give you a light and tasty bite that’ll make you say “Damnnnnnn!” 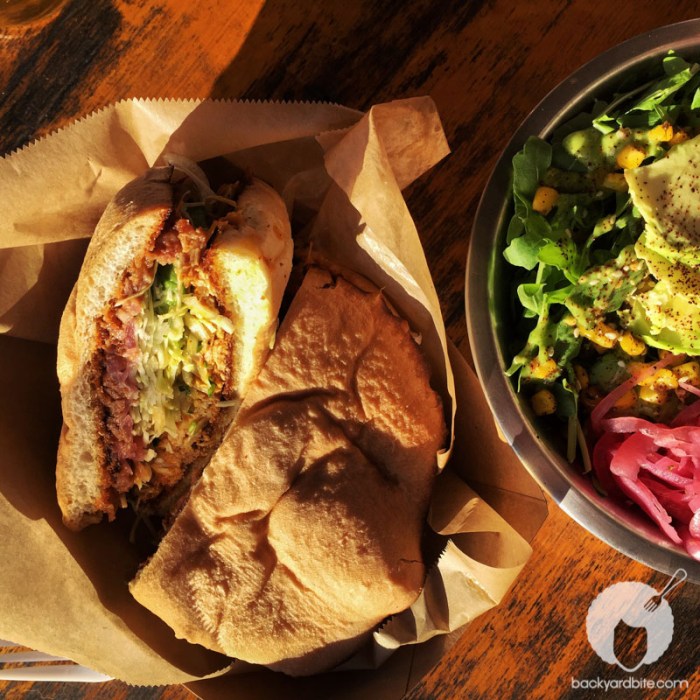 Known for their charcuterie, this place delivered. We ordered a terrine and a few salamis a la carte and had a very enjoyable date night. Trendy and casual. Very good dishes.

I told a story to the waiter about when I was in college years ago, how I smuggled salami back from the cafeteria in my pants pockets. My future husband was smitten. The waiter was too apparently, as we were then brought a dessert of chocolate salami – on the house. 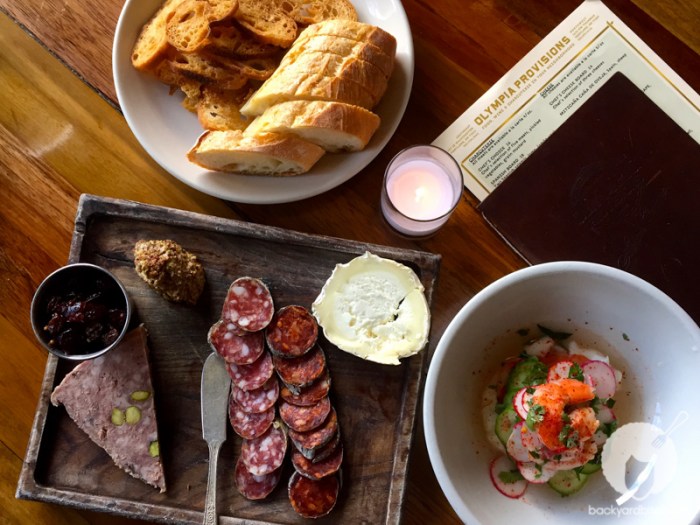 Sometimes you just want something simple and good. I’ve been eating quite a bit of heavy and weird dishes lately for my job and today I just wanted to eat something that would satisfy my hunger, soothe my soul and not give me a stomachache afterwards. Simple and good.

When two people in the same day recommend a spot, you know you must check it out asap. I went to Nong’s Khao Man Gai’s brick and mortar location just off Burnside. I ordered their special —the only thing there really is to order, the chicken and rice. It’s amazing how your body can crave something so basic. It’s boiled chicken over jasmine rice with a “soup” side of chicken broth to sip on along side a few crunchy cucumbers slices meant to cleanse your palate. They also have their own special ginger-soy sauce which is made to compliment the dish. Get this dish when it’s cold and rainy. Get it when you’re sick. Get it just because. 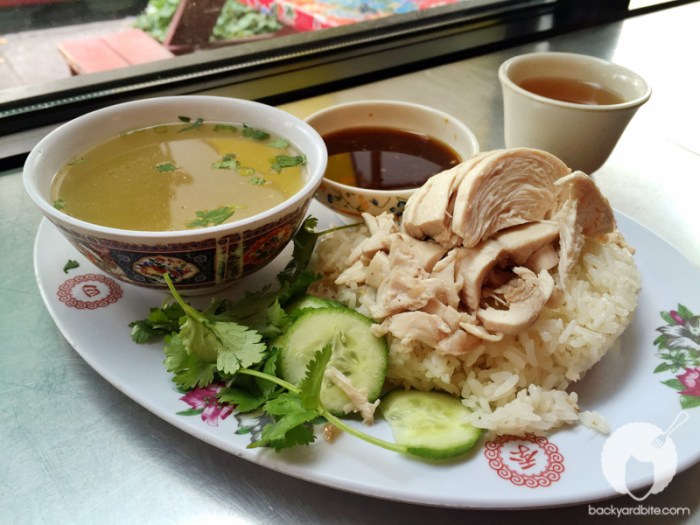 I’m still raving about this Argentinian inspired restaurant months after dining here. Although it can be on the pricer side, I can see myself dining here often. It’s one of those hipster places you come with friends and order a bunch of tiny “shared plates” to load up on too small tables. We went for a special occasion (birthday) and tried many of these little dishes which we passive-aggressively fought each other for last bites; the Dungeness crab and avocado bruschetta, the spiced beef and raisin empanadas, the sautéed mushroom and foie gras were just a few stand outs.

But the star of the night was the beef skirt steak which like  their other meat is cooked on their wood-fired oven which really imparts a killer flavor. I really can’t wait to go again. Who’s got a birthday?? 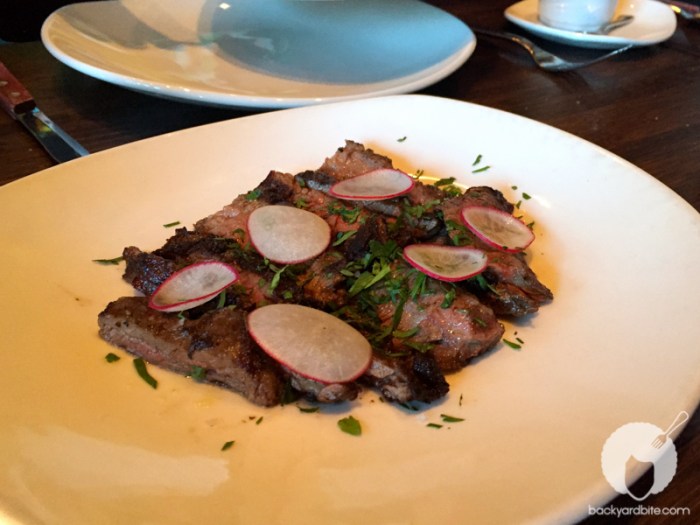 I’m not typically a donut person, yet I’ve gone to Pips three times already. It’s cute, it’s comfortable, it’s a great location for conversation (think coffee shop), and there’s something fantastically freeing about being able to eat six donuts and not feel dreadfully guilty afterwards. They are bite-sized and crispy, yet delicately soft inside. Somehow the maple-bacon donut remind me of eating chicken McNuggets as a kid. Not in a gross way… but for their crunchiness and perhaps finger-food size. Maybe it could simply be because of the giddy way eating these little donuts make me feel.  Pips also has their Chai Tea game on lock. Some favors have lavender or ginger infused, others are smokey or you can order it “dirty” and spike it with a shot of espresso. You can sample (which I do before ordering) or just spazz-out and order the flight to drink them all. 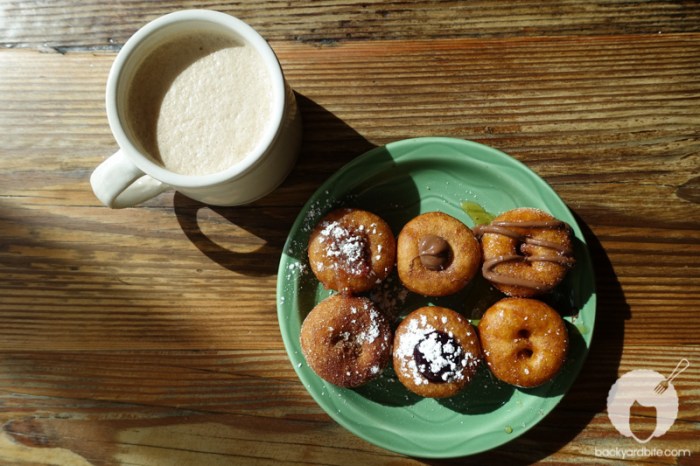 Yes! Another donut place on my list! This one is more traditional, normal sized, with a locally sourced, super-fresh artisanal twist. Bourbon Basil Blueberry Brioche. Need I say more? Yes? well then, Mexican Hot Chocolate Donut. There, I said it. 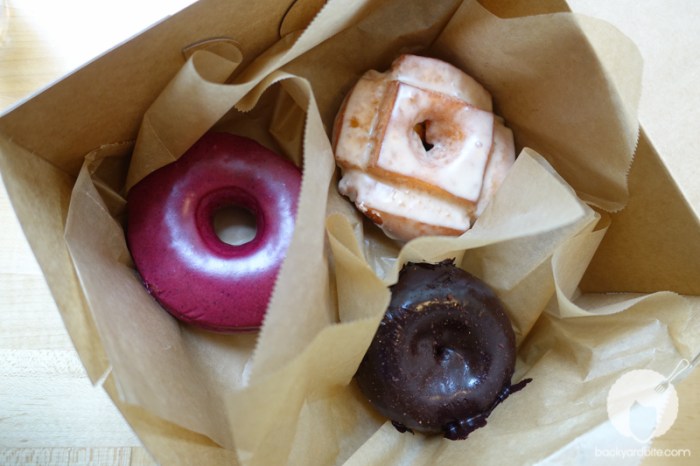 There are not very many good restaurants in Beaverton. There are not very many good places to get good ramen in Portland. The fact that there is a solid Japanese owned ramen restaurant that just to happens to be located in the Beaverton suburb is a magical thing. People flock to this place like Californians are flocking to Portland. You can come, just don’t tell anyone else about it. The wait time for lunch is already horrendous. Shhhhhhh! 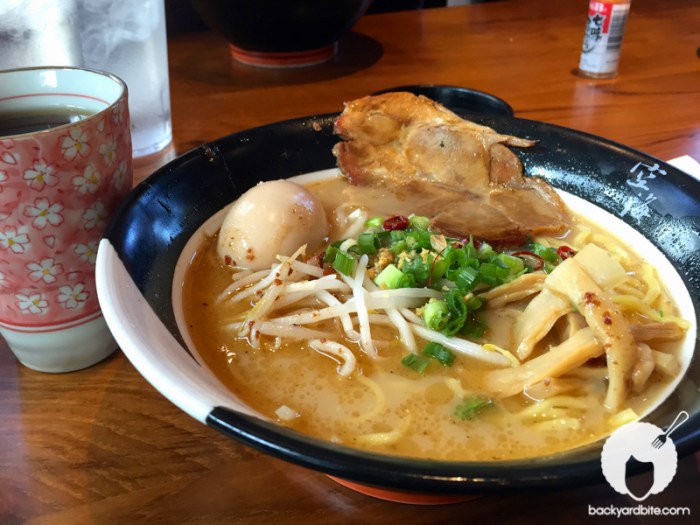