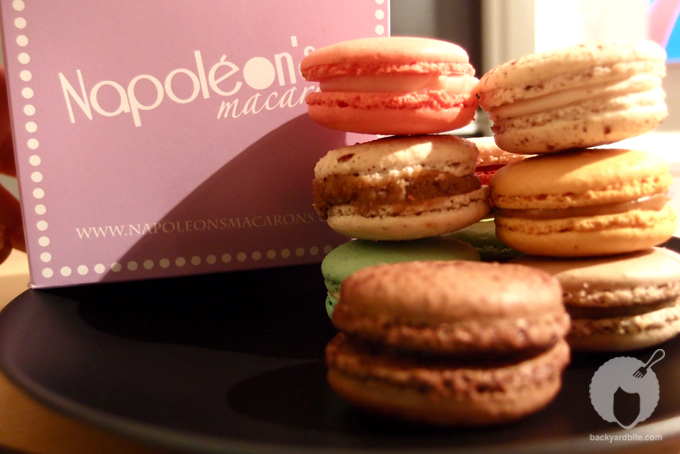 I hadn’t much been a fan of French macarons until very recently. My cousin who lived in the OC would often ask me to pick her up a box of ‘Lettes from my neighborhood’s Monsieur Marcel French grocer, and it was only a matter of time until I myself got bit by the macaron bug. 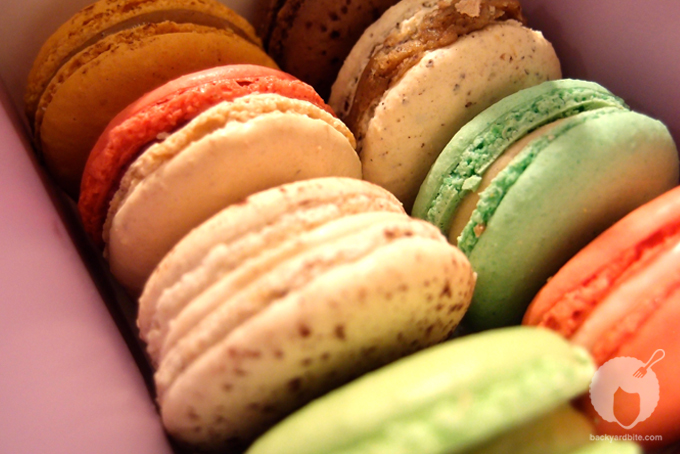 To my delight, the owner of a relatively new macaron shop in Canoga Park asked me if I wanted to try a box of their best flavors. “Of course!” I said, and the very next day this cute little box appeared on my doorstep! 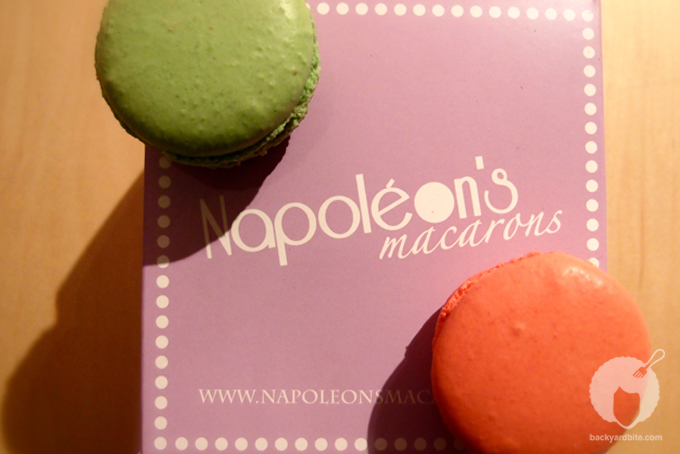 Razmig Cyril Tchoboian, a French born former sound engineer, started  Napoléon’s Macarons in October 2010. It was exclusively an online store. Yet as the shop grew, Razmig started providing macarons to various restaurants and chocolatiers and eventually opened up his first brick and mortar shop in the Topanga Mall shopping center.

Having apprenticed with a french chef, Razmig takes pride on his macarons being not only authentic but also gluten-free and made only with organic, natural ingredients. 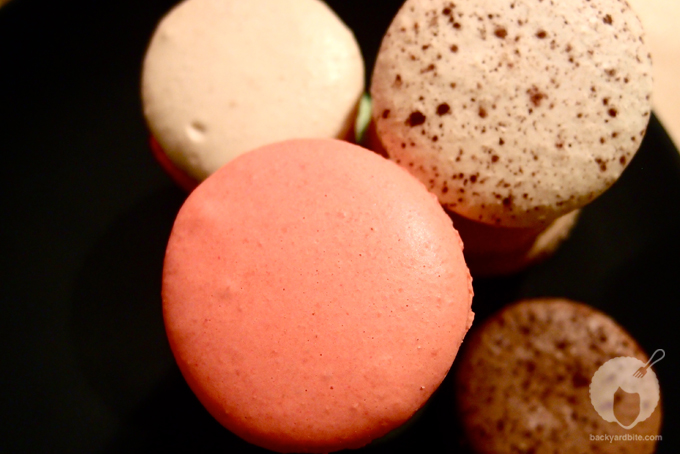 In comparison to the Beverly Hills based, ‘Lette, Razmig says he focuses primarily on quality ingredients and less on sugar. He does away with unnecessary over-sweetening techniques yet finds a way to remain true to flavor.

The cookies were firm, yet crumbly and gave way to a bit of pressure between my finger and thumb. The ganache filling had a nice subtle taste, hinting at each macaron’s unique flavor. As a chocolate fan, I loved the Café and Intense Chocolate cookies. There are many other interesting flavor options including Baklava, Pistachio and Rose Water just to name a few. 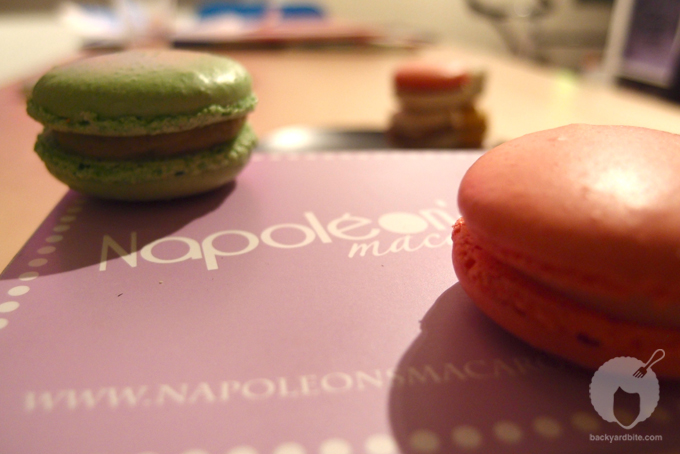 Their shop is located right in front of Macy’s (upstairs) in the Westfield Mall in Canoga Park. If you find yourself in the neighborhood, you should definitely make the effort to stop by this little macaron shop and try a cookie or two. If you do, let me know what you think!

Thanks again to Napoléon’s Macarons for letting me sample your delicious treats!! 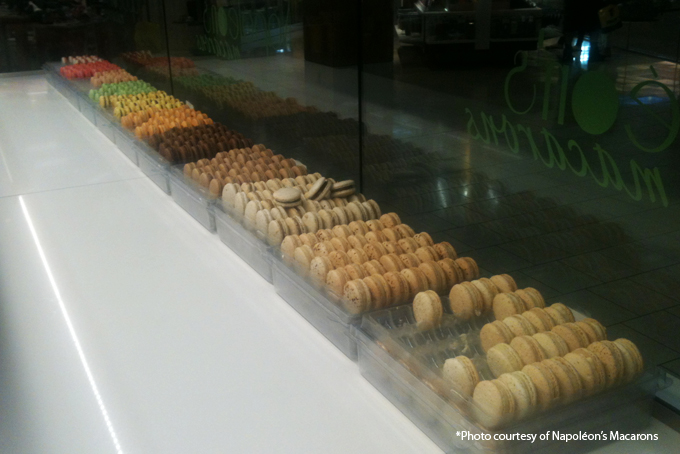