My bookshelf is lined with cookbooks that rarely get opened. The internet is all too quick to answer my immediate recipe questions and unless there is something really classic or specific that I am looking for, sadly, the books mostly decorate my cabinets. But when is a cookbook not just a cookbook? A memoir? A history? Sprinkle in a little humor, a little grit and a dash of inspiration – you get Roy Choi’s new memoir, L.A. Son My life, My City, My Food. 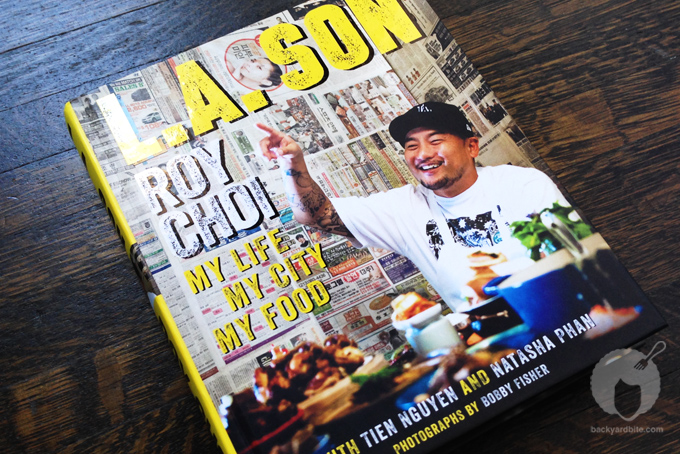 That title just about sums it up. An interesting, funny, often touching narrative about LA’s favorite Korean-American chef who is often referred to as ‘the guy who started the Kogi Truck.’ Though to those who know him on a more local level, he is so much more than that. Sure – he was indeed a big part of the team who helped to catapult LA’s food truck scene – you’ll also find him at his restaurants; Chego, A-Frame, Sunny Spot, or perhaps “feeding the streets” somewhere and cooking with his soul. He has an incredible life story and this book encapsulates his love for his food and his Los Angeles city and takes you along for the ride.

The hardcover book is thick, but it’s a quick and easy read. If you are a fan of his blog, RidingShotgunLA, then you are familiar with his writing style – which is pretty much how he talks – straightforward, honest and raw. It makes sense that Anthony Bourdain’s publishing company picked up the edgy bio-cookbook. 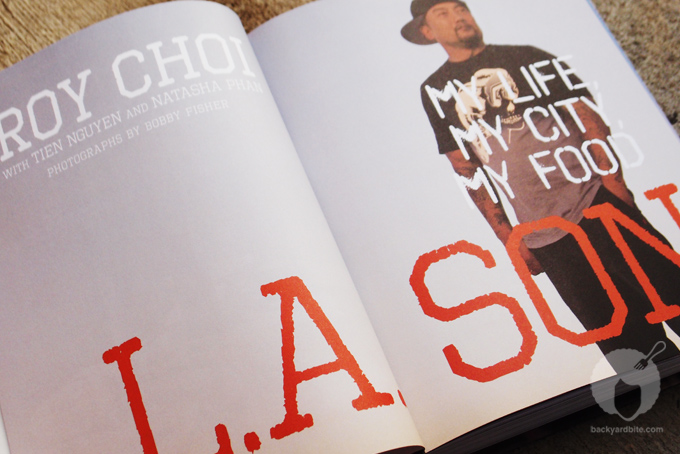 What you can expect: You get history – like how Old Hollywood became Koreatown and in the 60’s became home to the largest Korean population outside of Seoul. You get a glimpse into his Korean-American upbringing – a familiar story to what any immigrant in America must feel when trying to find his place in a strange land. You learn how he was “adopted by the streets”, was strengthened by the Fonze, and how his mom sold Kimchee like an Avon lady. You learn about the family restaurant, “dumpling time” and how the Choi family ended up with a lucrative jewelry business leading to Roy’s growing up in the O.C. in a house formerly belonging to Nolan Ryan.

But what great chef isn’t without his demons? Roy is no exception. His story has so many ups and downs, by the end of the book, you never again even think about referring to Roy as just the “Kogi guy.” 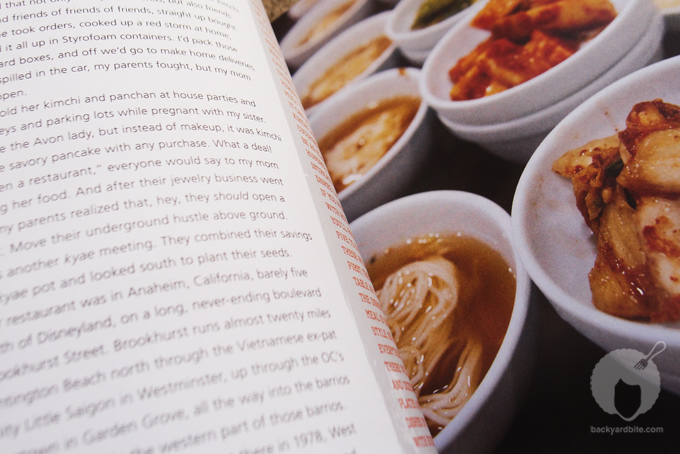 I love the inclusion of recipes after each chapter, some of his favorite dishes which were inspired by a particular time in his life. Choi, not only familiarizes you to his upbringing, but also with his Korean culture, and the dishes that define it. Jump to the end of the book for a lesson in “Cultural Shit.” Tips like: “Don’t point your chopsticks, eat all your rice, cook with your soul, taste with fingers, eat slow; drop the deuce fast.” You get the idea… 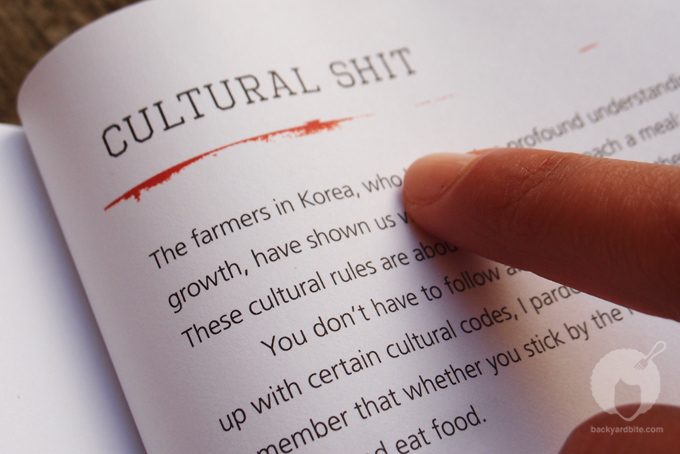 He describes some “rules” to Korean cooking and explains the importance of everything from soy sauce to tofu and spam in a Korean diet. He makes the simple process of washing rice a meditative experience. “Wash your rice to cleanse, not to clean,” he says. 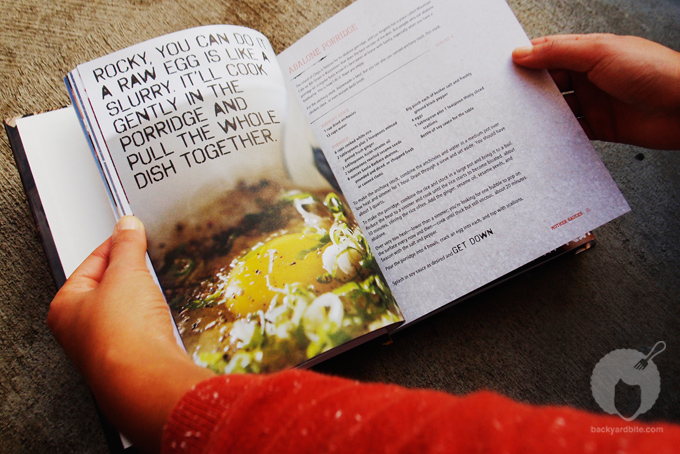 There is so much more to this cookbook than recipes, and so much more to this biography than the story of his life. “A fucked-up, restless kid from L.A. who had morphed into a thug who had become a chef who had cooked his way up a ladder, only to fall into the arms of the streets.” Choi has good intentions in writing his story and hopes it reaches not just the food fanatics who have been following his culinary life, but will hopefully inspire people everywhere, from high schools to libraries to jails. Do yourself a favor and pick up a copy. It’s a good read and, heck, it may even inspire you to pick up a pan and cook something!

Hop on to his already on-going book tour; hear him talk, pick up a signed copy, or sample dishes referred to in the book.

Unless otherwise noted, all events are open to the public.