Such was the case earlier this month, while I was in  Chiberia visiting family during the height of the Polar Vortex freeze. It smothered the mid-west with chilly temps around negative 53 degrees with the wind chill. So, how cold was it??

Sometimes, plans work out for the better.

Already in the neighborhood, now with lots of time on my hands, I was craving some WiFi and a cup of coffee to warm me up. Lucky me, I happened upon Hansa Coffee Roasters, a specialty coffee shop and roaster who had recently opened its doors for business this past Fall. 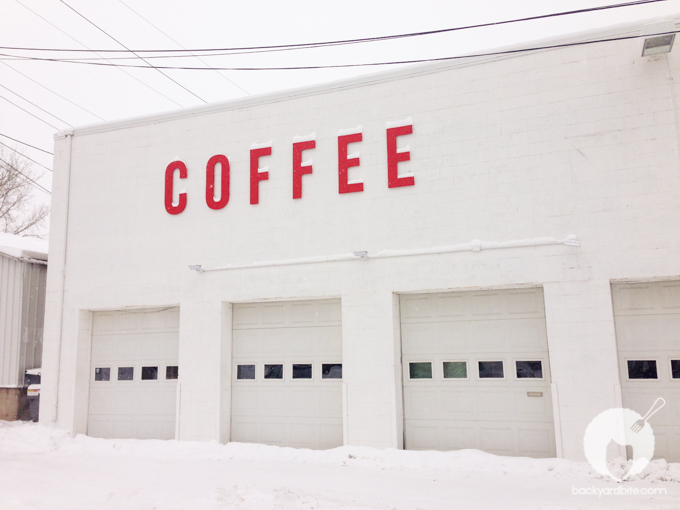 Surfing the Third Wave in the Arctic Freeze.

Y’all know I love me a good cup of java – especially as a self-declared coffee snob, I have a soft spot in my heart for microlots and rare coffees of the third wave variety. Thus, I was really stoked to find this place! 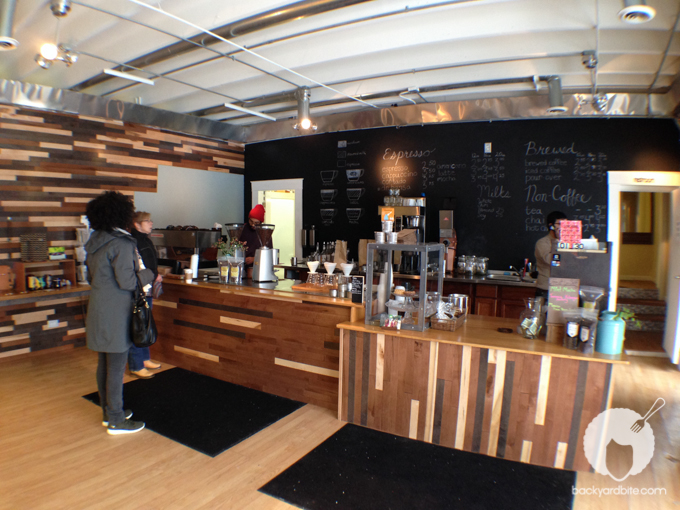 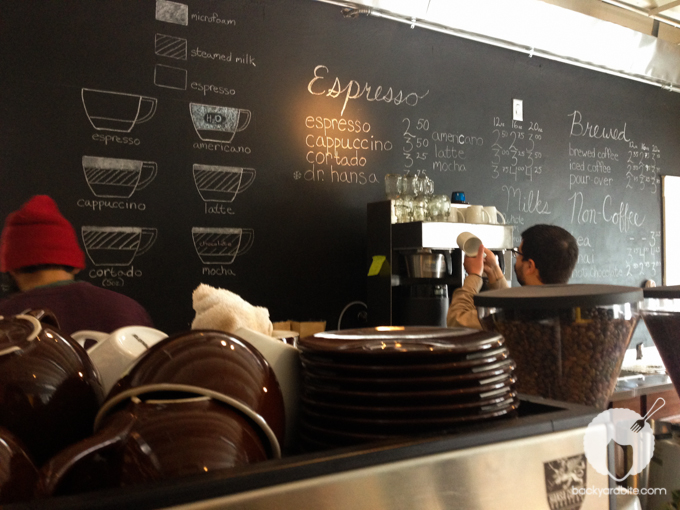 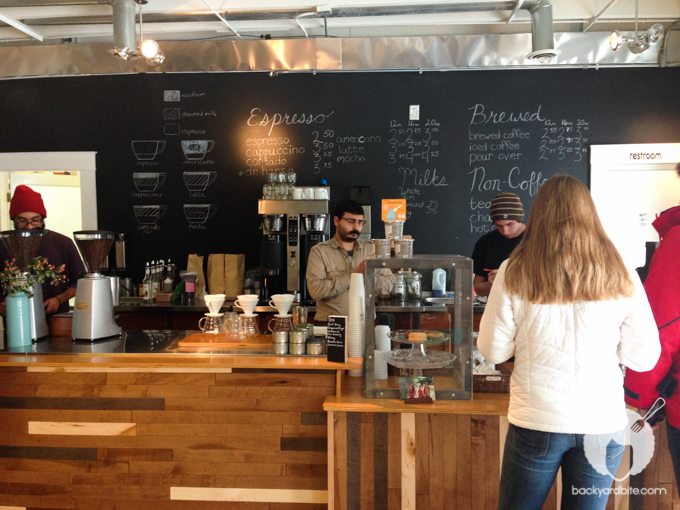 I stayed at Hansa for about an hour or two sipping a tasty cappuccino, banging away on my laptop, enjoying the warmth and spacious locale. 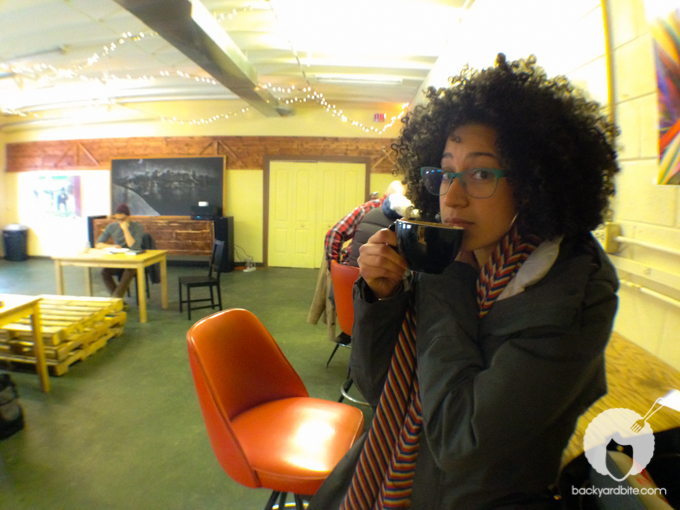 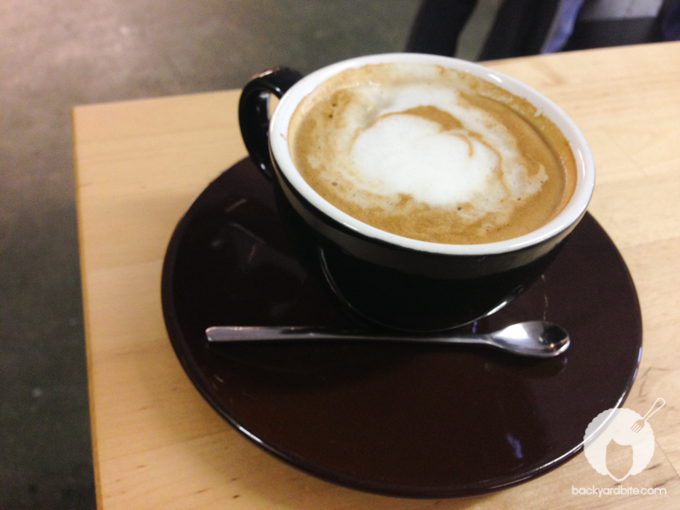 In a follow up to the owner, Tom Maegdlin, I learned that the coffee here comes from traceable single estates and is roasted in small batches right on the premises. Tom, has a long 10 year history in the specialty coffee industry, previously working as the green coffee buyer and roaster for Press Coffee Roasters in Scottsdale and logging thousands of hours behind the espresso machine. 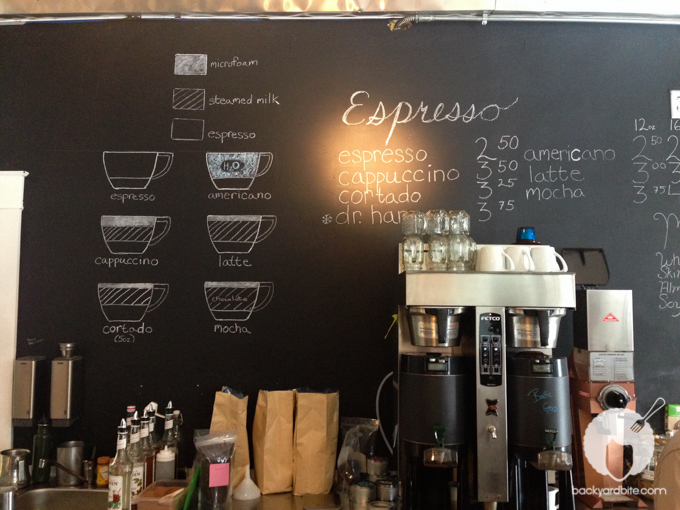 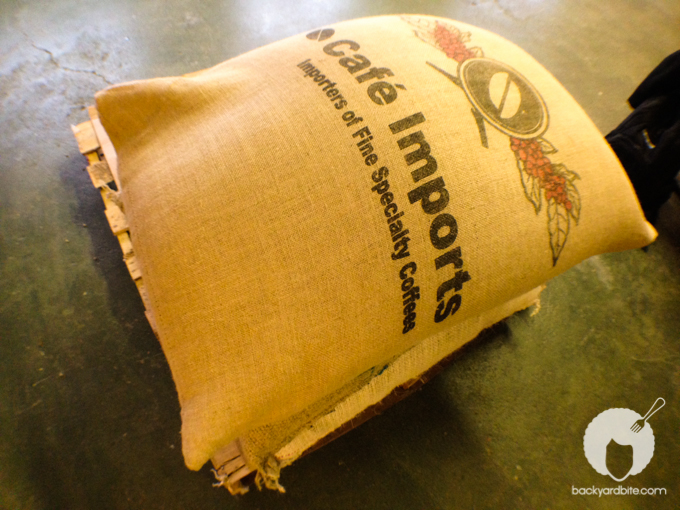 The name Hansa, which comes from the mid-evil Hanseatic League in Northern Europe is the name of some of Europe’s most prominent coffee traders. Tom started Hansa in 2010 selling from his website, microlots and hard-to-find coffees. He later partrnered up with Kevin Kane deciding to open up their first retail store right near the Libertyville Metra stop.

“I was walking my dog near the train station one day when the property we are at now caught my eye” said Maegdlin.  As for the logo and design of the name he said, “I imagined the red letters exactly how they are right now.” They spent all summer long renovating the property and opened this past October (2013). “So many businesses in the current age have forgotten the simplest rule, and that’s to be nice to your customers,” said Maegdlin. “That’s exactly what we try to do here… we try to personalize it every time.” 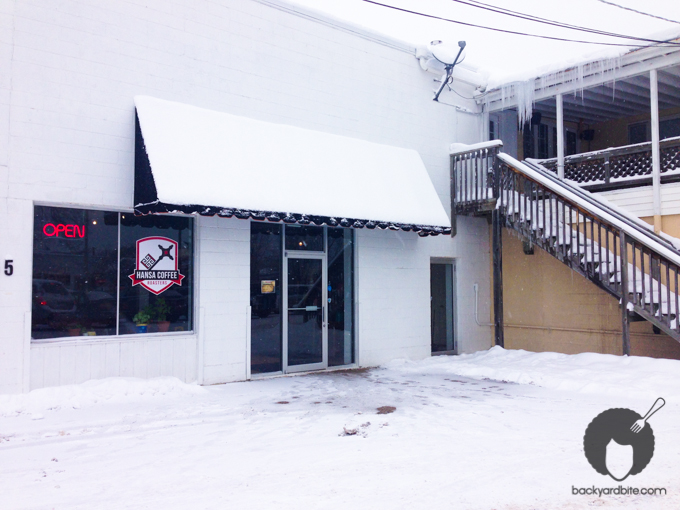 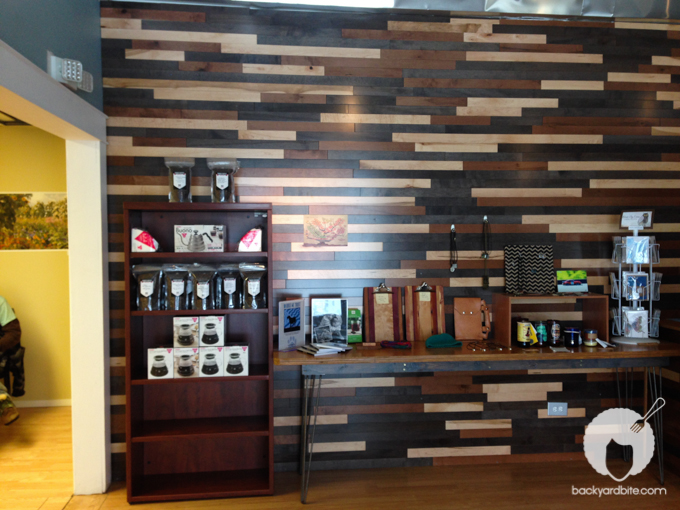 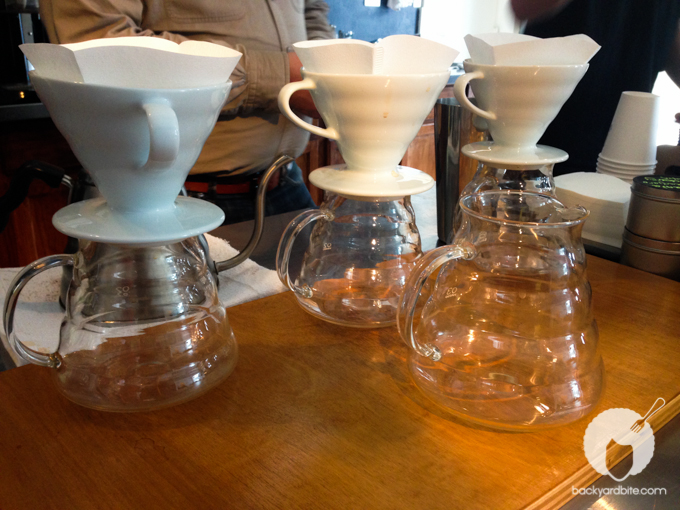 So, plans did indeed work out for me in the end. I got to enjoy some tasty coffee, and got to meet a great new small business in the ‘burbs. Libertyville is lucky to have some good  third wave coffee action, personalizing the coffee experience for residents. 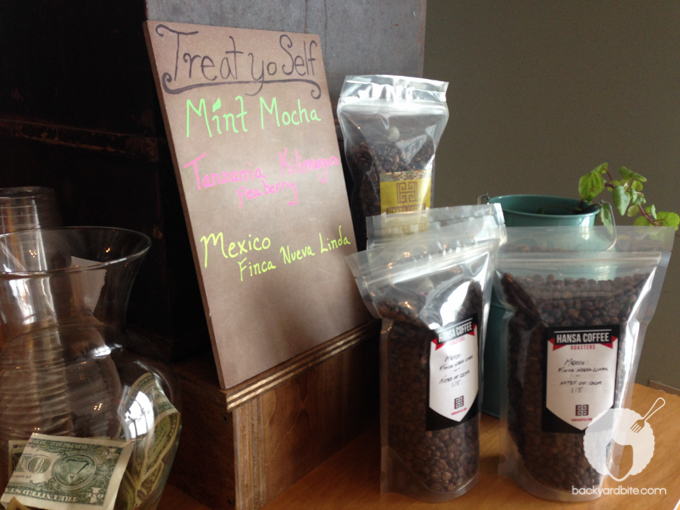 And after sitting with the phone to my ear, waiting on hold for FOREVER with American Airlines trying to get a flight out – I did eventually make it home to LA, safe and sound. So, happy ending indeed! 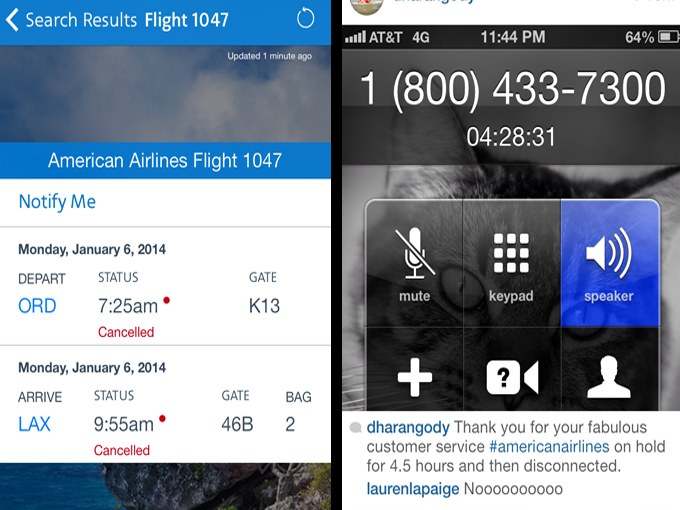