That’s right folks. I found a local donut shop in L.A. that sells the coveted New York based CRONUT! You know, that croissant/donut hybrid that has caused many New Yorkers to give up their first born son, all for a taste… of this magical stuff… 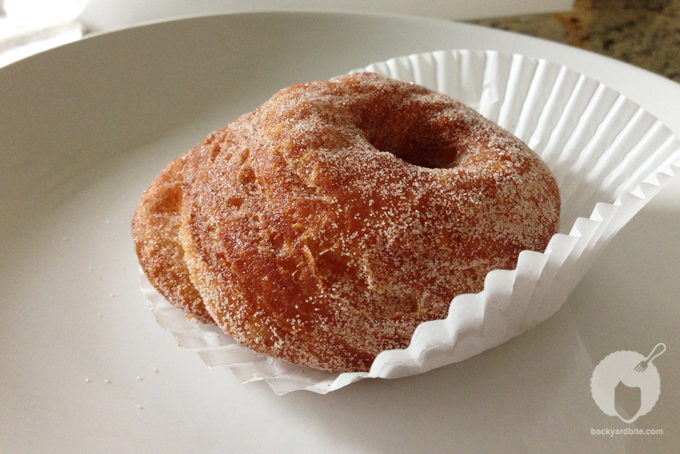 Ok, now, before you grab your keys and head out to your car in a fluffy croissant-inspired flurry, let me share with you my discoveries on this delectable sheeted pastry dough (fried up like a donut, rolled in sugar, filled with vanilla cream, and glazed and topped with sugar)… 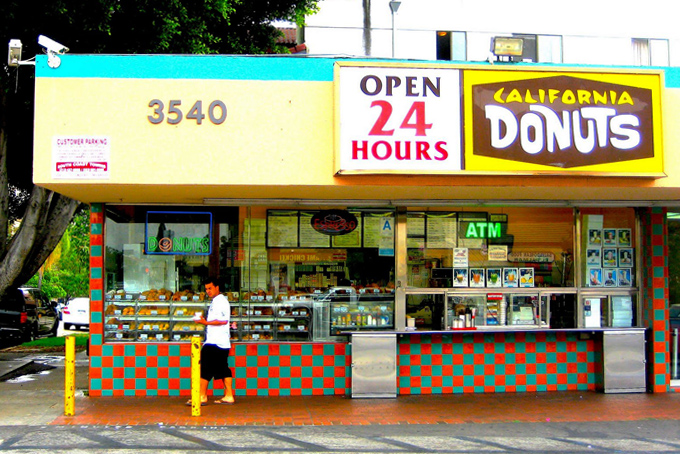 So, it all started last Sunday morning when I had a freak impulse and stopped at K-town donut gem, California Donuts to pick up these: 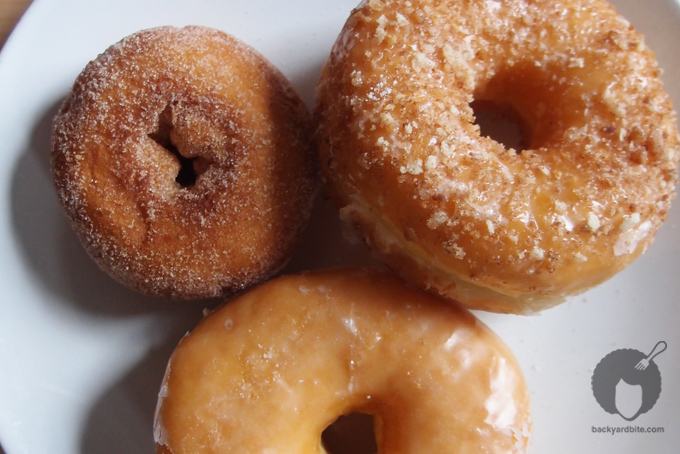 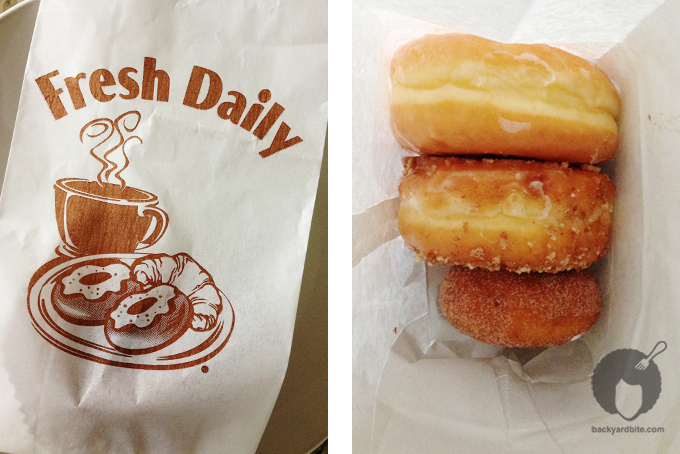 While in line, suddenly, I discovered, THIS. 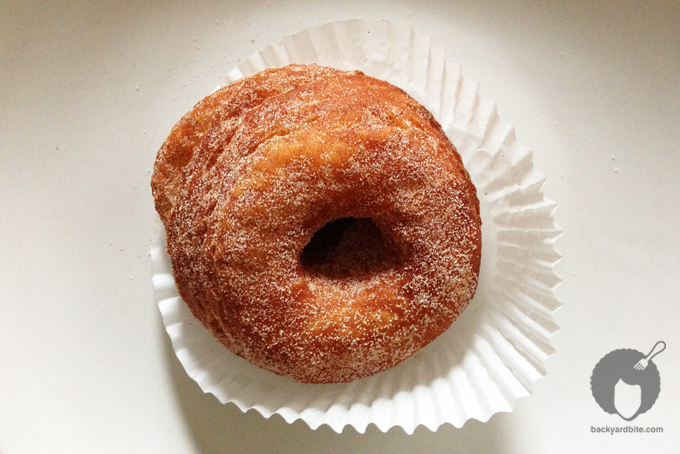 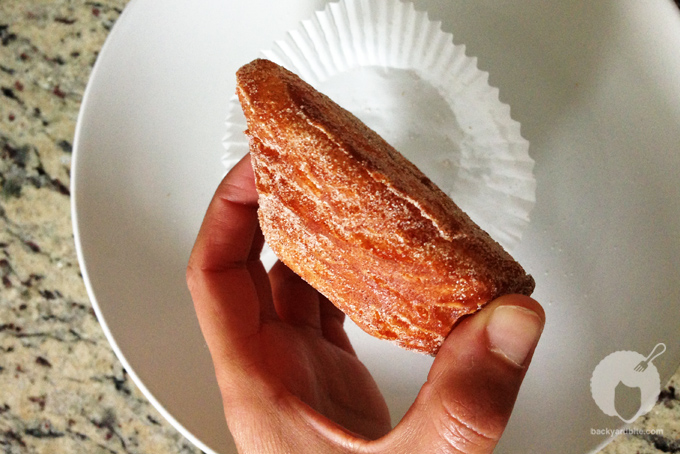 I did a double take and while the little label behind the glass confirmed my suspicions, I  had to ask the employee to be sure, “uhm, excuse me Miss, are these… cronuts!?” And she smiled and said, “why yes, they are… croissant-donuts.”

I couldn’t believe what I had happened upon. People have been freaking out lately over wanting to try these things, paying shameless scalpers on craigslist or standing in line in NYC for hours themselves.

The employee proceeded to tell me that they played around with their recipe and launched them a few weeks ago. Not many donut places in LA make their own croissants in house, she told me, but because California Donuts does, they thought they might have an edge. So they tried it as a special for a few days and then took it off the menu. People demanded that they put it back on. So, here it is. 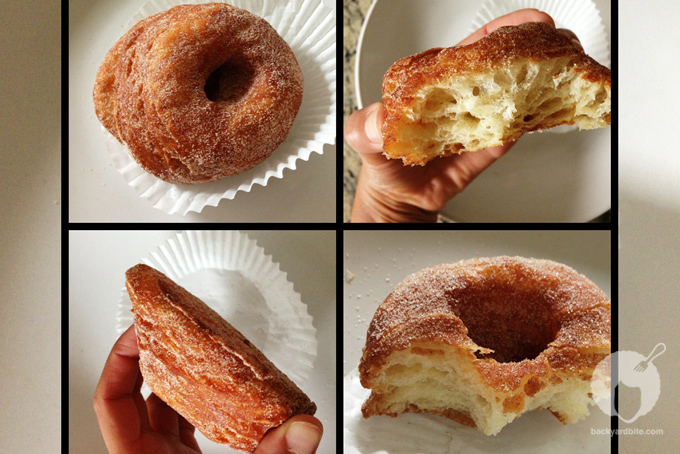 I ordered one (of course), and couldn’t wait to get home to see what all the fuss was about. The cronut looked kinda like a smashed donut. In other words, how you might imagine a donut/croissant hybrid to look. There was no frosting, no creme, no glaze on this one. Just, you know, your everyday, typical croissant/donut pastry.

It was sprinkled with a rose colored sugar and while crispy and tasty, the texture was not as flaky and buttery as I would have imagined a fried croissant to be. It also wasn’t warm. Guessing that they make these quite early in the morning, they are probably freshest at the crack of dawn. I got mine around 10:30 AM. I have read that the real cronuts in NY have a high standard for quality control and have a shelf life of about six hours. So, that could explain the not-so freshness and lack in fluffy layered texture.

I am also pretty sure these are no where near French pastry chef, Dominique Ansel‘s original (*trademarked) creations,with their layers and glaze and painstakingly perfected recipe… But, if you are DYING to have a taste and don’t want to

2) pay a scalper $100 bucks to try them, you can drive down to K-Town so you can at least say you had a taste. While you’re at it, grab a few donuts too (because that’s what they do best). The cronuts here are tasty, but I might be heading to New York after all to get a taste for the real thing…

[Update: As of this posting, I have been alerted by a fellow foodie that cronuts have also been spotted at DK’s Donuts and Bakery as well!]

**Want more CRONUT? Read about my experiences with a worthy impostor, Crognets in Chicago!**