Ever since I returned from The French Quarter Festival in NOLA this past Spring, I’ve been noticing beignets everywhere.

They are kind of my favorite thing.

It’s the official state donut of Louisiana. I find them to be pretty similar to the Hawaiian malasada.

I’m not much of a donut person, but if you can imagine a fluffy, square, croissant-like, pillowy-chewy donut with powdered sugar, then you are picturing pure bliss.

Of course,  I had to wait in the ridiculous long line at the infamous Cafe Du Monde — THE place for beignets in the Quarter. And take the obligatory picture. 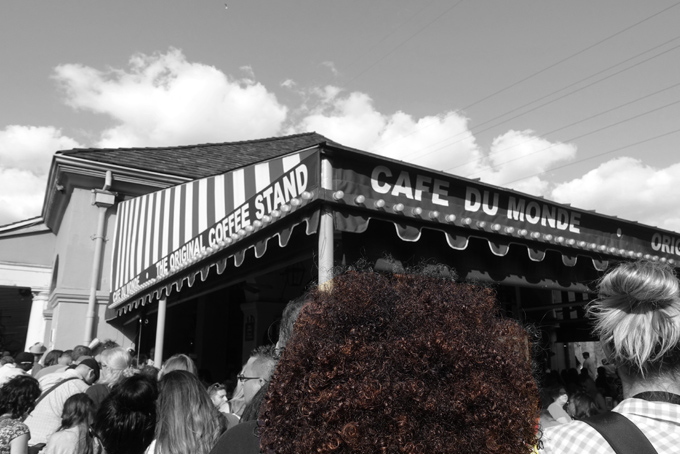 And get a Café au lait while I’m there… 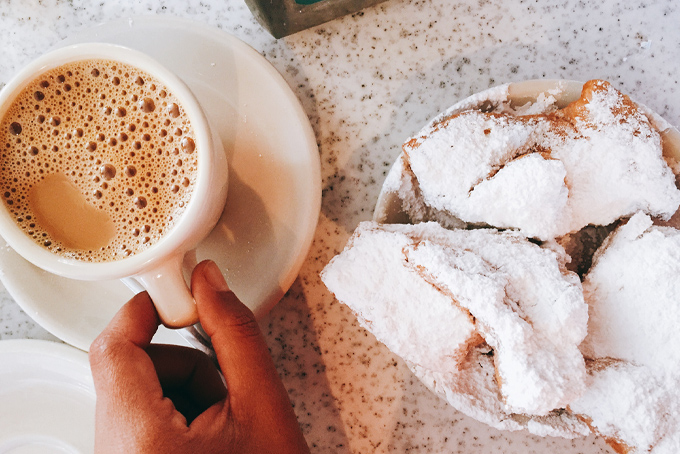 This 24-hour cafe is so crowed, you’d think they were giving the beignets away for free.

They practically ARE a steal, for $2.73 you get three of them. 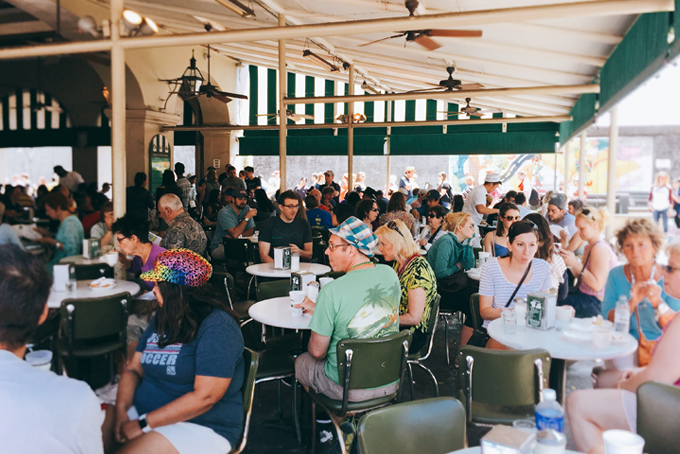 Also, while in New Orleans, I met Loretta, the Queen of Pralines (pronounced Praaaa-leen) who taught me how to make praline beignets. 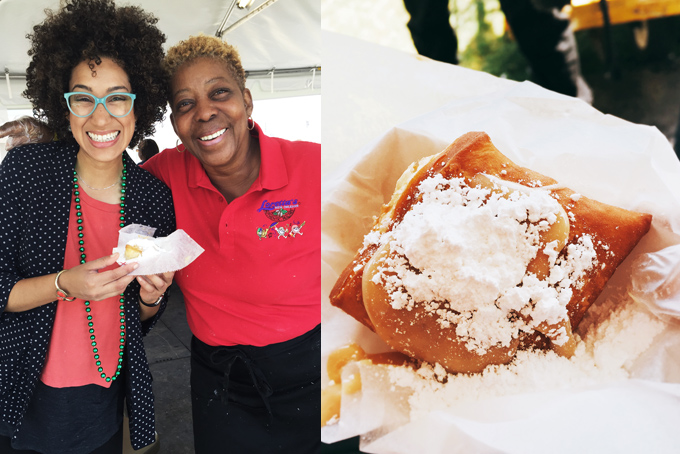 Here’s what I thought of them. 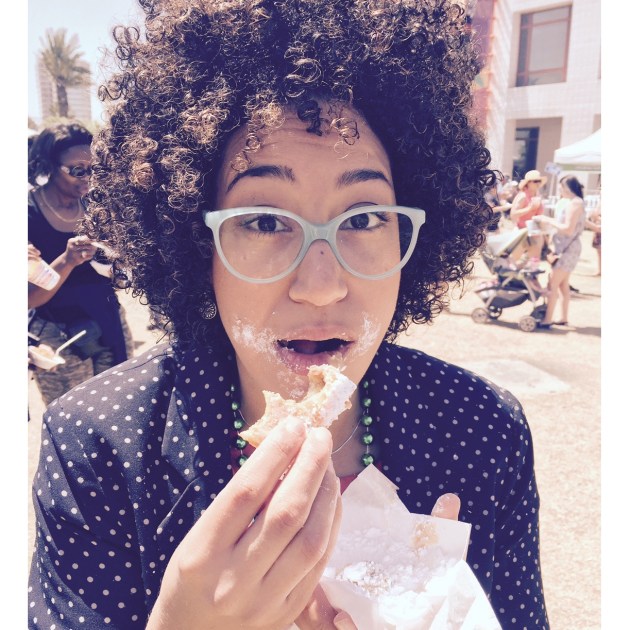 Now, I’m told there is a new NOLA style Beignet shop opening up in Beverly Hills.

I had to send a foodie designer friend to do some reconnaissance work, which she happily obliged and snapped some photos for me. 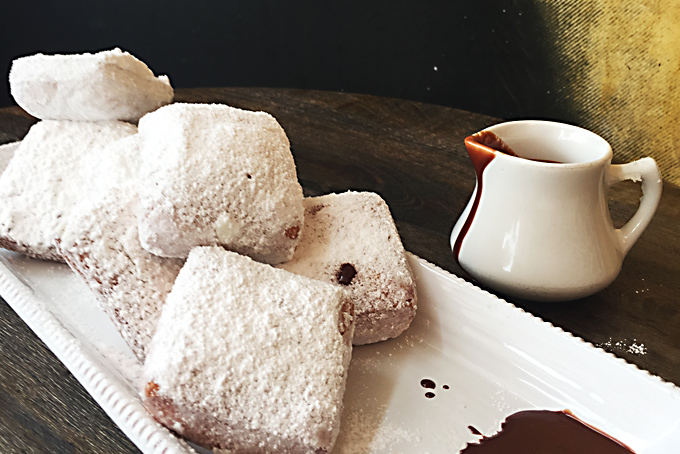 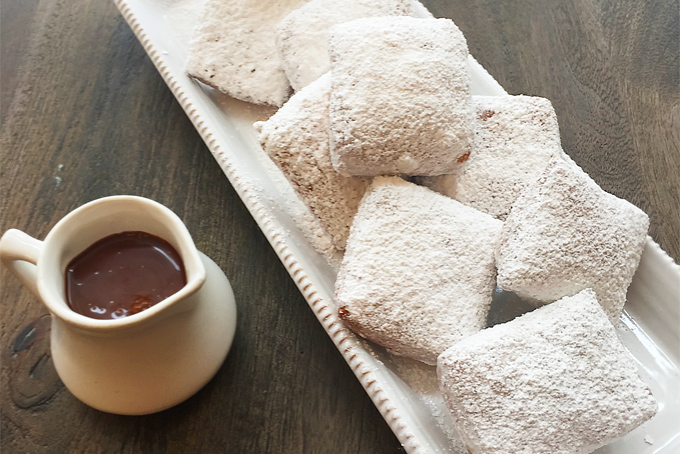 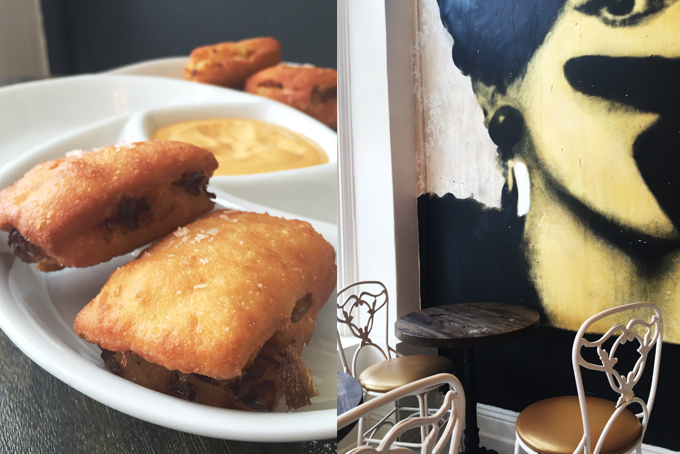 She says the new cafe is cute, very “french”, and she compared it to Cafe Du Monde but “less messy — light and fluffy”.

If you’re in LA check out Beverly Hills Beignet, which just opened up. Here’s their menu.

And of course if you’re ever in NOLA… Cafe Du Monde is a must.

*Update: As of 2017 Beverly Hills Beignet has reported closed.