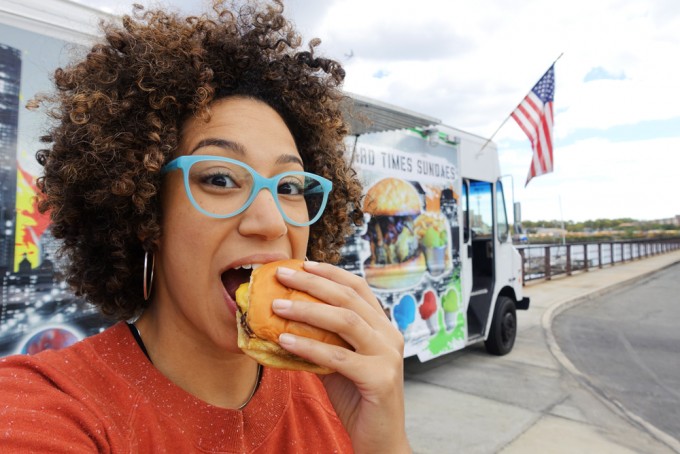 I never thought I’d say such a phrase, but there IS such a thing as too many burgers. Last fall, I was invited to join a group of New York food experts in their search for the best burger in New York City.

New York isn’t typically the first place I’d think to do a burger crawl. I was skeptical and curious as to what we might find.

“Guys… are you sure you don’t want to do a PIZZA crawl instead?” I tried to reason with them. Alas, it was to no avail. Off I went to the Big Apple for five days with the task of finding the tastiest meat on buns.

They insisted that New York had the best burger. I was a bit doubtful, yet at the same time, I was eager to be proven wrong. We ate SOOOOOOOOOOOOOOO many burgers, like, SOOOOOO many, that by the end of the crawl, my body wanted to punch me in the face.

If you ever find yourself in New York and want to get some of the tastiest burgers around, take a peak at this list for reference.

Here are just a few of the places where we ate:

A little craft beer and cocktail bar in Manhattan’s upper west side. It’s classic yet retro and the place to begin our journey into Meatland. 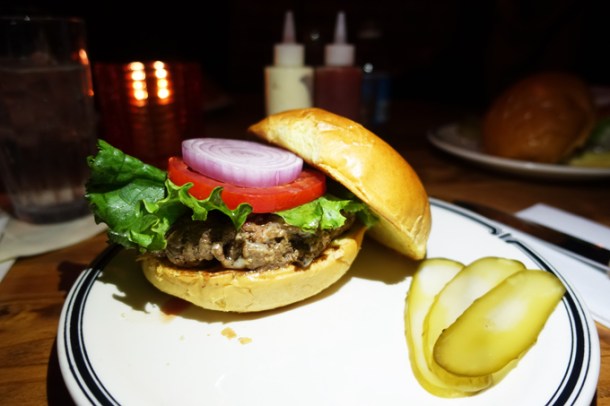 A classic simple burger to start us off right.

Deliciously upscale. An old-school joint, not wanting the restaurant to be defined by its burger, the owner insists that they serve only twelve every night, plus you can only eat them at the bar. When they run out, they run out. For $19 bucks you get a sweet, brisket-heavy LaFrieda blend of meat, triple-cream St. Andre cheese, wilted watercress, cornichons, and a delicate challah bun. Yeah. Fancy. 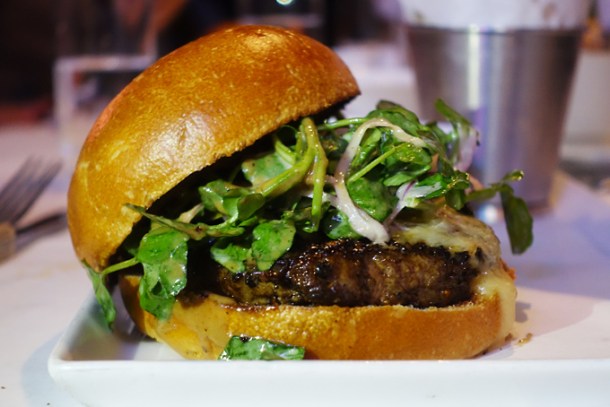 Some of the gang argued that it IS the best burger in NYC.

My personal favorite of the bunch. This is the amazing little burger truck that could. The owner lost his restaurant after Hurricane Sandy, and has now rallied to get his cheesey, squishy, bacon-y, deliberately unfancy ground chuck patty-flavor bomb into Midtown. The flavor is all in the grill, which the chef never cleans. That’s the secret. I ate three of these in one afternoon. 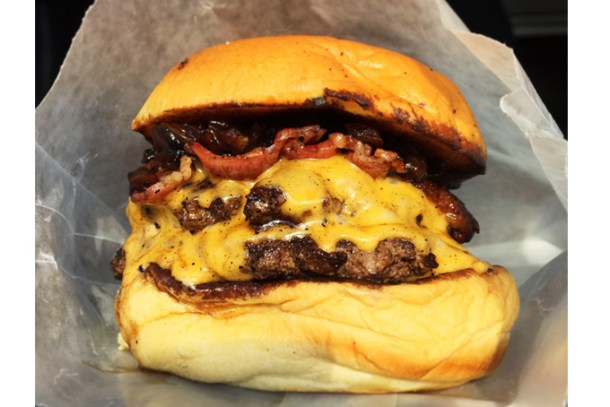 It’s juicy and dirty and just how I like it.

An off-the-menu lunchtime burger. You can’t get it in the main dining room, but you CAN get it at the bar, and you should. 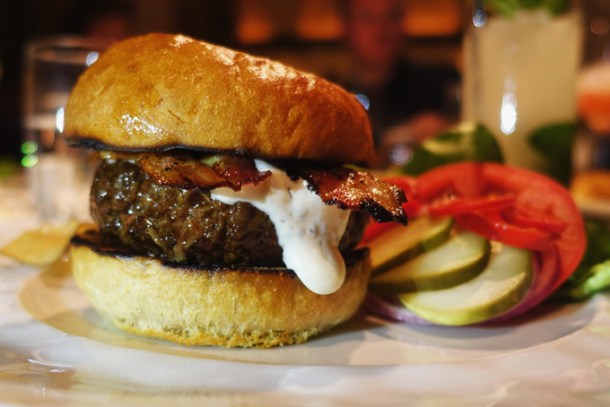 It’s the kind of burger you’d enjoy with a nice glass of red wine.

Known for their gigantic juicy steaks and yummy sundaes… 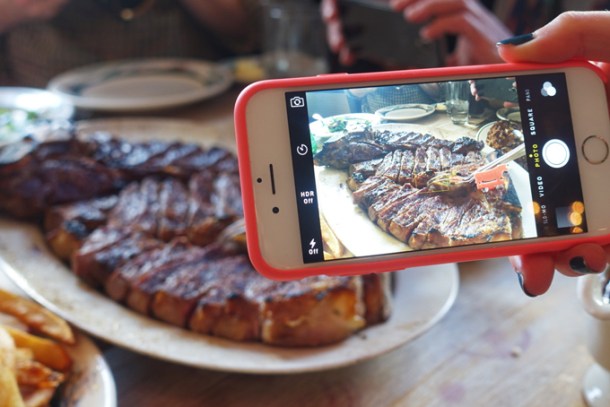 We couldn’t JUST get the burger, so we ordered the USDA Chopped Steak too.

But you should also know this place for it’s cute little burger. It’s cheesy, cooked medium rare and damn tasty. 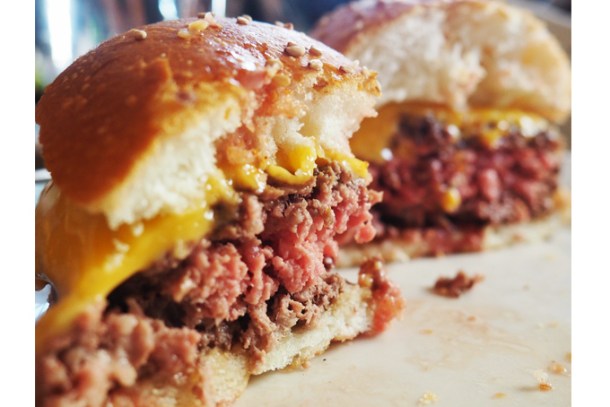 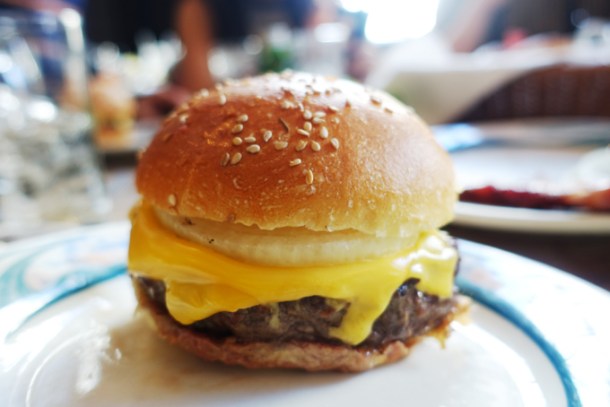 At this point, we’ve been eating so many burgers, I couldn’t keep track anymore. I was getting FULL. We started to cut them in half and then eventually in fourths just to try every one. 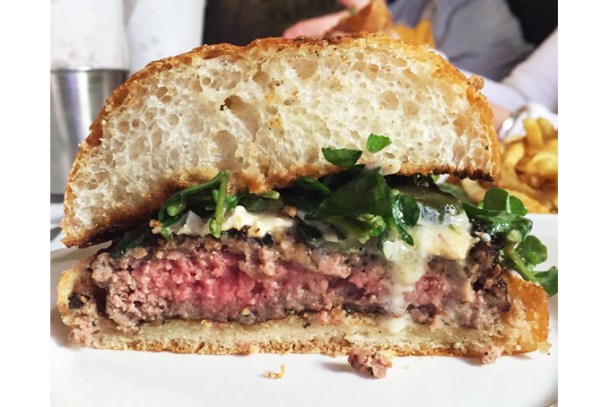 “Mystery burger??” No idea where this was. Just a random picture I found on in my camera roll from the trip.

A much needed break from burgers, I skipped a meal with the gang who went to The Brindle Room. Instead I went to Brodo to get some bone broth for a mini-detox from eating all the meat! 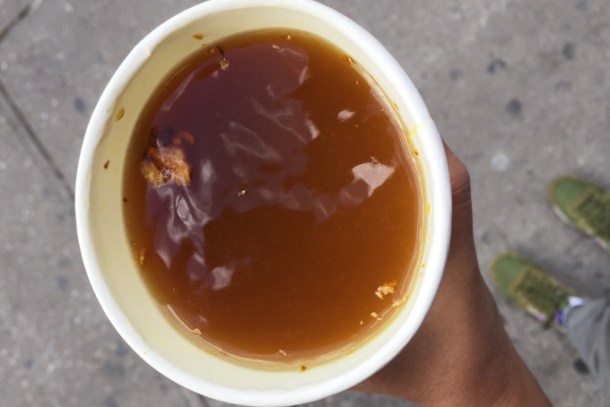 Later, we stopped over to the New York Food and Wine Festival and and ate about 15 more burgers at the Rachel Ray Burger Bash. 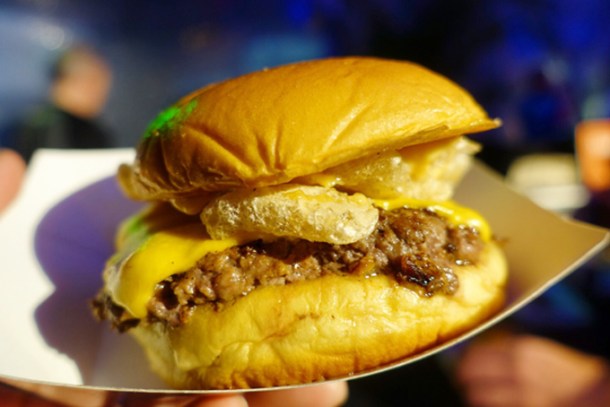 Couldn’t do a burger crawl without NY’s own Shake Shack. This was a special pork rind burger we tried at New York Food and Wine’s Burger Bash. 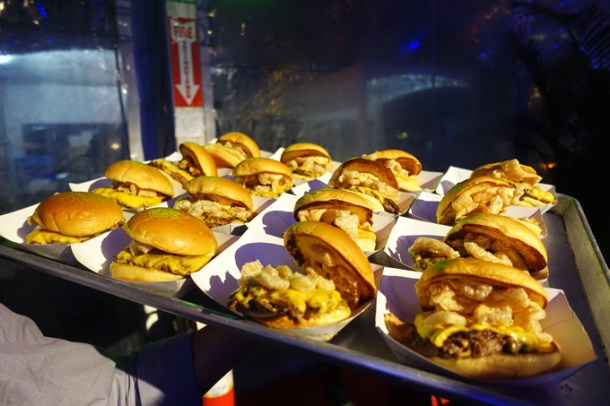 After 5 days of meat, I had to finish off my trip with the OPPOSITE of burgers. 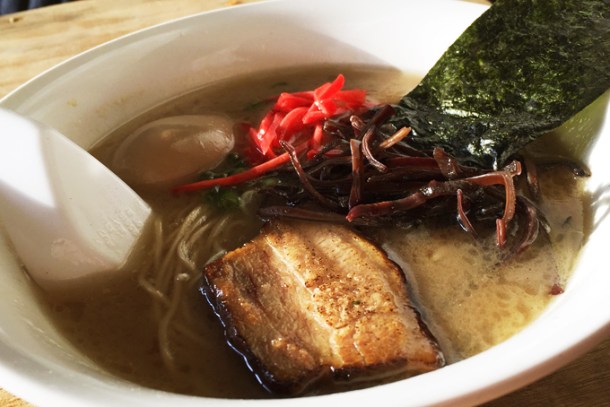 This is only a brief sampling of some of the burgers we ate.

The other bloggers continued on for a few months and ate over 100 different NY burgers!

Click here to view the list of the Top 10 Best New York Burgers as rated by Foodie Hub.

And here’s the one they voted the BEST in New York!: