I love the layout of this clean, airy, organic-vegan hotspot. It’s only been open a few months in LA, but is already making a name for itself on the north end of the Larchmont and Melrose row. One of eight California locations, I’m glad they chose to pop a squat their newest location near my neighborhood! 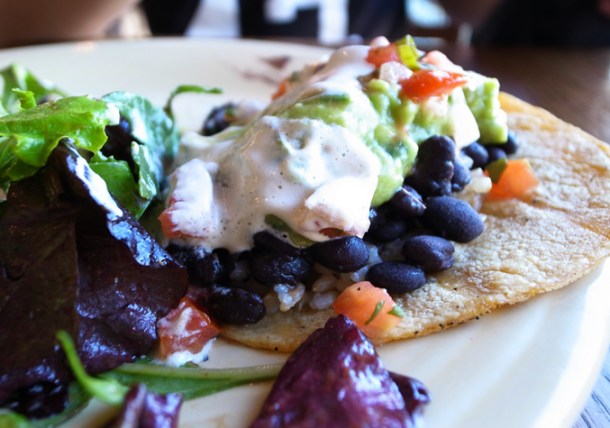 I’ve never been a vegan or raw-food kinda girl, but lately I’ve been finding that my body is craving fresh vegetables and light nutrient heavy food. This place is so delicious. I spent 2 hours here on Friday and was already making plans with a friend to go back the next day. There is so much on the menu that looks and sounds delicious. For example, the “I am Fortified”, which I devoured, was chocked full of sautéed cooked vegetables and kale, or your choice of brown rice or quinoa (pronounced Kee-no-ah). The sesame-ginger sauce was pleasant and not too over powering. Also got to try the tacos which, though meatless, were chocked full of savory flavors and pleasant sauces. 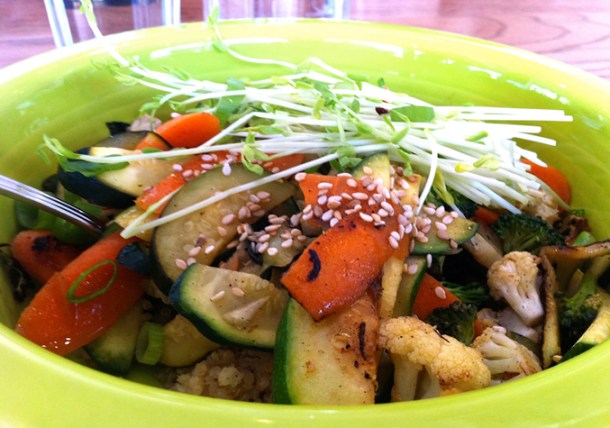 Stop by when you need to refresh and detox. Have a smoothie or juice to energize you up. I sat at the bar and got to sample their “I Am Grace” blended drink which featured young coconut milk, almond butter, dates and vanilla. It was creamy, light and super refreshing. It’s the kind of drink that makes you want to say, “Ahhhhhh.” 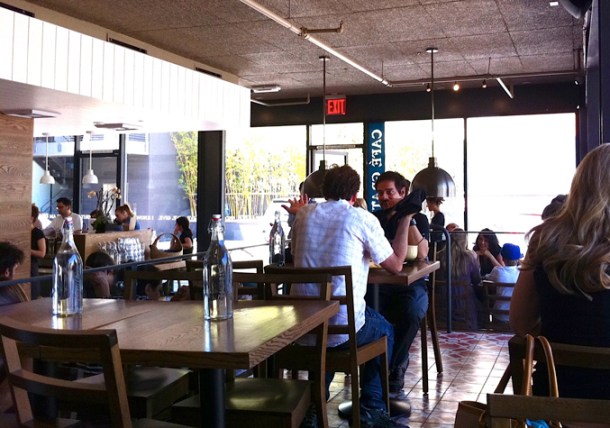 While some food here is raw and some is cooked, everything looks and sounds delicious! Yes, I know, if you’re not used to vegan, it can seem a bit weird and intimidating, but trust me, you’ll like it!

Word to the wise, they also feature a dish for the less fortunate. It’s called the I Am Grateful bowl. Loaded with kale, quinoa, black beans and garlic-tahini sauce. Besides being filling and delicious, it’s also free. You can pay the suggested value of $7 and it goes as a donation for those who cannot pay. Or you pay a little or, nothing. It’s a “community supported grain bowl.” I don’t think I’ve ever heard of a restaurant to offer such a thing, especially in hard times like these. I’m blown away to see a place do something like that. This place deserves your business. Check em out!

Oh, and they have outdoor/indoor/bar seating and free wifi. Win, win, win, win. 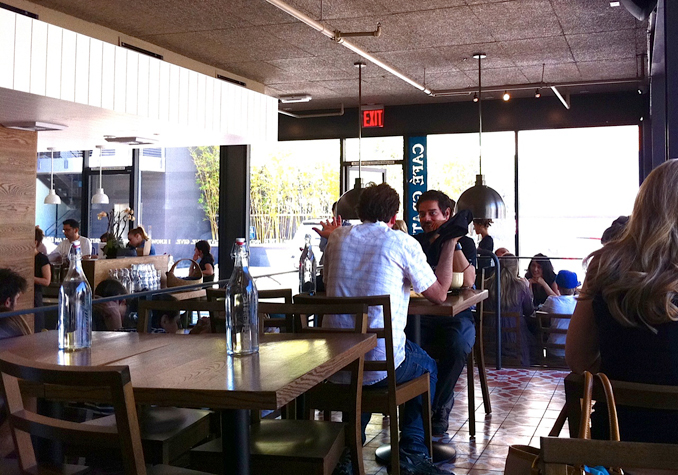 Inside Cafe Gratitude - Photo by The Backyard Bite

Why You Should Have Your Coffee… Delivered