If you ever find yourself on the big island of Hawaii, make sure you pay a visit to the Hawaiian Vanilla Company. It’s nestled high above in Paauilo, along the Hamakua Coast. It’s a bit of a trek, but for this foodie, the tour was fascinating (and delicious!). This family owned and operated vanilla farm is a one-stop shop for learning all about this mysterious orchid. 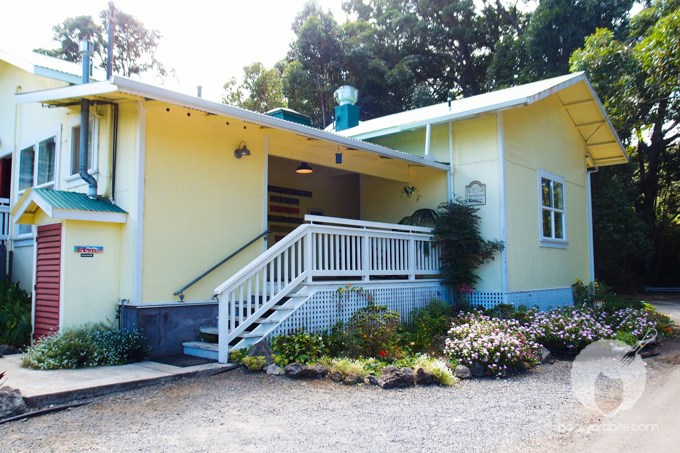 Our drive from Kailua-Kona took us about 1.5 hours up the winding stretch of land northeast to Waimea on Highway 19 (it’s about 4o minutes from the Hilo side). Once we turned off the highway, there were lots of winding one-way roads… I could see why people have trouble finding it — it’s WAY up there. However, my GPS had no problem getting us to the little yellow house. (pictured above) 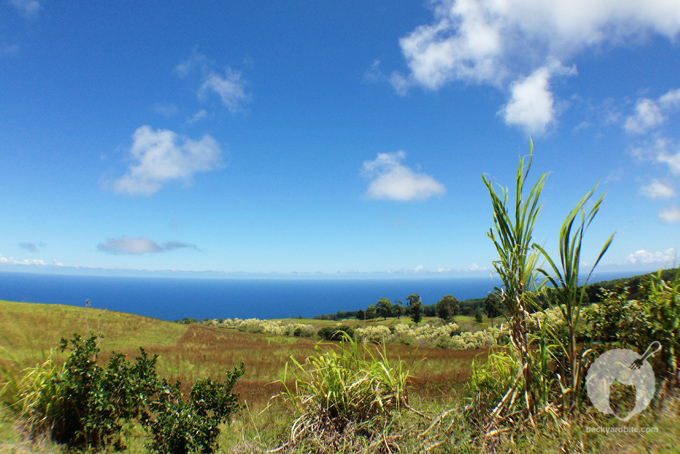 Along the way, I couldn’t help but take pictures of the scenery. With each turn we saw one stunning sight after the other – clear waters and beautiful forests and mountains. Coming from Kona which was mostly black lava rock, the greenery was a pleasant visual 180.

The trees kissed the sky and the ocean water was a vibrant turquoise. It was such a beautiful morning drive. That would have been enough for me, but then I remembered, “oh yeah, we’re going to learn about vanilla today!” Double score. 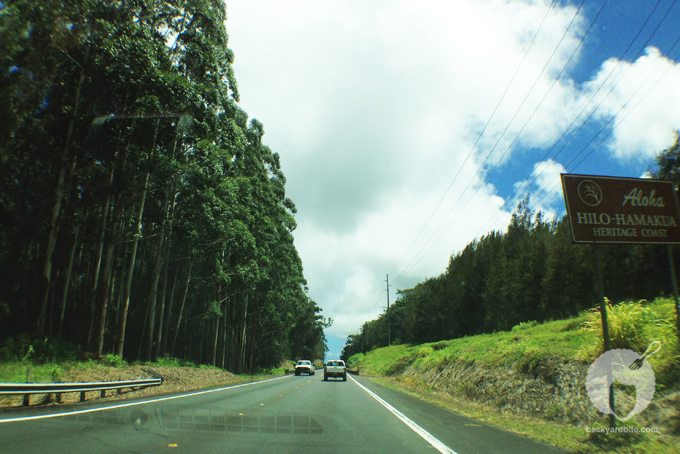 We made it up to the little yellow house where the vanilla-infused luncheon was just about to begin. 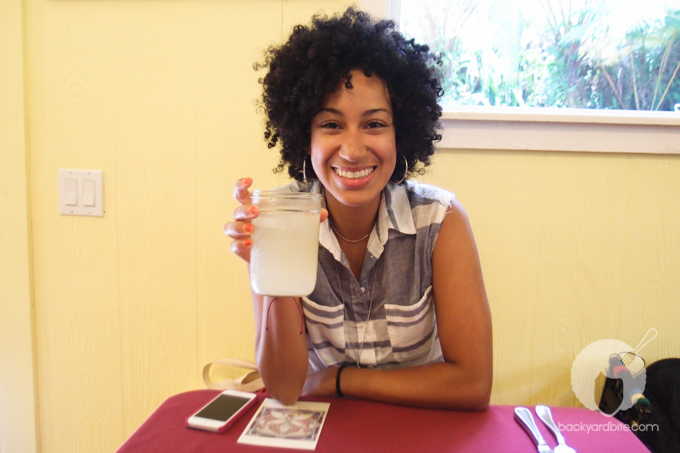 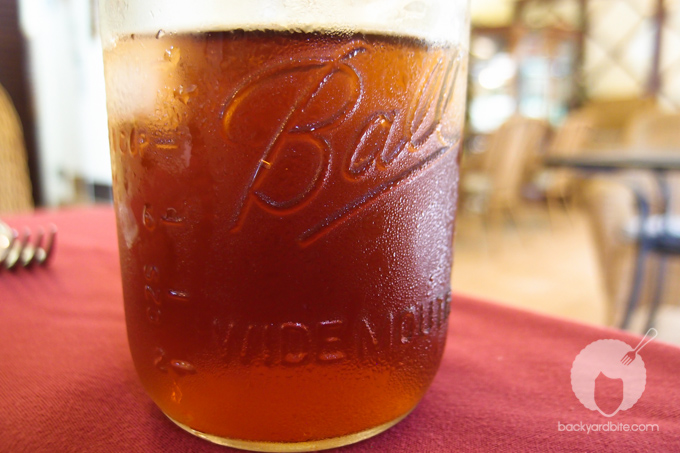 To start off the lunch, a simple amuse bouche which was prepared right in front of us. It was a vanilla garam masala (I ended up buying a packet of this seasoning because it was so good!) spiced shrimp on a crostini with pineapple chutney. We were taught that vanilla is a flavor booster and can (and should be) added to dishes to help round out flavors. 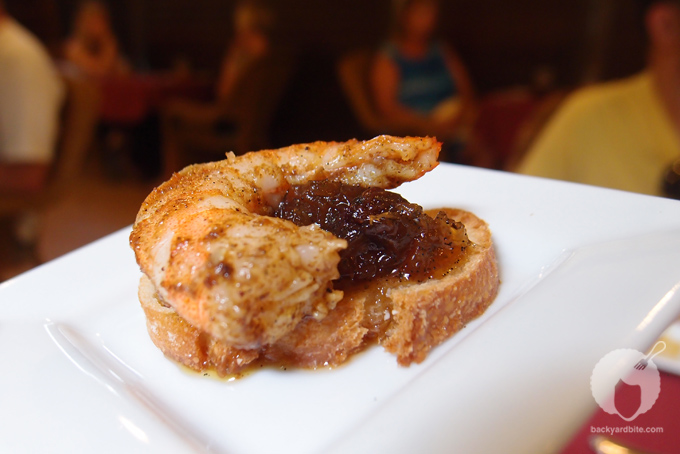 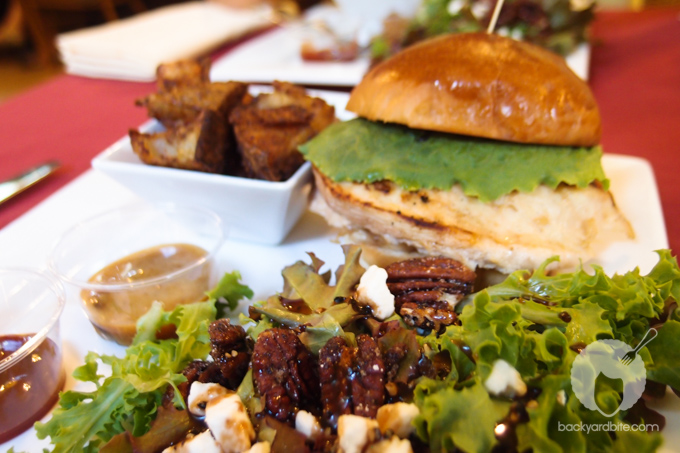 Followed with vanilla ice cream for dessert, of course. Everything was made on site, in-house in their kitchen. 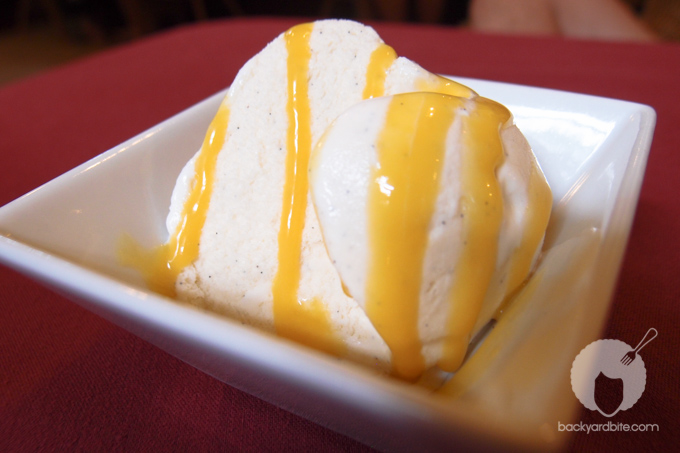 Our tour for the day consisted of a crash course in all things vanilla, an education in vanilla pollination and a lesson in how to make vanilla extract from scratch. 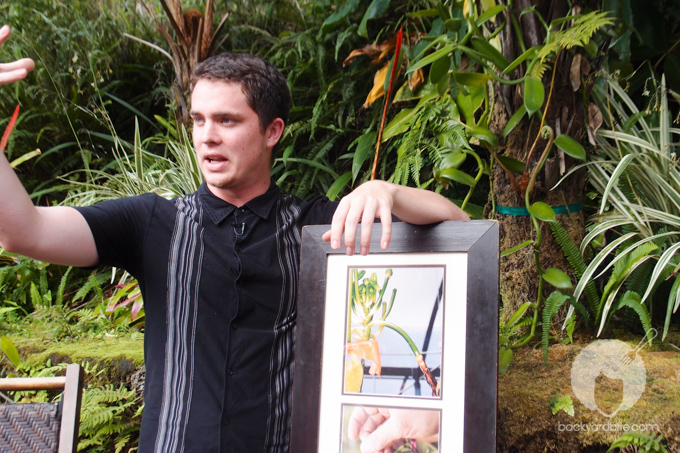 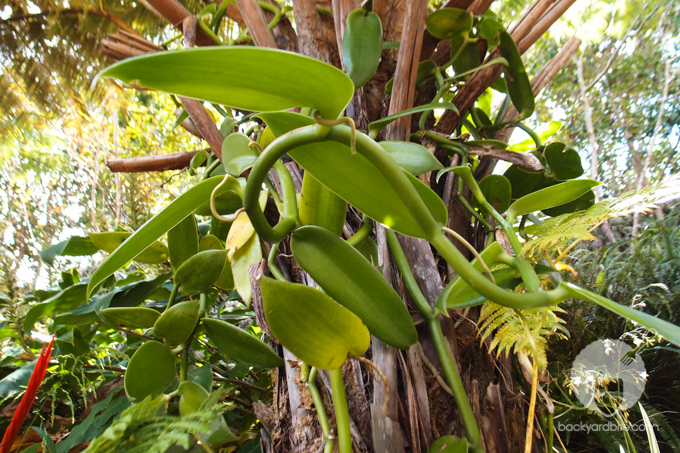 The vanilla orchid in all her glory

The lesson concluded with a brief walking tour of the family’s vanilla mill. 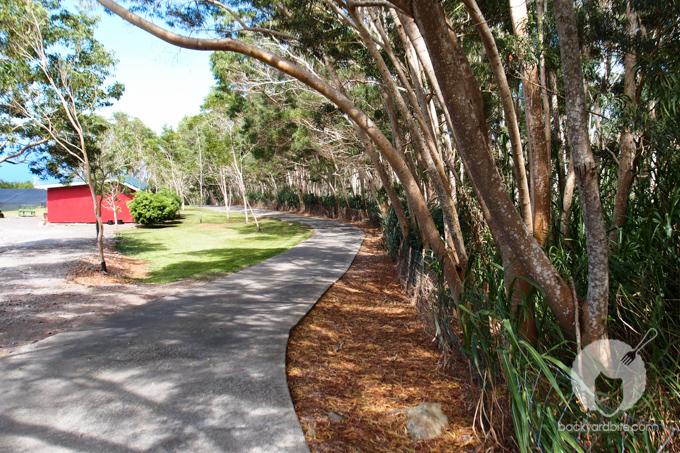 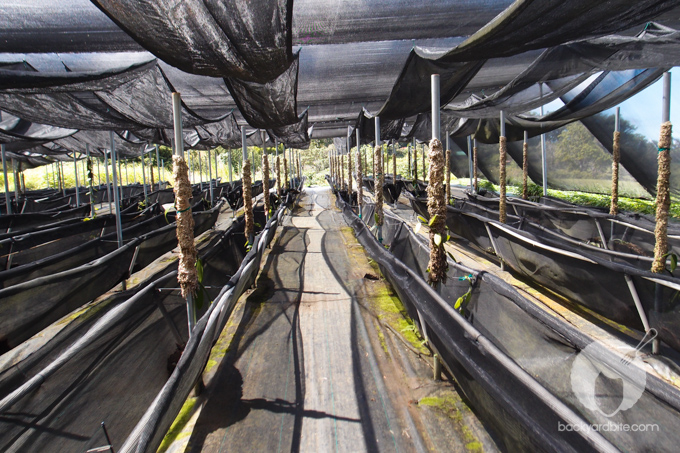 Inside the vanilla vineyard

Ian Reddekopp, the owner’s 19-year-old son was our tour guide. The amount of knowledge this young boy posesses, you would think he was born with a vanilla bean in his hand! I learned so much about vanilla from him. For starters, did you know that it has to be hand pollinated? The bees can’t see the green orchid plant so they don’t do it. 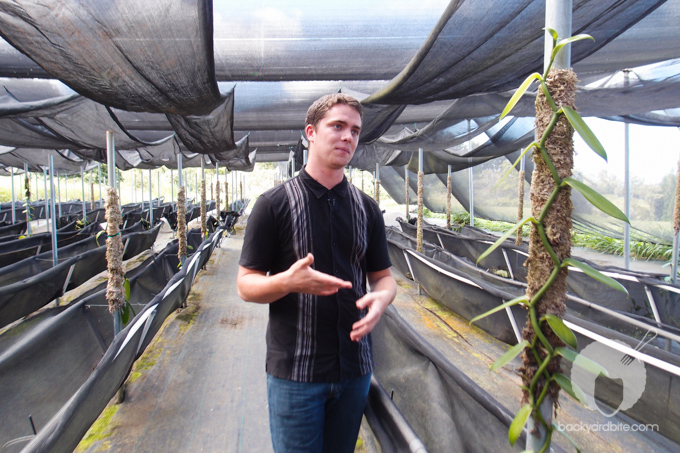 The orchids open for just one day a year and for only four hours. Each fruit ripens at its own time, requiring it to be harvested daily. 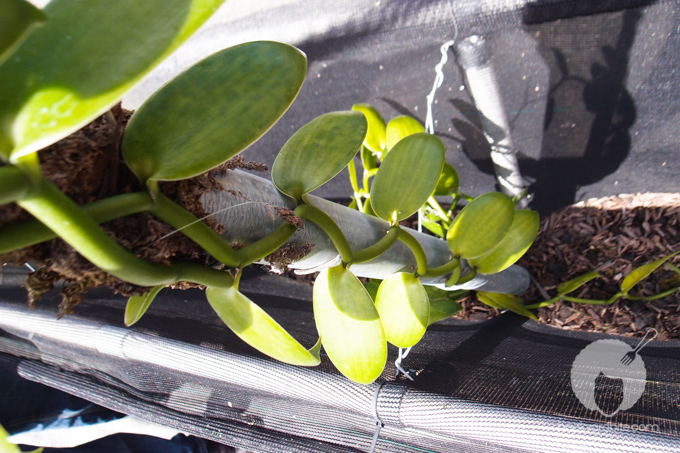 An unassuming yet powerful plant

There are a lot of strict rules and regulations in the US when it comes to vanilla in order for it to be certified because it is considered a fruit. It takes about 4 years for the plant to actually grow, sprout a flower and after pollination, nine months later, result in the bean. Geez! If you ever thought about going into the vanilla making business – you might want to reconsider. Ha! It takes a lot of hard work and patience! 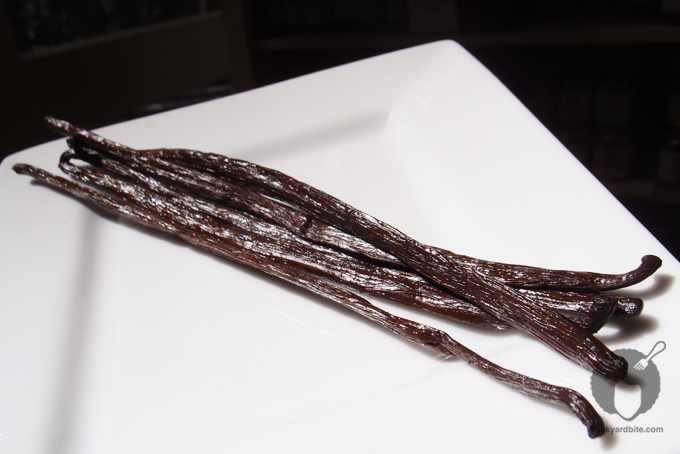 If you have the time, I highly recommend the 2 hr. luncheon + tour. For the value, it’s a good meal and a vanilla education that’s fit for a foodie. 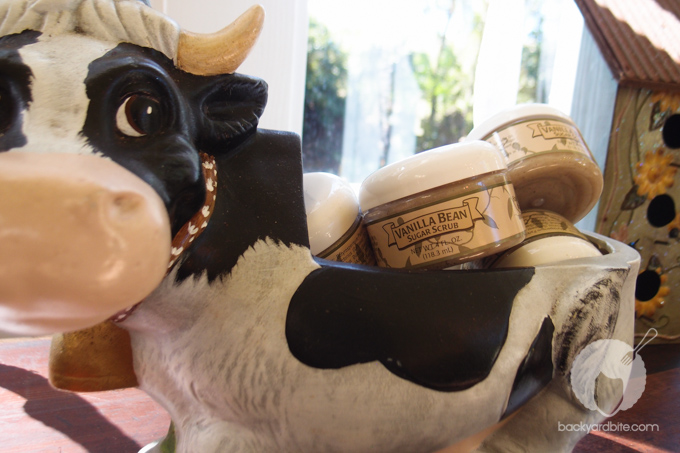 There’s vanilla in everything!

Lucky for us, we went home with a DIY vanilla extract recipe. I may not ever grow my own vanilla beans, but at least I can make my own extract at home! It is surprisingly easy to make as it only requires 4 ingredients. Click here for the How To. 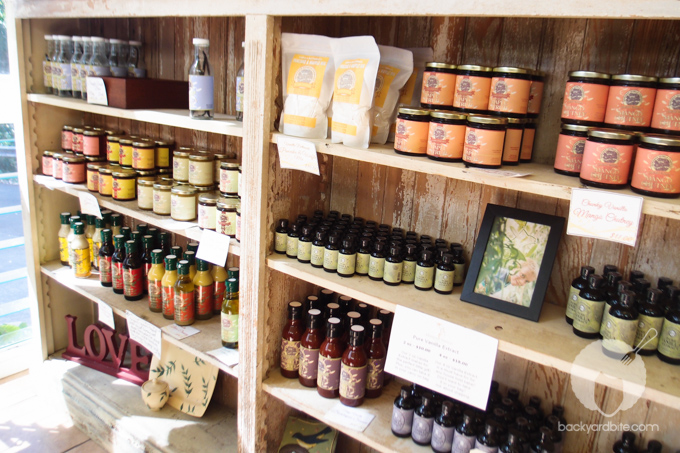 Inside the shop! vanilla… everything!

[I was a guest of the Hawai’i Visitors and Convention Bureau and their partners. Mahalo for having me as your guest! All opinions expressed are my own.]

My New Series! : Quest for the Fest with Tastemade